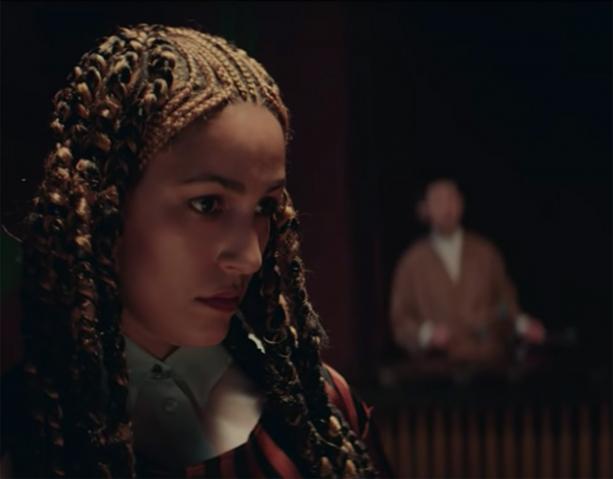 via The Wire: Home https://ift.tt/2Jadiol

The Wire Adventures In Sound And Music hosted by Shane Woolman 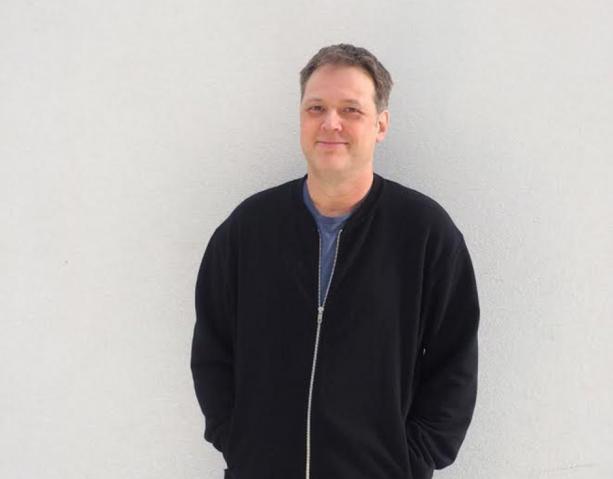 via The Wire: Home https://ift.tt/2zrKg3V Anna Meredith is a composer, producer and performer of both acoustic and electronic music.  Her sound is frequently described as ‘un-categorisable’ and ‘genre-defying’, straddling the different worlds of contemporary classical, art pop, electronica, ambient installations and experimental rock, or as the Guardian puts it, “majestic bangers”. Anna’s new project Anno was conceived when Scottish Ensemble Artistic Director Jonathan Morton drew parallels between Anna’s writing style and that of Vivaldi and he approached Anna about creating a new piece, using a mix of strings and electronics.

As one of the most recognisable pieces of classical music of all time, Vivaldi’s Four Seasons was the perfect piece for Anna to work with. She began crafting experimental and newly written partner pieces to sit alongside Vivaldi’s original Four Seasons compositions. The new album Anno, to be released on Moshi Moshi Records in August, is now available to pre-order on PledgeMusic and we were very lucky to get a few minutes of Anna’s valuable time to talk about this and a few other musical topics, close to her heart.

Your new project Anno currently available to pre-order at PledgeMusic is a collaboration with the Scottish Ensemble string orchestra, in which original pieces of your work are intertwined with Vivaldi’s Four Seasons to be released in August. It’s a unique approach; how did this all evolve?

It took me a while to get my head around how to place my music alongside music as well known as the Vivaldi, but once I’d decided the way forward was to create partner pieces, not directly working with the Vivaldi score. It almost felt like we were collaborating together and I could start to develop the shape for the entire piece as a whole.

Composing partner pieces to existing classical music scores as in Anno must present some unique challenges, can you give us maybe one or two insights as to how this affects your own creative writing process?

I had to make sure that the pieces I was writing were as strong and as memorable as the Vivaldi ones and also that they worked in context. So, if the Vivaldi material was bright and fast, I would have to create something that would place it in the right light, if you see what I mean. I like working with small cells of musical material and repetition in a way that I’ve discovered feels quite similar. The disconnection might not be as distinct as you might think!

In 2016 you released your debut studio album Varmints to great critical acclaim; do you have any special memories of that period that you can share?

As someone whose career until this point had been based on working on my own – writing music for other people to play – 2016 and 2017 have been a different kind of experience working on developing a single kind of project and playing gigs where people know the material, rather than writing original material for each new concert. It’s been so amazing to perform to audiences who know all the words and know the songs and for me to work on an entirely different side of my creativity.

You recently mentioned (on Twitter) that album #2 and the follow-up to Varmints is ‘coming soon’; any news or information that you can give us on this?

I’ve just finished a big orchestra piece – Five Telegrams – which has some pretty high-profile performances over the Summer and then I’ll be getting back to working on the follow-up album. I’ve got some works I’m happy with in demo form, but a few more yet to write, so watch this space.

You are appearing at the Edinburgh Festival in August performing the Varmints album with the 30-piece Southbank Sinfonia orchestra… it sounds incredible, can you give us a bit of a preview of what the Edinburgh audiences can expect?

I’ve been lucky in that all the guys in my band are equally creative and have classical training like me, so as I had other projects on, they were able to take over the demanding job of orchestrating the entire album and I was able to just rock up and be part of the performance. It’s a really incredible sound and amazing to hear these compositions fleshed out, with both orchestral and instrumental colour and the Southbank Sinfonia perform it with incredible energy and talent. We previewed them at the Queen Elizabeth Hall back in April and people seemed to love it, so I can’t wait to take it on the road.

Can you recall the first piece of music that made a lasting impact on you?

Last album you bought and the first that you purchased with your own money?

What album has survived all your house-moves?

What is the first concert that you remember going to?

(We are assuming that this was a show during the 1993 Reunion Tour…..and not when the band originally formed, back in the 60s! ED.)

Perfect show: what makes it for you as a performer and speaking of which, care to pick out one or two memorable ones that you have performed where all the above seemed to come together?

My Life’s Playlist – what 5 pieces of music are special for you.

from PledgeMusic News https://ift.tt/2m8OxzO
via IFTTTTake a look at what’s at PledgeMusic

Last week’s release of John Coltrane‘s The Lost Album: Both Directions at Once triggered a rush of Trane fever, with fans of the iconic saxophonist buying the album in such numbers that it charted at No.15 on the Official UK Album Chart.

See the July issue of Jazzwise for an in-depth look behind Coltrane’s The Lost Album: Both Directions at Once

from News https://ift.tt/2ulwHx5
via IFTTT
Take a look at what’s in Jazz at mandersmedia on Discogs

If you want to learn about the magazine industry and love classical music, why not apply for a work experience placement with us?

We are looking for people interested in a career in music journalism. An in-depth knowledge of classical music and a flair for writing are essential for the role.

During your placement in our Bristol office, you can expect to do research, write material for the website and undertake a host of other tasks. In return, you’ll get an invaluable insight into how a magazine is put together and a chance to see if magazine journalism is the career for you.*

If you think a work experience placement with BBC Music Magazine is for you, please email freya.parr@immediate.co.uk with the following attachments:

*For legal reasons we are unable to accept applications from under 18s.

Classical-Music.com Six of the best… First Nights of the Proms

The very first First Night was back in 1895, at London’s Queen’s Hall. It was certainly a generous programme, with conductor Henry Wood limiting himself to pieces by a mere 22 different composers. Liszt, Bizet, Chopin, Wagner and Saint-Saëns are among the names still familiar, Cyrill Kistler, Joseph Gungl and Tito Mattei rather less so.

15 soloists joined The New Queen’s Hall Orchestra; the audience was large and enthusiastic. ‘If the succeeding concerts… are as brilliantly successful as the first of the series,’ wrote The Guardian’s reviewer, ‘No one interested in the venture, either financially or artistically, will have reason to complain.’

Three years after the BBC had taken over the running of the Proms, the organisation introduced its new ensemble to the great festival – for the first time, the First Night was performed by the BBC Symphony Orchestra, taking over from the Henry Wood Symphony Orchestra.

For its debut outing, the BBC SO treated the Queen’s Hall audience to a lengthy programme of favourites by Stanford, Mendelssohn, Richard Strauss, Charpentier, Rossini, Tchaikovsky, Parry, Dvorák, plus the Proms premieres of Raymond Huntington Woodman’s An Open Secret and Henry Clough-Leighter My lover, he comes on a skee. A new era had began.

To celebrate the centenary of the Proms, this First Night truly was one to remember as Sir Andrew Davis conducted Mahler’s massive Symphony of a Thousand. The stage was fit to bursting, with members of a trio of cathedral choirs, the BBC Symphony Orchestra and Chorus, the Philharmonia Chorus and the City of Birmingham Symphony Chorus. As you can imagine, they really raised the roof!

In the summer of 2012, we commissioned Mark-Anthony Turnage to write us a fanfare to celebrate BBC Music Magazine’s 20th anniversary. Canon Fever is riot of multi-layered brass and percussion with ‘Happy Birthday’ cunningly hidden within its textures. And, of course, we were delighted when the BBC Proms decided to kickstart that year’s season with the piece’s world premiere performance, the BBC Symphony Orchestra’s brass section deserving a medal for their virtuosity – and enthusiasm!

What made this Prom particularly poignant was the impromptu rendition of the French national anthem to open the concert. Sakari Oramo led the BBC Symphony Orchestra in the anthem as a tribute to the victims of the Bastille Day attack, that had taken place the day before. The stage was lit in red, white and blue and the audience took to their feet. It was an incredibly moving gesture of solidarity for everyone there, and it is an evening the audience will struggle to forget.

This week's free download is the prelude to the third lesson of Charpentier's Leçons de ténèbres, performed by Arcangelo, conducted by Jonathan Cohen. The disc it appears on was awarded four stars for both performance and recording in the July issue of BBC Music Magazine.