Einojuhani Rautavaara is a most wonderful composer of the 20th (and 21st) century; a giant of beauty who left a catalogue of great music when he died in the summer of 2016. I first noticed him when the then barely 20-year-old Finnish conductor/violinist Mikko Franck… Continue Reading

Singer-songwriter Tom Rush talks about his “Voices”…and other voices he has found. ►

The post Tom Rush: In an original voice appeared first on Goldmine Magazine. 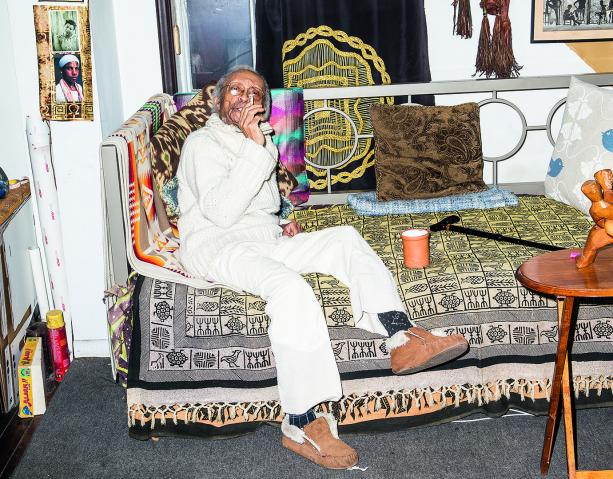 via The Wire: Home https://ift.tt/2O8GrTH Dead set in the centre of these turbulent, divisive times Therapy? are here to offer their take on this new age of anxiety with album #15, CLEAVE and “ten tough new songs dealing in melody, riffage, rhythm and intensity”. The album will be released on 21st September and the PledgeMusic Therapy? campaign offers vinyl (black & limited coloured), signed CDs, an exclusive t-shirt (not available anywhere else), handwritten lyrics and a range of other tasty bundles. The band was formed in 1989 by guitarist/vocalist Andy Cairns; we spoke to Andy about the new album and many other musical matters.

How did you first hear about PledgeMusic and can you tell us about your latest project and new album CLEAVE?

I first heard about PledgeMusic when a musician friend of ours, Ricky Warwick (Black Star Riders, Thin Lizzy, The Almighty) mentioned it as part of a solo project he was working on.

Therapy?’s new album CLEAVE is a collection of ten songs with a melodic leaning, but still heavy and powerful. Produced by legendary Brit Rock producer, Chris Sheldon (Foo Fighters, Feeder), he’s taken our classic 90’s sound and updated it to the 21st Century.

You’ve signed to a Marshall Records for the album – an off-shoot of the famous amp manufacturer. Apart from (hopefully) being given free and state-of-the-art Marshall equipment, how did this partnership come about?

The main guy at Marshall Records called Steve Tannett, worked with us when we were part of the Universal Group in the late 90’s and a chance email from him to our manager ended up with us signing a worldwide deal with the label. Steve’s great and knows his music. Having worked with him before, it makes the day-to-day business of being a touring band with a new record out a lot easier.

You’ve said that the themes of CLEAVE are very much of the moment in terms of division and conflict; when you were writing the album, were these sentiments uppermost in your mind or did it just come through organically, so to speak?

It all arose from one comment at a party near my home in Cambridgeshire. I needed to have a starting point for the theme of the album. The current, divisive and unpleasant atmosphere in Britain is palpable, but I didn’t know where to start dealing with it from a songwriter point of view. At this party – which was very middle class and proper – I mentioned during a discussion that I was disappointed at the Brexit result. Someone actually said: “well, if you don’t like it you can always go back home”. I went home that evening and wrote the lyrics to ‘Kakistocracy’, a track on the new album.

One of your exclusive PledgeMusic campaign offerings was the new album on coloured vinyl, limited to 500 copies. Pleased to say that they very quickly sold out and fans are asking if any more can be added?

We’ll have to ask Marshall about that! We’re very glad they’re selling!

The album comes out in September, can you give us a glimpse as far as you are able, as to when we can see Therapy? performing the new album live?

People can go to www.therapyquestionmark.co.uk and click on tour dates. We start on October 10th and carry on through November. Dates are very likely to be added for December and early 2019 too.

What’s the first piece of music that you can remember making an impact on you?

Sparks, ‘This Town Ain’t Big Enough For the Both of Us’ and The Sweet’s ‘Blockbuster’. I heard these songs on the radio when I was very, very young and apparently used to go around singing them all the time. The first record I heard however that made me want to form a band was Buzzcocks ‘Ever Fallen In Love With Someone You Shouldn’t Have’.

What’s the last album you bought and the first that you purchased with your own money?

First concert that you remember going to?

Siouxsie and the Banshees, Belfast Ulster Hall, 1979. It was amazing.

Where were you when you first heard one of your songs on the radio?

I was in the Belfast flat of our Bassist, Michael McKeegan. We were listening to the John Peel Show when he played our first single ‘Meat Abstract’, which we’d sent him a few weeks before.

What album in your collection would you save in a house fire and who in your opinion has taken music forward in the last 5/10 years or so?

Burial’s Untrue is the album that I would have to save. In terms of ‘taking music forward’, it’s hard to decide. Maybe Burial for electronic music. He works in such a painterly way. Chills every time. Puts ‘the feels’ centre of experience with a strange mixture of old-fashioned melancholy and nu skool sound design. In rock, I think Mr Josh Homme from Queens of the Stone Age has a lot to answer for in the way modern rock sounds. Bands like Deafheaven are taking it away someplace new currently.

Perfect gig: what makes it for you as a performer and speaking of which, care to pick out one or two memorable shows you have performed where this all came together? Any particular venues, that you have a fondness for playing in?

Way too hard! We love playing. Venue-wise I love Brixton Academy, Belfast Ulster Hall, Brudenell Social Club Leeds. I think my favourite gig ever was the first time we played the Belfast Ulster Hall in 1992. It’s the place I used to go to see all the big bands that came through, so to be playing it myself was a wee bit special.

My Life’s Playlist – list 5 songs that are special to you.

Buzzcocks – ‘Ever Fallen In Love’: this mixes a punk adrenaline rush with poetic lyrics and the most gorgeous of melodies.

Only Ones – ‘Another Girl Another Planet’: beautiful melody, anthemic chorus and not only one, but two of the best guitar solos ever played by any guitarist ever!

Burial – ‘Archangel’: Shivers, I get shivers every time I hear this. It just aches. Time stops. Drums like heartbeats. An atmosphere like the metallic taste you get in your mouth when you’re excited/afraid/full of lust.

Otis Redding – ‘That’s How Strong My Love Is’: says all it needs to say succinctly, with enormous emotional resonance and with one of the greatest vocal performances of all time.

Lil Peep – ‘Kiss’: my teenage son got me into this. Emotive lyrics. When he died in 2017, it was obvious that he meant so much to a certain generation and he’ll leave a mark on more to come. This tune sneakily welds a couple of emo tunes together, takes the bits of melody it needs, then turns it into something spectacular for young minds.

from PledgeMusic News https://ift.tt/2LNMbp2
via IFTTTTake a look at what’s at PledgeMusic