Earlier this week, the first set of artists to benefit from the 2018 PledgeMusic and PRS Foundation Emerging Artists Fund was announced. The eight diverse acts have displayed the talent, a burgeoning fan base and the ‘DIY’ drive to build a long-term career. We can’t wait for the launch of their PledgeMusic campaigns and to see what they do with the support that the fund provides. In anticipation, check out some of their previous releases by following the links below.

Following support slots with the likes of Fickle Friends and Clean Cut Kid, Middlesborough lads Cape Cub are using the fund to record and promote their brand new EP.

Watch the video for single ‘Moonglow’ on YouTube or stream the track via AWAL now.

The Alt Folk/Americana Singer-Songwriter Emily Mae Winters will be using the fund to record her new album High Romance at Urchin Studios in December, after releasing critically acclaimed Siren Serenade in 2017.

F E L L is the performing and recording project of illustrator and teacher Nicholas Burrows. The London based Indie Creative will use the fund to complete the production and promotion of a new EP.

Download the album There Still Are Mysteries via Bandcamp now.

In less than a year Lazybones have built up a strong following in Brighton, selling out headline shows in some of the city’s most loved alternative venues. The Alt-Rock trio will be using the fund to complete the production and promotion of a new EP.

Watch the animated video to single ‘CRAZY’ on YouTube now.

Mansion of Snakes, an Afrobeat/Cosmic Jazz 12-piece from Leeds have already made waves with their behemoth live performance in venues and festivals nationwide. They will be using the fund to record and release a new album on vinyl and CD.

Check out their self-titled EP on Bandcamp now.

Following the independent release of two tracks and a collaboration with the DJ and music producer Ronika as part of Roundhouse Rising Sounds 2018, R&B/Soul Artist Marika will be using the fund to record and release three singles and music videos.

Check out Marika on Soundcloud now.

Leed’s Chipshop Pop trio PEAKES released their debut EP Space in late 2017 to critical acclaim and have since performed a live session for BBC Introducing Yorkshire, as well as sold out shows in their hometown. They will be using the fund to record their second EP.

Brighton’s Future Soul 4 piece Yakul have brought their fluid jazz style to venues, festivals and airwaves both locally and further afield. They will be using the fund to record and release a new EP, as well as write new music.

Watch a live session of ‘Realigned’ on YouTube now.

from PledgeMusic News https://ift.tt/2PcRY5Q
via IFTTTTake a look at what’s at PledgeMusic 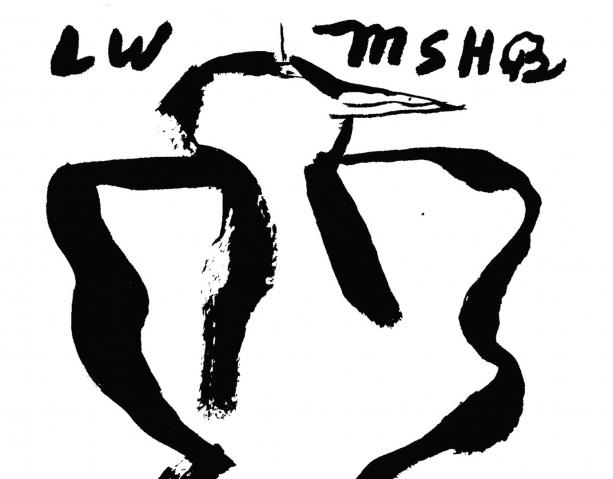 via The Wire: Home https://ift.tt/2vGug9S

Debussy had to be dragged kicking and screaming into completing the commission for saxophone he’d accepted from the American player Elisa Hall in 1903. After much procrastination, the composer sent Hall a draft of his Rapsodie in 1911… but with large gaps in it. He left it still unfinished at his death in 1918, at which point Jean Roger-Ducasse completed the ten-minute work for its debut the following year.

In ‘The Old Castle’, the second of the Viktor Hartmann pictures in Musorgsky’s famous 1874 work for solo piano, a troubadour sings his mournful song in front of said castle. When Ravel arranged the work for orchestra in 1922, he allotted the role of the troubadour to the alto sax. Brilliantly imaginative, it captures the music’s mood to perfection.

As with Elisa Hall, persistence paid off for saxophonist Sigurd Raschèr, who badgered Glazunov to write him a concerto. The Russian composer relented and the result – three short, pleasingly lyrical movements – was premiered by Raschèr himself in Sweden in November 1934. Glazunov himself almost certainly never heard it played in concert.

Little surprise that Prokofiev, a composer who was never averse to exploring the orchestra’s full range of colours, introduced the saxophone to its ranks on a few occasions. One was in his 1934 film score for Lieutenant Kijé, but the more famous instance is when, in the ballet Romeo and Juliet, a tenor sax is heard taking up the main tune of the ‘Dance of the Knights’, giving it a lighter, jauntier touch.

A couple of minutes into the third movement of the Sixth Symphony – one of Vaughan Williams’s most snarlingly aggressive – a sinuous tenor sax is played against an accompaniment of snare drum and scurrying strings. It seems almost jazzy at first, but as its motif is repeated again and again before being taken up by the full orchestra, it starts to sound deeply unsettling.

'Plenty of awe-inspiring majesty and sparkle'

This week’s free download is the first movement of Debussy's 'La mer', performed by piano duo Alexander Milnikov and Olga Pashchenko. The disc it appears on was awarded four stars for recording and five stars for performance in the August issue of BBC Music Magazine.

The movement is entitled ‘De l’aube a midi sur la mer’, meaning ‘From dawn to noon on the sea’. Debussy's 'La mer' was written for orchestra, and here Milnikov and Pashchenko perform an arrangement for piano duo.