Here is a premiere of Hawk’s new video, “Around The Sun” (above), a song off of the album, “Bomb Pop.” And read what bandleader David Hawkins has a lot to say about the song’s meaning. ►

Here is a premiere of Hawk’s new video, “Around The Sun” (above), a song off of the album, “Bomb Pop.” And read what bandleader David Hawkins has a lot to say about the song’s meaning. ► 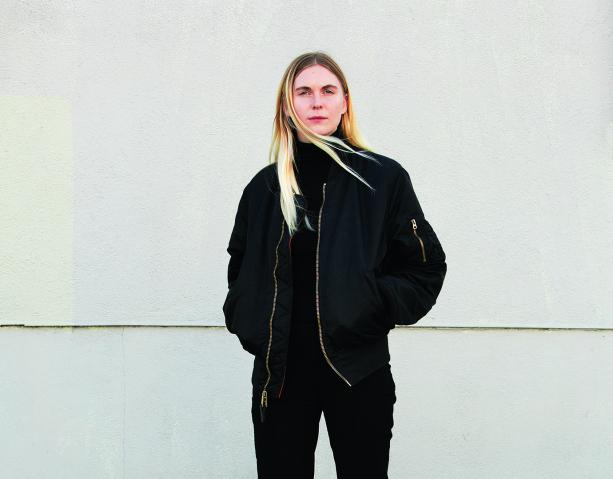 via The Wire: Home https://ift.tt/2vQftJQ

via The Wire: Home https://ift.tt/2nJVjwu

On August 16, we lost the Queen of Soul, Aretha Franklin. She was a top selling singer, songwriter and keyboardist, with decades of success beginning in the ‘60s. We look back at her singles which reached the Top 10 and … ►

via The Wire: Home https://ift.tt/2KZ5xCj

The Real Mick Rock Wishing a very happy birthday to the material girl,… On the Thursday 11th October 2018 the eve of the release of Give Out But Don’t Give Up: The Original Memphis Recordings we are delighted to be joined by Primal Scream’s Bobby Gillespie at HMV Oxford Street to discuss in detail the making of the album and why he felt it was so important the reissue of the album should include the original mix of the album that has never been heard before. This event is part of a week long series of events to celebrate the first ever National Album Day.

Tickets for the event are free when you pre-order the album via HMV here.

“In 1993 Primal Scream went to Memphis to make an album with Tom Dowd and the Muscle Shoals rhythm section, that album never saw the light of day, until now.” – Bobby Gillespie 2018

Teaming up with legendary producer Tom Dowd and the Muscle Shoals rhythm section of David Hood (bass) and Roger Hawkins (drums) at Ardent Studios in Memphis, the resulting recordings from those classic sessions showcase the more country soul, rock’n’roll side to a band who continue to surprise. It’s Primal Scream as you’ve never heard them before.

Dowd’s deft production, coupled with the merging of this sublime rhythm section and one of the UK’s best ever bands, led to the creation of nine glorious tracks that run the gamut between blues, gospel and brilliant songwriting, available for the first time.

“I felt we went down there with such good intent, but somehow we lost our way afterwards,” Bobby Gillespie admits. “There’s definitely a lesson to be learned about how creativity can go down the wrong track. We’re a band that constantly keeps moving and doesn’t look back, but, for years, I felt bad about us going to Memphis and not doing what we set out to do. Hearing these songs after all this time has made everything all right again. I feel redeemed.”

After their genre-defying breakout album Screamadelica (1991), now widely regarded as one of greatest albums of all time, Primal Scream relocated to Memphis in 1993 to record what would become Give Out But Don’t Give Up.

Once the band and Creation Records’ boss Alan McGee heard the recordings, however, they were both confused and underwhelmed.  Their inner punks got the better of them and they brought producer George Drakoulias onboard to overhaul the recordings, with the band replacing, guitar, bass and drum parts over several sessions in the ensuing weeks until they were left with what became Give Out But Don’t Give Up.

Classic Album Sundays founder and BBC 6music host Colleen ‘Cosmo’ Murphy will sit down with Bobby and discuss his memories of recording the album and why these original tapes are so important to him. This will be followed by a full album playback on our world class audiophile sound system. The evening will wrap up with a Q&A allowing fans to ask questions of their own.

“Through my early days of growing up on the road, these are the songs that got me through. My sanctuary songs.  My early influences.”

In tribute to the Queen of Soul.”
“Anything by Aretha. She was a tremendous musical influence. ‘Say A Little Prayer’, ‘Day Dreaming’, ‘Natural Woman’, ‘Gotta Find Me An Angel’, ‘Call Me’ and ‘Respect’”
“Stevie Wonder – ‘Music Is My Mind’ (very early Stevie)”
“Jeff Beck – ‘Cause We’ve Ended Now As Lovers’, Earl Kluge ‘Diamond Dust’ and ‘Waiting For Cathy’”
“Michael Franks – ‘How The Garden Grows’”
“Soul, dance, any music by James Brown, Prince, Chaka”
https://open.spotify.com/embed/user/classicalbumsundays/playlist/3Ypy1IySUNvqIUt7kbkyPm