The Real Mick Rock Phil was an incredible talent and very charming. A great artist…. Alex Ross: The Rest Is Noise The state of the art We are delighted that Classic Album Sundays will be the official events partner of the first ever National Album Day on Saturday 13th October. The event, which also marks the 70th anniversary of the album in 2018, will be the highlight of week-long activity around the country that will celebrate the UK’s love of the album and enable a national conversation around the format.

We will be hosting a week long run of events to celebrate! Full details can be found on the links below:

National Album Day is being organised by ERA and the BPI, and has the backing of artists and the wider music community.

The aim is to establish National Album Day as an anticipated annual event in the music calendar that is inclusive and non-prescriptive and will grow over time, in a similar way to Record Store Day.

National Album Day is delighted to announce Paloma Faith – Sony Music/RCA recording artist, as one of its first artist ambassadors, who says: “I vividly remember being excited by so many classic albums as I was growing up, like Marvin Gaye’s ‘What’s Going On’, Dylan’s ‘Freewheelin’’, and Erykah Badu’s ‘Mama’s Gun’, although, if I had to pick one, the album that most inspired me was Tracy Chapman’s self-titled debut. It featured the incredibly powerful ‘Why?’ – a song that has become a real anthem for me not least as it was the first to bring home the emotional power of lyrics.  The way we engage with music may be changing, but for me the album remains the ultimate expression of the songwriter’s craft.”

The event’s official broadcast partner is BBC Music, which is supporting the initiative through programming and editorial support on BBC Radio 1, BBC Radio 1Xtra, BBC Radio 2, BBC Radio 3, BBC Radio 4, and BBC Radio 6 Music stations plus on BBC iPlayer and BBC Four – which will be re-screening some of its celebrated music documentaries.

Geoff Taylor, Chief Executive BPI & BRIT Awards, adds: “It is fitting that, in this 70th anniversary year, we should look to create a special moment that celebrates the UK’s love of the album and the huge role it plays at the heart of our popular culture. The album has underpinned the phenomenal success of recorded music the world over, providing artists with a compelling medium through which to express their creativity and fans the freedom to engage with all shades of music through the stories that it tells.

“Streaming may be broadening our ability to access and discover music, but the concept of the album as a body of work that expresses a narrative or an artist’s creative vision at a given moment, remains as relevant and inspiring as ever.”

“When I heard the BPI were nominating a day to celebrate the album, it was music to my ears. I first fell in love with the album as an adolescent when I would spin entire records by artists like The Beatles, David Bowie, New Order and The Smiths on my very own turntable. These albums opened up a whole new world and changed my life in so many ways – emotionally, artistically and even professionally as they encouraged me to embark upon a career in music. But most importantly, these albums helped me define myself and my place in the world.
In 2010 I founded Classic Album Sundays to honour my beloved format as a stance against the increasing devaluation of music as aural wallpaper and to address how we listen to music in the 21st century in the midst of our increasingly hectic lives. Taking the time to listen to an entire album and let its unique story unfold without any distraction is one of life’s great pleasures and one that I have made my mission to encourage. Happy National Album Day!”

The Wire Stream the new EP by RAN 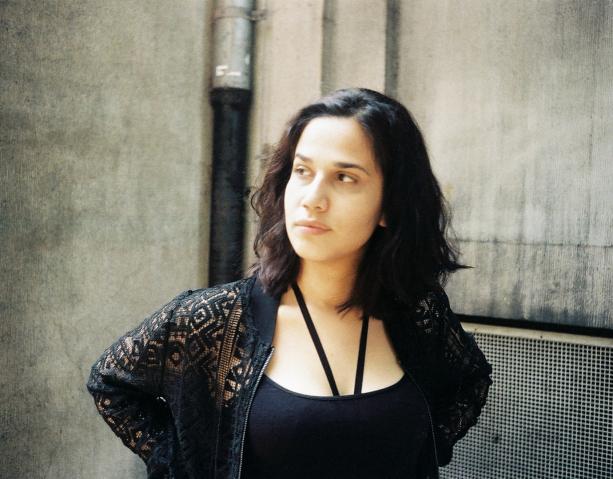 via The Wire: Home https://ift.tt/2PlOrC2

Classical-Music.com The best pieces of music inspired by love

I’ve played this piece quite a few times without knowing its history, and always found it so rich with intense emotions and so honest. Learning more about the origins of the piece gave it even more meaning.

When Franck composed the Piano Quintet he was 57 and had been a professor at the Paris Conservatoire for some years. He developed strong feelings for his organ and composition student, Augusta Holmès. However, he had competition from many others who had fallen in love with her, including Saint-Saëns, who had proposed to her several times. Franck was married, so couldn’t act on his feelings, so instead poured his emotions into the Piano Quintet, a work dedicated to Saint-Saëns.

The overarching theme of these choices seems to that composers cannot seem to be faithful! Fauré spent the summer with the banker Sigismond Bardac and his wife Emma, a soprano. Fauré fell completely in love with her, despite the fact that she went on to marry Debussy. Emma worked closely with Fauré, singing new material for him each day. He dedicated this set of songs to her.

Mahler: Adagietto from Symphony No. 5

This was famously written as a declaration of love to Alma, who Mahler would soon marry. She was excellent at getting married – and also consequently pretty good at having affairs. However, this piece was composed at the beginning of their relationship before the affairs began.

The conductor Willem Mengelberg, a close friend, annotated in his score of the Fifth Symphony: ‘This Adagietto was a declaration of love to Alma! In place of a letter, he sent her this in manuscript form, not adding a further word.’

The whole Brahms/Clara Schumann did-he-didn’t-he thing will probably never definitely be answered, but there’s no question there was a lot of love and respect between them. Brahms’s Six Pieces Op. 118 were dedicated to Clara and this Intermezzo in A is one of the most beautiful pieces in the set.

‘My Beloved Clara, I wish I could write to you as tenderly as I love you and tell you all the good things that I wish you. You are so infinitely dear to me, dearer than I can say. I should like to spend the whole day calling you endearing names and paying you compliments without ever being satisfied.’

Janáček’s Second String Quartet was written towards the end of his life, and in it he reflects on his long friendship with Kamila Stösslová, married and 38 years younger than him. They exchanged over 700 letters during their friendship, and it is these which give the work its title.

‘You stand behind every note, you, living, forceful, loving. The fragrance of your body, the glow of your kisses – no, really of mine. Those notes of mine kiss all of you. They call for you passionately…’

When he was 24, Berlioz went to a performance of Hamlet, where he fell distractedly in love with the actress Harriett Smithson. He sent her love letters which she ignored. At a further attempt to capture her attention, Berlioz poured his broken heart into Symphonie Fantastique.

She later listened to the piece, realised he was rather talented, and married him the following year. Unfortunately, they probably should have left their relationship within the brilliant symphony because the marriage became increasingly miserable and they eventually separated.

Kreisleriana was written incredibly in only four days in 1838 as a dedication to his wife Clara. At this point in their relationship she had accepted his offer of marriage and they were in the process of fighting her father who was opposed to them. Eventually they took him to court, the judge ruled in their favour, and the happy couple married the day before Clara’s 21st birthday.

In the end, Schumann dedicated Kreisleriana to Chopin who apparently commented favourably only on the design of the title page…

Wesendonck Lieder, songs written to the words of five poems by Mathilde are some of his most beautiful compositions, and he himself said ‘I have done nothing better than these songs.’ My favourite of these songs is 'Träume', because it floors me every time.

During the summer of 1888 as he was heading off on holiday, Elgar was given a poem about love by one of his students, Alice Roberts. He reciprocated by writing this lovely piece, which he handed to her on his return. He also proposed. She accepted. Her family disinherited her. Why do composers never have it easy?

A few other personal choices…

Christopher Wright: Violin Concerto ‘And then there was silence…’
It seems totally self-indulgent to have something I have recorded on this list but it just fits so perfectly and is such beautiful, heartbreaking music, and nobody else has performed it! Chris wrote this concerto as an outpouring of grief and love on the untimely death of his violinist wife a few years ago. The three movements are titled Beauty, Joy, and Fading Away.

John Taverner: Agnus Dei from Missa Gloria tibi Trinitas
I’m sneaking this one in here even though it probably wasn’t remotely inspired by love, but I was introduced to it by my closest friend who I sadly lost. In the way music can always take you back to places, emotions and times long ago, this music will always fill me with peace, happiness and so much love.

Toby Young: I Carry your Heart
Toby’s a brilliant composer and one of my mates. This lovely piece was written for his fiancée Kate.

Joseph Achron: Hebrew Melody
A totally different sort of love from most of the other pieces on this list, this beautiful and haunting music is dedicated to the memory of the composer’s father. It means a lot to me as it’s also the last piece of music I ever played to my Dad.