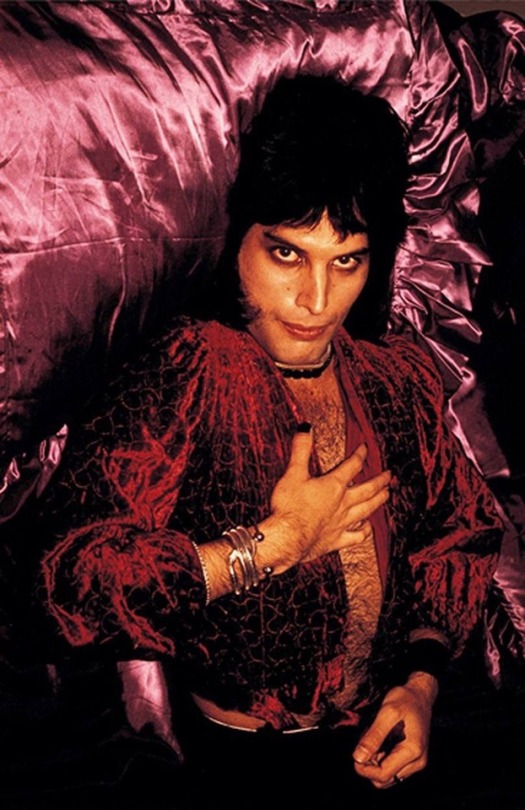 via The Real Mick Rock http://bit.ly/2QPjquX

via The Real Mick Rock http://bit.ly/2QPjquX

The Clarinet Concerto is Mozart’s last concerto, finished less than three months before his death in December 1791. For some it’s pure unclouded joy, but others find shadows beneath the smiling surface. There’s also the question ‘what kind of clarinet?’ The instrument Mozart had in mind had a deeper bass range than a modern one, and several players have taken it up, adapting the solo part. It makes a big difference to the concerto’s colour and character

Thea King was one of the first clarinettists to take up the so-called ‘basset’ clarinet (the deeper instrument for which Mozart originally completed the concerto) in this much-loved work, and her pioneering recording turned a lot of heads when it first appeared in 1985.

Her tempos seem relatively measured beside more recent, period style-conscious versions. But her phrasing and articulation – breaking up longer lines into smaller expressive details – sound fresh and minutely probing without a trace of mannerism.

One minute there’s beautiful expansive lyricism, the next King revels in subtler, darker shading. This is a complex Mozart: beneath the exquisite dancing lines there
are mysterious depths.

At the climax of the wonderful Adagio King exploits the basset clarinet’s few but important extra bass notes very effectively, then leads beautifully back to the main theme by a short, elegant and telling improvised cadenza (many of her competitors fall down here).

As the theme itself returns, King even manages to take poignant advantage of the basset clarinet’s slightly colder high register as the melodic phrases aspire, then fall. But it isn’t all haunted, half-masked seriousness. Towards the end of the finale the sheer delight in the opening dance theme returns irrepressibly.

There’s some lovely low gurgling from depths of the basset clarinet, more delicate, agile virtuosity, then, as King signs off with two very deep notes and high trill, we hear perhaps an echo of Mozart’s notoriously ‘earthy’ sense of humour.

Jack Brymer’s 1964 recording, with a young Colin Davis, has been an enduring favourite – and justly. There’s plenty of elegantly contained vitality, a marvellous balance between loving attention to detail and a firm sense of Mozart’s superb long lines.

Recorded in 1940, there’s some pretty scratchy 78 surface noise, but Reginald Kell’s playing has such ‘open’ eloquence that it feels as alive as ever. The expression is truly ‘vocal’ – at times you can almost make out words. It all sounds so natural.

Like Thea King, Martin Fröst uses the basset clarinet, and he relishes the differences in colour between its high and low registers. It’s also clear that Fröst has listened to the period instrumentalists and ‘moved on’. His playing has a sunny liveliness and insight of its own.

Michael Jackson filed a lawsuit against his former accountants, claiming they withdrew $2.5 million a year from his bank accounts but did not properly pay his bills. Jackson hired the Los Angeles-based firm in 2003 for book-keeping, opening bank accounts and filing personal, corporate and real estate taxes.

from This day in music http://bit.ly/10gkPJ2
via IFTTT