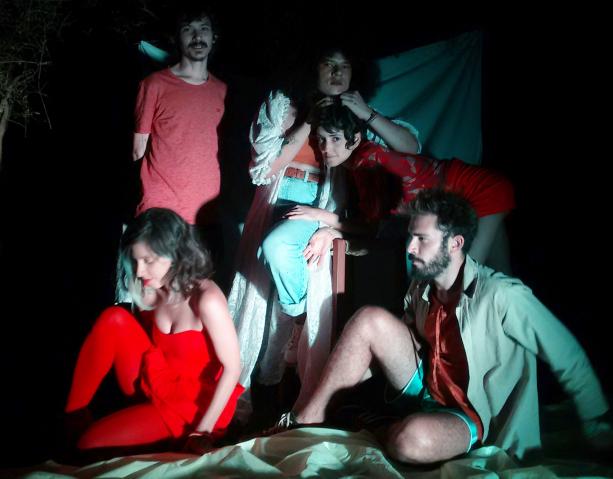 via The Wire: Home http://bit.ly/2GYNdwu

‘The awakening of joyful feelings upon arriving in the countryside’

Beethoven’s sub-title for the opening movement of his Sixth Symphony must have been far from the thoughts of those Viennese citizens who had braved the winter weather on 22 December 1808 to attend a mammoth all-Beethoven concert in the Theatre an der Wien.

His warmest symphony was first heard in joyless conditions as the theatre’s heating had broken down. Whereas the Fifth, also premiered that day, epitomises the defiant side of Beethoven’s personality, the Sixth is its antithesis, both an expression of his love of Nature and a hymn of thanksgiving.

Musical imitations of rural life include the drone of a bagpipe, a babbling brook, the unlikely trio of nightingale, quail and cuckoo, a rustic dance, a summer thunderstorm and the carolling of a shepherd’s pipe.

Otto Klemperer’s radiant recording of the Pastoral Symphony may be over 50 years old, but once the taste for it has been acquired, it’s addictive.

Yes, it has its idiosyncrasies. Take, for instance, his view of the Scherzo – his insistence that it’s a Ländler, a heavy footed Austrian dance, is possibly inherited from his mentor Gustav Mahler, who it is documented conducted this movement at a similarly easy-going tempo.

Never intended as fleet-footed Arcadians, Beethoven’s merrymaking peasants, as portrayed by Klemperer, even more resemble those grotesques found in the paintings of Flemish artist Pieter Breughel. But Klemperer’s tempo for the Allegro ma non troppo first movement strikes one as ideal, measured but purposeful.

In the Andante, the water in the brook flows naturally and the birdsong cadenza shows off the Philharmonia’s woodwind trio to charming effect. Taken at a quickish tempo, the Shepherd’s Hymn is a real Ode to Joy, both euphoric and strong.

There is no noticeable slowing for the Coda, no nostalgic glancing back; the symphony’s spell is finally broken with a peremptory ‘Amen’ from full orchestra. Klemperer, as always, divides his violins left and right, opening up the texture, and the 1957 stereo recording sounds better than it has any right to.

Until the 1980s, Beethoven symphony performance was largely the preserve of the standard symphony orchestra. Next up was period instrument performance, removing excess varnish but sometimes risking damage to original paintwork.

But now hear what the 25 players of Musica Viva Moscow – a chamber-sized orchestra playing on modern instruments – can do. Suffice to say, they are a class act. The opening chord is struck rather than gently insinuated: this Pastoral is unique in being kick-started.

In the Thunderstorm of the fourth movement, cellist conductor Alexander Rudin keeps his brass and timpani in check – thus delivering more of a summer shower than an elemental deluge.

Throughout, there are countless wayside details to stop and admire, making this live, imaginative and finely recorded Pastoral, complete with violins divided either side of the orchestra, a hugely enjoyable one.

Should the Pastoral Symphony be thrilling? This one certainly is. The sound that this young chamber orchestra produces is dazzling. With fresh, incisive string tone, wonderfully bucolic horns in the Scherzo, vibrant woodwind (the ravishing oboe playing in particular is deserving of a special mention), Giovanni Antonini’s Pastoral is a joy from start to finish.

For those attuned to the Old School of Beethoven Conducting, exemplified by the likes of Bruno Walter or Karl Böhm, Antonini’s tempo for the first movement may sound merely breathless; however, in context and on repeated hearing, it makes perfect sense.

Even without antiphonal violins, this beautifully recorded disc must feature on any shortlist.

Like Nikolaus Harnoncourt and the Chamber Orchestra of Europe (Warner Classics, 1992), Paavo Järvi opts for a medium-size ensemble playing on modern instruments. Interpretatively, they are quite similar and both can be warmly recommended, but Järvi’s decision to divide his Bremen Chamber Philharmonic violins ultimately gets him my vote of the two.

In addition, he offers beautifully judged tempos, transparent orchestral textures and a real sense of engagement with the score. This Pastoral really does seem to be lit from within.

Järvi’s marvellously played and recorded account, free of any interpretative quirks, is true both to the letter and spirit of Beethoven – though, ultimately, no single recording can tell us absolutely everything about this inexhaustible score.

And one to avoid

Herbert von Karajan made several recordings of the Pastoral. The earliest and best was in mono with the Philharmonia Orchestra in the 1950s – a beautifully played, invigorating performance with plenty of fresh air in its lungs.

However, his 1970s digital re-make is a dull run-through with a jumbo-size Berlin Philharmonic machine on autopilot. If you crave a BPO Pastoral, it must be André Cluytens’s wonderful 1960 recording.

from Ionarts http://bit.ly/2FhT5hQ
via IFTTT

The number of excellent new recordings only seems to multiply at a dizzying rate. I cannot say I listened to everything that came out in 2018, but here are the ones I most enjoyed. Click on the image to order through Amazon.

Martha Argerich is an electrifying musician under any circumstances, but this

from Ionarts http://bit.ly/2SI3GGJ
via IFTTT

Rolling Stone magazine published their Readers Poll: The 10 Greatest Double Albums of All Time. The top 5 were: 5. Led Zeppelin –
Physical Graffiti, 4.
Bruce Springsteen – The River, 3. The Rolling Stones –
Exile On Main Street, 2. Pink Floyd –
The Wall, and winning the poll was The Beatles –
The White Album.

from This day in music http://bit.ly/1BFOayb
via IFTTT