Two vintage films that reveal different creative sides of John Lennon and Yoko Ono, “Imagine” and “Gimme Some Truth” have been packaged together on one 152-minute DVD with a handful of “bonus features.” ►

from Goldmine Magazine http://bit.ly/2VT1yhn
via IFTTT

from Ionarts http://bit.ly/2TSKztF
via IFTTT

I tried to make a post that was just a wall of potato but I’m being censored and have to write something real. I will work tirelessly to ensure proper potato posting, peeps. I shall fight tirelessly night and day to make content that truly reaches the potato respecting audiences at the core of my very being. Unlike most of the RSD Black Friday exclusive reissues that grace this list, potatoes are edible. Although the Weezer Africa shaped picture disc is vaguely potato-shaped, it is not a potato and therefore inferior to the real bonafide thing. While sales of vinyl records and potatoes do increase during the holiday season, IMO, “Now That’s What I Call Christmas” is far less useful throughout the year.

Amongst these major label reissues and novelties are a few gems that are truly not small potatoes. The new releases by Rosalía, Citizen Kane, and Daughters look pretty decent. Until next month, check these out and let us know what you think!

#30 – Queen – Bohemian Rhapsody / These Are The Days Of Our Lives

#36 – Prince And The Revolution – Purple Rain

#37 – Jim Morrison Music By The Doors – An American Prayer

from Discogs Blog http://bit.ly/2CyxsXV
via IFTTT 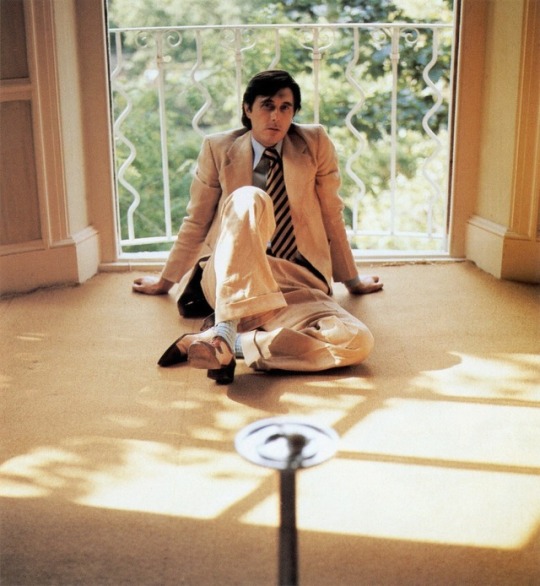 via The Real Mick Rock http://bit.ly/2Fwywzg

Previously, when the musicians of “The World’s Best Orchestra” – a.k.a. Amsterdam’s Royal Concertgebouw Orchestra – wanted to practice outside the scheduled orchestral rehearsals at the actual Concertgebouw (Amsterdam’s famous shoe-box 1888 concert hall), they had to find their own place to do it; often renting space nearby.

from Ionarts http://bit.ly/2suqm1Q
via IFTTT

from Ionarts http://bit.ly/2SXrfvi
via IFTTT

Loving Langgaard: Chamber Music EditionReview by: Jens F. LaursonArtistic Quality: ?Sound Quality: ?If you draw a squiggly line between Brahms, Sibelius, and Einojuhani Rautavaara and put down your palm flat in the middle, you’ll have arrived, more or less, at Rued Langgaard’s idiom–or slightly north of it. If that eschews a concrete definition, well, so does the composer: Langgaard (1893-1952)

from Ionarts http://bit.ly/2FsmMhb
via IFTTT

Much like in other recent editions of New York’s Winter JazzFest, Afrofuturism pervaded this year’s nine-day run, offering a palpable and much needed antidote for our country’s political divisiveness. To paraphrase a line from Parliament Funkadelic’s ‘Children of Production’, it blew the many and varied cobwebs out of our minds. The British jazz Introducing… showcase on 9 January, was presented in part by BBC Music and the PRS Foundation’s global initiative, aimed at creating ‘50-50 gender balance’.

Celebrated progenitor of the UK’s Acid Jazz/rare groove movement, and latterly of his own Brownswood Records imprint, Gilles Peterson was a fitting host throughout the evening. He was quick to point out the rich and storied history of the music, even to the point of giving homage to the fact that Le Poisson Rouge was once the home of the Village Gate.

Vocalist Tawiah (above) kicked off the night with an intimate 45-minute set. Accompanied by rhythm guitarist Mike Haldeman, the Ghanaian’s voice was redolent of her varied influences. In a few notes, she captured the promise of Lauryn Hill’s Unplugged album. An unpolished yet lyrically potent effort, at the time of its 2002 release, it was panned by critics and devotees, alike. But Tawiah commands both the stage and your undivided attention. Albeit fleeting, she warmly invited us into her life and experiences, from ‘Borders,’ an ode to the challenges of a long-distance relationship, to the achingly soulful ‘Mother’s Prayer’. An aural exploration of her Pentecostal upbringing, the latter song opened with a sample of the voice of her 103-year-old grandmother singing a traditional hymn, recorded on cassette tape during a family trek to Ghana just before she died.

At first glance of their name, Walrus initially suggested the cheekiness that we all have come to expect from the UK. However, on first listen, trumpeter Emma-Jean Thackray (above) and her fine arsenal of players (Lyle Barton on keys, Ben Kelly on sousaphone and drummer Tcheser Holmes) also drew from their influences – from the intersecting and complex rhythms of Fela Kuti, to an endless list of Freddie Hubbard’s CTI recordings. In their half-hour set, Walrus harnessed the sheer joy of listening to these now seminal records for hours and hours, just lingering inside the infectious loops with no end in sight.

In-demand keyboardist Joe Armon-Jones put in serious overtime throughout much of the night. First gracing the stage as the accompanist for vocalist Yazmin Lacey, then later, closing out the night with the high-energy five-piece group Ezra Collective. The latter join the ranks of The Soul Rebels and Brownout here Stateside, injecting both a rebelliousness and spontaneity that (generally speaking) has been largely absent from the music. The interplay between Armon-Jones on Rhodes and another promising voice, drummer Femi Koleoso (above), had both Peterson and I dancing together in unison, on opposite sides of the stage. Their arrangement of Sun Ra’s magnum opus, ‘Space Is The Place’, was a timely reminder for all of us to have hope in the future – in spite of the present Administration.

– Photos by William B. Gray

from News http://bit.ly/2Cl7GWW
via IFTTT