from Ionarts http://bit.ly/2CSXtkP
via IFTTT

from Goldmine Magazine http://bit.ly/2MIgkDo
via IFTTT

from Goldmine Magazine http://bit.ly/2MIgkDo
via IFTTT

Apple Corps Ltd. and WingNut Films Ltd. are proud to announce an exciting new collaboration between The Beatles and the acclaimed Academy Award winning director Sir Peter Jackson. The new film will be based around 55 hours of never-released footage of The Beatles in the studio, shot between January 2nd and January 31st, 1969. ►

from Goldmine Magazine http://bit.ly/2GbB7hJ
via IFTTT

In A Silent Way, released in 1969, marked a transitional moment, not only in Davis’s career but in the future development of jazz as a whole. Considered by many to be the first fusion recording, it also commenced the composer’s most divisive phase – commonly referred to as his “Electric Period”. This groundbreaking album would test latent tensions surrounding the future identity of jazz, its relationship with new technology, and the questions of authenticity which these contentious issues would draw into focus.

Whilst Davis was no longer the young, hip savant that he once was, his new relationship with the youthful singer Betty Maybry had renewed the composer’s interest in the contemporary pop landscape. Introducing Davis to the likes of The Jimi Hendrix Experience and Sly Stone, Maybry (alongside recommendations from drummer Tony Williams) would unknowingly guide the musician into one of the most distinctive and contentious eras of his work. Nonetheless, Davis’s transition towards this new palette was methodically considered, a culmination of ideas absorbed from collaborators and developed particularly through a new style of performance, which saw his band blend each separate compositions into one meandering flow of continuous music – a style stuck to rigorously until at least 1975.

Join us to experience the album as never before.

‘A young artist of morbidly sensitive temperament and fiery imagination poisons himself with opium in a fit of lovesick despair.’

With those words, Berlioz introduced his Symphonie fantastique at its Parisian premiere in 1830, and listeners were left with little doubt that the ‘young artist of morbidly sensitive temperament’ was Berlioz himself.

The five movements follow a novel-like journey from despair and longing, through a hallucinatory ball scene and intense loneliness amid nature.

Then the dream turns sour: the artist imagines he has murdered his beloved and witnesses his own execution, after which a coven of witches dances on his grave.

Yet for all this rampant pictorialism, the Symphonie fantastique is also a symphony. So a great performance has to balance these contradictory demands: it must tell an emotive, sensational story, but convince as a musical argument, too.

Berlioz’s greatest interpreter of modern times recorded the Symphonie fantastique three times, but this most recent version is the most gripping and satisfying, deftly treading a fine line between self-revelation and self-indulgence.

The volcanic outpourings of feeling are as intense as they should be, yet in the quieter moments – especially in the central ‘Scene in the Country’ – Davis achieves a wonderfully expressive pianissimo, in which every detail seems to convey meaning, all caught splendidly by the live recording.

Each appearance of the idée fixe – the theme that stands not so much for the beloved as the artist’s febrile obsession with her – is strikingly or subtly different.

We sense the progress of the ‘vision’ from adoration, through horror, to release. The first and third movements have a nobility amid the mood-swings, then the moment at the end of the ‘Scene in the Country’, where the shepherd’s piping is answered not by a distant oboe but by menacing rumbles of thunder, is a finely calculated psychological turning point.

The last two movements are pure Hammer Horror gothic, especially the astonishing, acridly scored moment when the idée fixe waltzes grotesquely back onto the stage. The final witches’ round dance is a splendid ghoulish knees-up, but it’s also a colossal act of emotional purgation.

Gardiner’s is the outstanding ‘period instrument’ version. The word that comes to mind repeatedly during the driven but crisply articulate first two movements is ‘dashing’.

Gardiner is excellent at long crescendos: well controlled build-ups, then the emotion boiling over at the climax. It isn’t just in the big outpourings of feeling that he scores: at the beginning of the central lonely pastorale, the flavoursome 19th-century French oboe and cor anglais are two voices calling to each other across wide spaces, in the background a sense of growing unease.

Discomfort and deliciously grotesque orchestral colouring grow splendidly during the ‘March to the Scaffold’. The finale is a sinister spine-tingler, with Gardiner’s anachronistic recorded cathedral bells the only disappointment.

In Yannick Nézet-Séguin’s Fantastique the story is above all emotional. Nézet-Séguin doesn’t wallow in ‘sensitivity’, but there is plenty of feeling. It sounds beautiful – full credit to the BIS engineering team – yet at the same time we’re always aware of movement.

This Fantastique is never static: if it isn’t surging forward then it’s in a state of expectant transition, ready to move at the next musical stimulus. The pictorial element is less vivid – this is more Berlioz on the therapist’s couch, reliving his emotions, than a diary-like record of a vivid dream.

But the final round dance features some splendidly athletic witches, and the sense of having emerged from something at the end – the worst of the delusion is past – is uplifting.

A strong counterbalance to both Gardiner and Nézet-Séguin. The turbo-charged potential of the modern orchestra is released here with Boulez’s usual expert control.

The transition from the first movement’s desolate introduction to impetuous Allegro is typical: pregnant stillness, then growth, then surging current. Hans Keller famously accused Boulez of ‘non-phrasing’. But as Berlioz introduces his idée fixe, Boulez does a splendid job of conveying both her shapeliness and the feelings that arouses.

Boulez’s sense of symphonic shape is compelling: nobody makes a better case for Symphonie fantastique as a musical structure. If it does sound a little detached emotionally, there’s a feeling of playful irony – also a very Berliozian quality – which makes that detachment credible.

And one to avoid

Sample Riccardo Muti’s recording with the Philadelphia Orchestra at any point and you might conclude this is the kind of no-holds-barred performance the Symphonie fantastique needs.

There are terrific moments: in the ‘March to the Scaffold’ you can picture the baying mob and the ‘beloved’ leering out of the crowd before the blade descends. But this performance can also be, pardon the pun, ‘hectoring’.

This work can also be subtle and delicate, but from this version, you’d never guess.

The second edition of Love Supreme at the Roundhouse takes place on Saturday 13 April and packs in a huge variety of jazz, soul, funk and electronica artists across multiple stages around the iconic venue. With main stage headliners including Mercury-nominated, MOBO-winning jazz-influenced vocalist Laura Mvula; fast-rising fusion-groove keyboardist Kamaal Williams; Pete Wareham’s fiery Afro-punk-jazz band Melt Yourself Down and soul-jazz singer Judi Jackson, this second instalment also features a vibrant cutting-edge line-up on the Jazz in the Round and Supreme Standards stages.

from News http://bit.ly/2WuHZMT
via IFTTT

Adventures In Sound And Music hosted by Emily Bick 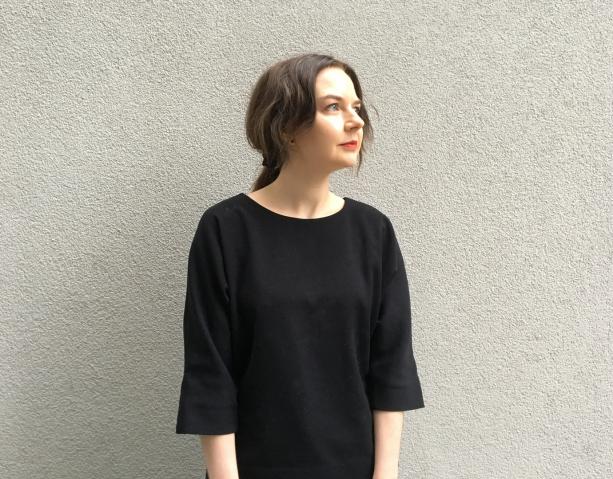 via The Wire: Home http://bit.ly/2BbRyXX