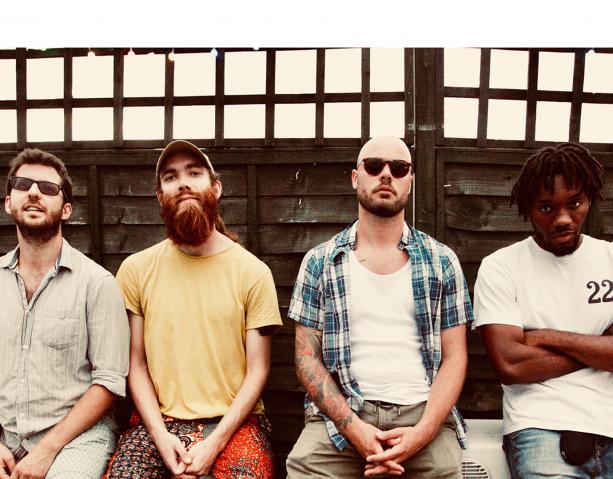 I Am Damo Suzuki biography to be published by Omnibus Press 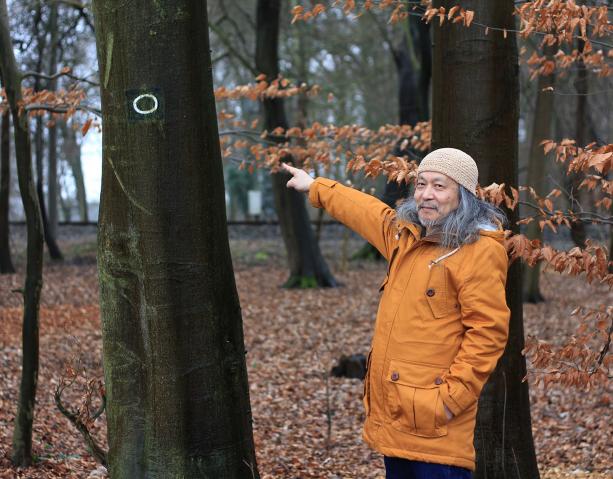 via The Wire: Home http://bit.ly/2Rza7KQ

“You want to shock people with a bit of mystery and… 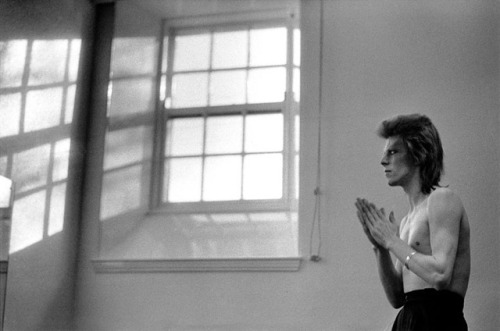 via The Real Mick Rock http://bit.ly/2S6hFu1 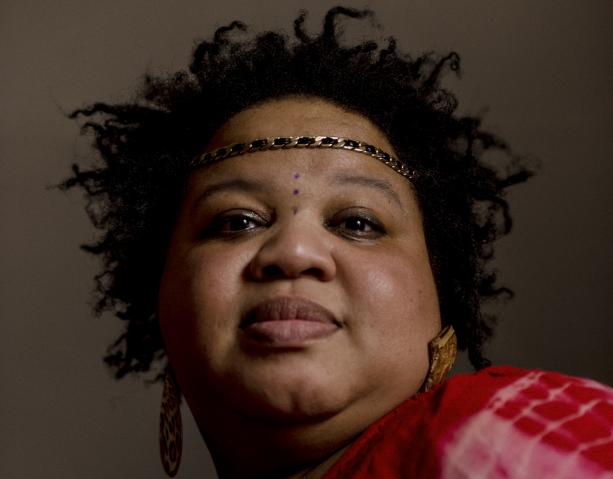 The best recordings of Schubert’s Winterreise

Schubert’s first great song-cycle, Die schöne Müllerin was composed in 1823, when he was just 26. It tells of a young miller who falls in love, is first accepted and then rejected; he seeks and finds death.

Four years later Schubert, now near to death himself from syphilis, set 12 poems by the same author, Wilhelm Müller, and played them to his friends, describing them as ‘a group of terrifying songs which I like more than anything I have done’, though he broke down and wept after he had played them. The friends were somewhat alarmed.

The next year Schubert added a further 12 songs to the collection, taking the cycle to its grim conclusion: not death this time, but joining a hopeless hurdy-gurdy man and trudging through the snow with him, numbed.

The Winterreise cycle, one of the supreme miracles of song art, is not so much about rejected love as about loneliness and confrontation with the self, stripped of all illusions. Written for tenor, it can nevertheless be sung successfully by a voice in any range.

Winterreise tends to bring out the best in its interpreters, and to a considerable degree your preferences will depend on whose voice you prefer.

Trekel has so beautiful a lightish baritone that it is hard to imagine anyone not finding it attractive and, on this recording from 1998, youthful.  He sings with ardour, but without overdoing it, so he has plenty left in reserve for the final five songs, where the cycle, harrowing enough already, moves onto a new level of pain and near-madness.

There’s no light relief in this cycle – the very first song has the wanderer rejected and leaving the town where his beloved lives – but there are many eerie passages of another kind of lightness, as he loses contact with one kind of reality only to find another, much more fearful kind; and Trekel manages perfectly the shifts between the external world of winter and the hot agony within.

Ulrich Eisenlohr’s accompaniment is not intrusive, but he doesn’t miss an important point either – the performers here are equal partners. Naxos’s sound balance does justice to them both, and there are full texts and translations, and helpful notes.

With the great 20th-century German bass-baritone Hans Hotter we have a very great artist, with years of experience of singing Winterreise, giving a performance of inexhaustible depth and insight.

And he’s accompanied with immense sensitivity by the veteran Gerald Moore, who manages wonders in not making the low-lying keys sound too dark.

Based on a perfect legato, Hotter’s singing registers every salient point in the poems. There is something impressive, too, about his evidently having an enormous voice – he was the leading Wagnerian baritone of his time – but mostly conserving it on this recording. One feels that, dreadful as this wanderer’s sufferings are, he still has a lot in reserve. This recording can easily be felt to be the last word.

This revelatory performance was given in Dresden in 1985, complete with intermittently coughing audience. If you can bring it upon yourself to overlook that, you’ll hear someone sounding genuinely youthful, with a great pianist offering one poignant insight after another, but never intruding on the poetic narrative of the singer.

Compared with the two previous accompanists, Sviatoslav Richter is so characterful that you might think he was the leading partner; there’s a lot of onomatopoeic piano writing here – bird sounds, rustles, barks – and all of it is vividly realised by Richter.

But Peter Schreier, with his naturally intense manner, matches or is even goaded by him, in a brilliantly fruitful partnership.

Though Winterreise is evidently written for a man (with the text’s references to a bride and suchlike), several women singers have found it irresistible, and the results have often been remarkable: if Brigitte Fassbaender’s recording hadn’t been deleted by EMI, it would have been my unquestioned first choice; and Lotte Lehmann is incomparable, as always.

As it is, the German mezzo Christa Ludwig brings, near the end of her distinguished career, warmth, humanity and highly individual insights to one song after another in this well-filmed and excellent-sounding DVD.

In the 13th song, Die Post, which usually sounds as if it had wandered in from Müllerin, the speed is surprisingly slow, but Ludwig indicates by her tone that this wanderer is already beyond the point of recall – brilliant.

Benjamin Britten and Peter Pears made a superb recording of Die schöne Müllerin, but when they went on to record Winterreise, they took their passion for the work too far. With so many romantic hesitations and tempo fluctuations, their personalities get in the way of Schubert’s masterpiece. Pears, too, sounds elderly, where he should sound timeless. I’ve learned a lot about Winterreise from listening to this version, but have never been moved by it, despite it being many people’s favourite.

So, where next? Click here to discover six works to explore after Schubert's Die Winterreise.

Lithuanian conductor and music director of the City of Birmingham Symphony Orchestra (CBSO) Mirga Gražinytė-Tyla has signed exclusively to Deutsche Grammophon. She will release her debut album with the label in May – a collection of orchestral works by 20th-century Polish composer Mieczysław Weinberg.

Gražinytė-Tyla has plans to record music later this year by contemporary Lithunaian composer Raminta Šerkšnytė with the Lithuanian National Symphony Orchestra, Vilnius Municipal Choir and Kremerata Baltica. In celebration of the CBSO’s centenary, Gražinytė-Tyla will also embark on a project with the orchestra to record an album of works by 20th-century British composers.

Mirga Gražinytė-Tyla follows in the footsteps of conductors Herbert von Karajan, Claudio Abbado, Andris Nelsons and Pierre Boulez, all of whom signed with Deutsche Grammophon.

‘Deutsche Grammophon was part of my upbringing,’ says Gražinytė-Tyla. ‘It’s a genuine honour to join DG and to record works that will be new to so many listeners.’

Michael Tippett was a particularly absorbent composer, soaking up an incredibly wide range of inspirations and influences from the world around him, and perhaps most often from outside the field of music. His huge intellectual capacity and endless interest in other people combined with immense charisma to make him a personality to which everyone who met him seemed irresistibly drawn. His – often complex – relationships were particularly intense ones, and frequently blurred the lines between professional and personal, artistic and sexual.

This week Composer of the Week looks at some of the people closest to Tippett and asks what influence they had on the life and music of a man whose story has still never been fully told. Joining Donald Macleod to explore sometimes uncharted territory is Oliver Soden, the author of a new – and the first complete – biography of the composer.

Music featured:
Where The Bee Sucks from Songs for Ariel
A Child of Our Time (Part 1)
Byzantium
Purcell arr. Tippett: If music be the food of love
Piano Sonata No 1, 1st movement: Allegro
Suite in D for the Birthday of Prince Charles
The Heart’s Assurance
Variations on an Elizabethan Theme: Lament
Fantasia Concertante on a theme of Corelli
The Midsummer Marriage
Praeludium For Brass, Bells And Percussion
Music
String Quartet No 1: Lento Cantabile
Symphony No 2: Adagio molto e tranquillo
Songs for Achilles
The Knot Garden: Enough, Enough
Tippett: Dance, Clarion Air
Piano Concerto – 1: Allegro non troppo
Crown of the Year
The Blue Guitar
The Rose Lake

For full tracklistings, including artist and recording details, and to listen to the pieces featured in full (for 30 days after broadcast) head to the series page for Michael Tippett:
https://bbc.in/2GgqjyT

from Composer of the Week https://bbc.in/2D2bA7h
via IFTTT