Mike Greenblatt The Struts: The next great British rock band?

Mike Greenblatt claims The Struts are the next great British rock band. After witnessing the band live, the author interviews frontman Luke Spiller. ►

The post The Struts: The next great British rock band? appeared first on Goldmine Magazine.

from Goldmine Magazine http://bit.ly/2SVttyH
via IFTTT

The post Iron Maiden second set of ‘The Studio Collection – Remastered’ to be released next month appeared first on Goldmine Magazine.

from Goldmine Magazine http://bit.ly/2SHjb68
via IFTTT

“For me, photography is very therapeutic. It’s still the biggest buzz I have. It gives me a very… 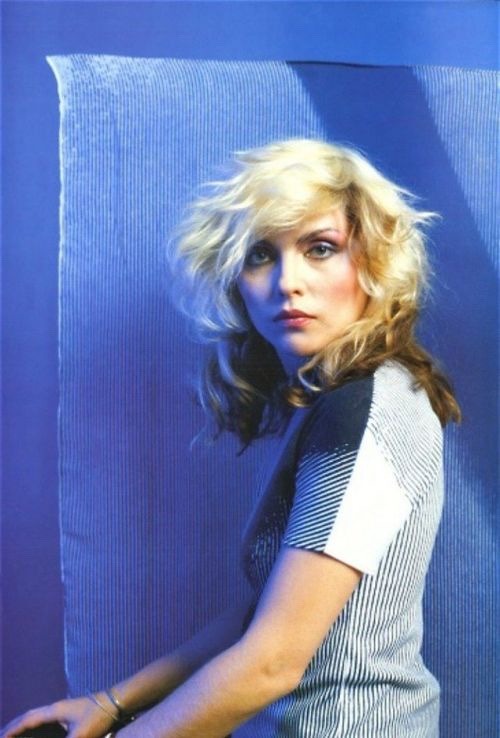 via The Real Mick Rock http://bit.ly/2SSkyOn

Melody, said Bruch, represents the “soul of music” and nowhere is that better represented than in his famous violin concerto. It’s a work which brought him fame and fortune, but it’s also a work he came to hate, since he felt its popularity suppressed performances of his other compositions. It’s a sentiment that has some justification, since Bruch wrote some two hundred odd works, the majority of which are rarely performed. This week, Donald Macleod looks at Max Bruch’s prickly professional relationships, his feeling of being overshadowed by Brahms, and the instrument with which he had a very close affinity.

For full tracklistings, including artist and recording details, and to listen to the pieces featured in full (for 30 days after broadcast) head to the series page for Max Bruch:
https://bbc.in/2TRFvpQ

from Composer of the Week https://bbc.in/2toSAvu
via IFTTT

If you want to learn about the magazine industry and love classical music, why not apply for a work experience placement with us?

We are looking for people interested in a career in music journalism. An in-depth knowledge of classical music and a flair for writing are essential for the role.

During your placement in our Bristol office, you can expect to do research, write material for the website and undertake a host of other tasks. In return, you’ll get an invaluable insight into how a magazine is put together and a chance to see if magazine journalism is the career for you.*

If you think a work experience placement with BBC Music Magazine is for you, please email freya.parr@immediate.co.uk with the following attachments:

*For legal reasons we are unable to accept applications from under 18s.

Best known today for his opera Ruslan and Lyudmila, and particularly its infectiously vivacious overture, Glinka is often dubbed 'The Father of Russian Music' – forging his own dinstinctively Russian style, he was a profound influence on composers such as Borodin, Rimsky-Korsakov and Musorgsky. Here is a brief snapshot of the great man's life:

1804
Glinka is born on 20 May (Russian calendar; or 1 June in the Western calendar) in Novopasskoye (now called Glinka!), in the Smolensk district, where his family are landowning petty aristocracy. For the first six years of his life he is brought up by his overprotective grandmother who rarely allows him out; mostly he is trapped in a stifling, overheated room from where he hears the peal of church bells, and folksongs sung to him by his nurse (bells and folksongs later feature heavily in his music; he also suffers from hyperchondria all his life).

1810
His grandmother dies and now back in the charge of his parents Glinka hears more mainstream Western music, mostly via his Uncle Afanasy’s serf orchestra. One of the orchestra’s violinists gives Glinka lessons.

1817
Glinka is sent to boarding school in St Petersburg where he has piano and violin lessons, including three lessons with John Field (the Irish composer who invented the Nocturne for piano and who settled in St Petersburg in 1804), and starts to compose.

1824
The securing of an undemanding job at the Council of Communications in St Petersburg leaves Glinka free to spend much of his time immersed in music: in the capital he goes to hear Italian opera and takes singing lessons with a singer, Belloli, while at home in Novopasskoye he studies theory and orchestration, and conducts his Uncle’s serf orchestra. His finest pieces so far are songs: Razocharovaniye (‘Disenchantment’ [very Russian]) and Golos s tovo sveta (‘A voice from the other world’).

1830
Glinka and a friend take an extended trip to Europe. He spends three years based in Milan where he meets Bellini and Donizetti and composes, in 1832, a chamber piece based on themes from Bellini’s La sonnambula (see TIMES 1830). In the winter of 1833-4 he studies counterpoint with Siegfried Dehn in Berlin.

1836
A year after Glinka marries Mariya Petrovna Ivanova (1835), his opera A Life for the Tsar is a stunning success at its first performance, and Glinka is instantly hailed as Russia’s leading composer and given the post of Choirmaster of the imperial chapel. (Though essentially Italian, the opera includes many Russian folksong melodies and its subject matter is entirely Russian.) However the marriage soon founders and Glinka starts an affair with Ekaterina Kern; shortly afterwards he and his wife separate.

1842
Glinka’s next opera, Ruslan and Lyudmila, is not well received. (He conceived of setting Pushkin’s poem immediately after the success of A Life for the Tsar and sought the author’s collaboration but sadly Pushkin was killed in a duel in 1837; (see TIMES 1837). Ruslan falls into the gap between Italian lyric opera and German sung drama and is denigrated by both camps: it is soon dropped to make room for a fashionable Italian company and their repertory. Glinka is bitterly disappointed and depressed, and doesn’t write another opera for over a decade.

1848
After spending time in France (where he got on well with Berlioz), Spain and Smolensk he heads back to France but in Warsaw hears that his passport application has been rejected. Remaining in Warsaw he composes prolifically: the orchestral pieces Recuerdos de Castilla and Kamarinskaya and songs revealing the influence of Chopin.

1854
Now suffering from deteriorating health he manages to spend two years in France (1852-4) but in March 1854 war between France and Russia forces him to return to Russia. He puts together his Memoirs (1854) and a year later starts work on a third opera, Dvumuzhnitsa (‘The bigamist’). (In 1841 Glinka’s wife married bigamously prompting Glinka to arrange an official divorce.)

1857
Glinka visits Berlin in 1856 to study more counterpoint with Siegfried Dehn. He meets Meyerbeer who conducts the Trio from A Life for the Tsar at a concert in January. After the concert Glinka catches a cold and dies on 3 (or 15) February in Berlin. His body is buried there but later exhumed and carried back to St Petersburg.

The Barber of Seville

A classic account of Rossini’s final and most imposing opera, with a fine cast.

As a longtime nerd of electronic music in all of its forms, compiling a list of the ten best ambient albums is true torture. Please know that I feel appropriately ashamed for leaving out all the classics I inevitably must skip here. However, if this list helps those uninitiated down the path of chilled-out enlightenment, then my job has served its purpose.

The term “ambient” is mostly just another genre-tag we use for convenience — I’m pretty sure some consider Enya ambient as well, so it makes all the great stuff we know as “ambient” that much more trivial. Even the very term itself has sub-genres: “ambient house”, “chillbient” (what is “chillbient” anyway? Forget it, I don’t want to know), “Illbient” (see “chillbient”), “dark ambient”….the list goes on. The one prevailing idea behind this type of music is that it conjures a certain mood and tone of instrumental and relaxed nirvana whilst incorporating samples of every day happenings like bees buzzing, birds chirping, and cows farting (listen to “Sticky End” on “U.F. Orb”). These found sounds only go so far before the human element needs to take charge and converge the atmosphere with samples, synths, and classical origins.

The best ambient music struck its loudest chords in the 70’s and 90’s. In the 70’s, Brian Eno made the single greatest stride in the history of ambient music with a series of exceedingly beautiful vinyl adventures that still hold up to this very day. These works acted as a catalyst to any type of modern beat-less, instrumental music existing. Eno proved that instrumental electronic music can be just as emotional as the most complicated Mozart symphony, or more importantly (in the face of tired rock aesthetics), the longest screeching guitar solo. The 90’s made ambient music even better. The young techno crowd stepped in and showed off their aptitude in studio science while incorporating the latest and greatest in musical technology. This 90’s generation was the first to be influenced by the greatness of the experimental 70’s, and they concocted a heady brew mixed with dance culture. Some of the finest moments in ambient music shimmered from this time period and those precious ideas only continue to gather steam.

Eno once described his ambient output as “environmental music”, as if to say that his music was there to ignore as much as get lost in. An organic approach to ambient music is key — it invites the listener to be just as engaged and proactive as is necessary. It’s evolving music, shifting with moods, allowing us to hear something different each time we listen. To call it formless is missing the point entirely, as we put as much form as our personal experience allows us to. This relative freedom opens huge scopes of possibility built upon exactly what our life experience brings to the music.

Let’s get lost, shall we?

from Discogs Blog http://bit.ly/2TP3CFS
via IFTTT

from This day in music http://bit.ly/ZdYiND
via IFTTT