The story of the Posies could well be titled “A Tale of Two Bands.” Both sides of the musical coin are on display on the deluxe, two-disc reissues of the band’s first two major label releases, 1990’s ‘Dear 23’ and 1993’s ‘Frosting on the Beater’ via Omnivore. ►

from Goldmine Magazine https://ift.tt/2ET11FP
via IFTTT

The goal of this update is to set our users up for success by spelling out what is required when placing an order, creating seller terms, and handling order disputes.

The updated policy is effective as of today. However, we are allowing Discogs Sellers until the end of March to make sure they are in compliance. The policy updates reflect the best practices utilized by most successful users of the Marketplace. So most likely, as a Marketplace user, you are already meeting these guidelines. With the exception of one rule we have removed from the policy, the only differences you will notice are that we have officially identified and stated what exactly is expected of Marketplace users involved in sales transactions.

This means that sellers can now refuse to accept orders below a stated value or volume as long as they have clearly stated this requirement in their Seller Terms. Our hope is that this will encourage sellers to list more lower priced items for sale, and prevent sellers from losing time and money from processing low value orders.

We will also explain the risk involved when using a method that does not provide users a way to seek a refund or return of merchandise. We understand that in many regions, an unprotected payment method, such as bank transfer, is preferred because there are few or no associated fees. This is why we will continue to allow Buyers and Sellers to use this method of payment. We just want users to know that if there is a problem with their order and they used an unprotected payment method, the support we can provide is limited.

We are reminding Buyers and Sellers that they are required to obey all rules set by their payment provider.

This means that if you are involved in an order dispute, Discogs will expect you to follow the requirements of the provider that processed the payment. Examples of payment providers include PayPal, Discogs Payments, credit card providers and banking institutions.

We are reminding users to notify the other party of any problems with their orders before leaving feedback.

In addition, we are asking users to allow the other party four days to respond and resolve the issue before feedback is left. This prevents problems that can be easily solved from becoming more complicated. We are hoping this will also prevent instances where our feedback reviewers are required to remove otherwise valid feedback because the user did not notify the other party first.

We are highlighting the importance of providing the correct address when placing an order in the Marketplace.

We are listing what type of information must be included in Seller Terms.

We are outlining order management requirements for Sellers.

Once an order is received, the Seller will update the order as follows:

Of course, these requirements may be extended if the order page indicates that the Buyer and Seller mutually agree to do this.

We are providing clearer guidelines for what Buyers should do if there is a problem with their order.

In most cases, problems with orders can be resolved by either contacting the Seller or the payment provider. If as a Buyer, you are unhappy with your purchase, we ask you to do the following no later than 60 days after the order has shipped:

Thanks for taking the time to read through these updates! Just a reminder, if you have any questions or feedback related to the updated Sales & Transaction policy, please post in this forum thread which will be moderated by Discogs Staff.

from Discogs Blog https://ift.tt/2Hj2irb
via IFTTT

“A soul is a little more difficult to get out. People’s… 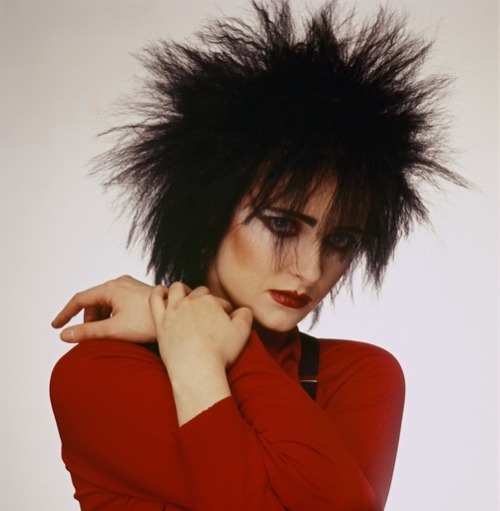 via The Real Mick Rock https://ift.tt/2EQuAI1

The post The Moody Blues’ ‘Live At The BBC: 1967-1970’ debuts on vinyl appeared first on Goldmine Magazine.

from Goldmine Magazine https://ift.tt/2UopqbH
via IFTTT

jfl Dip Your Ears, No. 227 (Te Deum for the Successful Sacking of Freiburg)

The liner notes start: “Henry Madin is and will remain famous for having [been…] sous-maître de la musique de la Chapelle du Roy.” Hold it right there. Madin is not famous in the least, he’s utterly unknown. However, if modern fame is in the cards for him, this

from Ionarts https://ift.tt/2C5UxBK
via IFTTT

Saudi Arabia to sponsor Milan Opera: @teatroallascala brings Saudi minister of culture on board of directors. “Win-win” says Intendant Alexander Pereira: We get $$$ and critics of our productions get dismembered and killed at the Saudi Consulate in Milan.https://t.co/GcmyEOJkYf pic.twitter.com/nwiyN8B4fk— Jens F. Laurson (@ClassicalCritic) March 6, 2019

from Ionarts https://ift.tt/2tQ036S
via IFTTT

Saint-Saëns was a prodigy polymath from whom music flowed effortlessly. Symphonies, concertos, chamber works, opera – there was seemingly nothing he couldn’t turn his hand to. 1886 witnessed the single greatest success of his career, as his epic Third ‘Organ’ Symphony thundered its way around the globe.

That same year he composed a ‘grand zoological fantasy’ in 14 movements, scored for two pianos, string quartet, double bass, flute, clarinet, glockenspiel, xylophone, and glass harmonica/celesta, which sprang from the opposite end of the musical spectrum: The Carnival of the Animals.

Saint-Saëns was so worried about the harm this plaisanterie might do to his reputation as a serious composer, that after two private performances he placed it under lock and key where it remained until after his death. Only one movement survived this embargo: The Swan.

With its hilarious send-ups – slow-motion can-can in ‘Tortoises’, Rossini’s Barber of Seville in ‘Fossils’, Berlioz’s Waltz of the Sylphs in ‘Elephant’ – and a rollicking finale that brings everyone back for a curtain call, a first-rate performance of The Carnival of the Animals should light up the musical sky.

And that is just what Marek Janowski, working alongside one of the world’s most celebrated piano duos, achieves here. By electing to gently cajole Saint-Saëns’s humorous asides rather than milking them for all their worth, this is more Hardy than Laurel, and none the worse for that.

In ‘Tortoises’, the Pekinel twins create a magically veiled sonority that creates the impression of being experienced through a heat wave, while ‘Aquarium’ – in which the glass harmonica takes a star turn – quietly glistens like  an iridescent jewel. The octave scales of ‘Pianists’ are played dead straight until the change to thirds – the real point of the joke – is signalled by a sudden relaxing of tempo and subtle change to a more ‘effortful’ sonority.

Strangely, the very opening is played as repeated notes rather than the customary tremolandos, but in the context of such a beguiling performance this is hardly a major distraction. Janowski and colleagues join in the proceedings with alacrity and the engineering combines ambient warmth and detail to perfection.

For a performance with a large string ensemble, André Previn’s Pittsburgh classic reigns supreme. The humour is deftly handled and deliciously understated, tempos are superbly judged, and in ‘Personages with long ears’ Previn insists on the donkeys’ whinnying being thrown off by the violins as flying harmonics rather than taken in the safety of first position.

Jennings and Villa play their vital roles as true ensemble players rather than ‘star’ soloists, and so natural and unforced is Previn’s direction, immaculately balanced by Philips’s engineers, that one can sit back enjoy this immaculately crafted score without any distraction.

For something a little more adventurous, which reveals Saint-Saëns’s mini-masterpiece in all its original chamber-scale glory, the Capuçon brothers and distinguished colleagues cry out to be heard. Things arguably go a little too far in ‘Pianists’, in which the protagonists get wildly out of synch with one another, but elsewhere the uncontainable exuberance of this performance carries all before it.

Rarely has the ‘Cuckoo’ sounded quite so absurd in the context of the pianists’ chorale-like musings, while these particular ‘Fossils’ dust themselves down and lift their skirts in the air for some well-aimed high-kicks. Gautier Capuçon’s ‘Swan’ and Emmanuel Pahud’s ‘Aviary’ are sublime, and the whistle-stop finale is guaranteed to send spirits soaring.

If Güher and Süher Pekinel are gently persuasive and chamber-scale in their responses, pianists Pascal Rogé and Cristina Ortiz play with an outsize virtuosity that is enormously imposing. Their ‘Lion’ has very broad, powerful shoulders, their ‘Wild Asses’ gallop at phenomenal speed, and their ‘Hens and Cockerels’ peck and strut their stuff with imperious indifference.

These ‘Tortoises’ appear to float past balletically and even the ‘Elephant’ sounds as though he may have been caught off-guard wearing a tutu. Yet there is an unmistakably Gallic charm and joie de vivre about this reading which suggests that everyone is having a good time. Charles Dutoit makes rather a meal of the introduction – more César Franck than snappy curtain-raiser – but maybe that’s another in-joke.

A bit of a naughty indulgence from Eugene Ormandy and his fabulous Philadelphians. Solo lines register clearly enough – although the pianos tend to come and go a bit – but it’s those Tchaikovsky-in-overdrive strings that dominate. For ‘Elephant’ read ‘Herd of Elephants’ as the entire double-bass section gives your woofers an aerobic work-out. It’s gloriously OTT, but probably not quite what Saint-Saëns originally had in mind.

This article originally featured in the June 2010 issue of BBC Music Magazine.