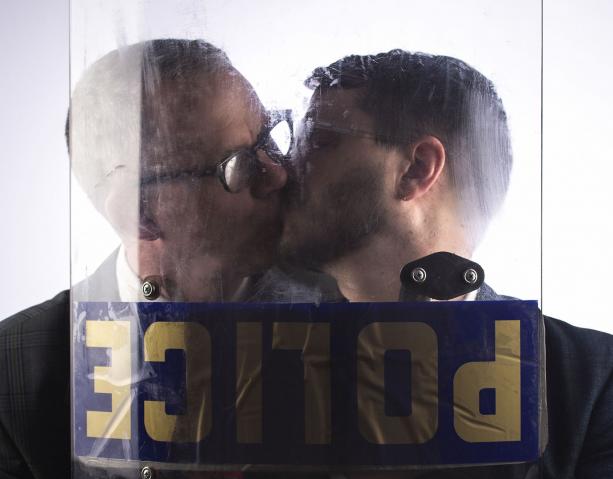 via The Wire: Home https://ift.tt/2u5DZoP 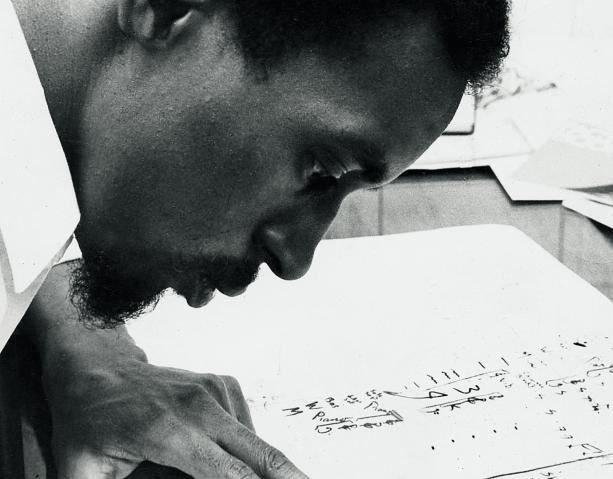 via The Wire: Home https://ift.tt/2UBNS9q

via The Wire: Home https://ift.tt/2TQIYs0

“There’s an art to looking back — how to celebrate the past without being entrapped by it…. 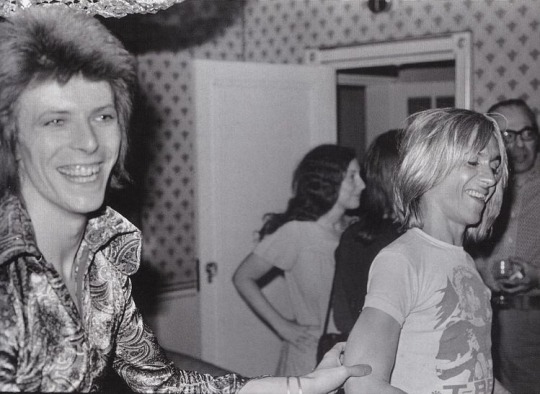 via The Real Mick Rock https://ift.tt/2ChQkuU

The predator that lurks on the cover of the album perfectly represents the moods locked in the album – it’s in-your-face, confusing, demonic, and eerie. It’s startling at times and soothing at others. Fear is a difficult emotion to surface from the grooves of a vinyl record because it lacks a visual— the discomfort you experience while listening can only be crafted with the help of your imagination. Massive Attack makes you think about what you would see onscreen during a Tobe Hooper or Alfred Hitchcock film. And, when Massive Attack did give their songs a visual representation, they surface the unexpected, like a foetus singing “Teardrop” from inside the womb and from their respective music videos. 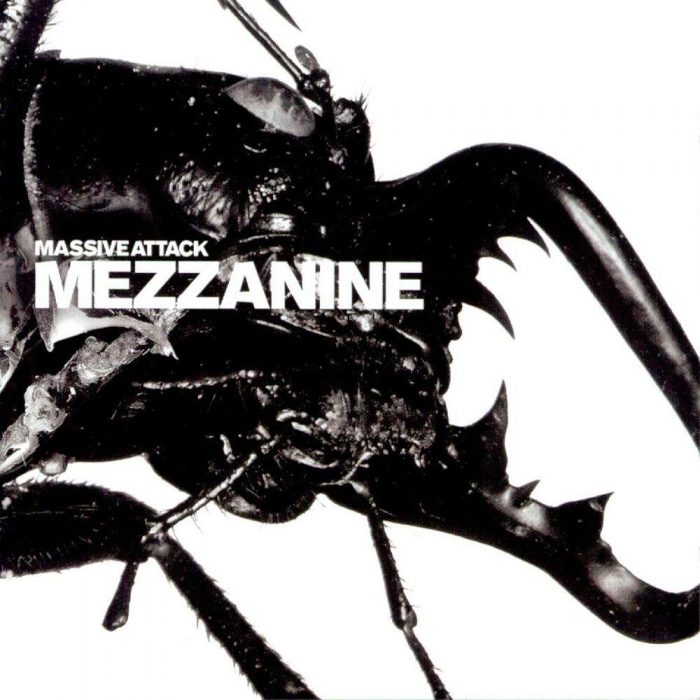 Join us to hear this album like never before.

Michael_Beek Six of the best… works by Lili Boulanger

Based on a poem by Eugène Adenis – itself based on Goethe’s Faust – Boulanger crafted a thirty-minute cantata for choir and orchestra, featuring solo parts for mezzo-soprano, tenor and baritone. The work won her the 1913 Prix de Rome, the first time the prize had been awarded to a woman composer. She is said to have written it in just four weeks.

This ambitious work, based on Psalm 130, was on Boulanger’s writing desk for a long while, largely thanks to the outbreak of war. During the war years, the composer volunteered for the Franco-American Committee; she also became quite ill during this period. The work is arranged for contralto, tenor, chorus, organ and orchestra.

Another work which Boulanger had to find time to return to during the war years was her take on a Buddhist prayer (indeed ‘a daily prayer for the whole universe’). An intensely spiritual work, it remains one of the composer’s greatest accomplishments and sits in quite stark contrast to the more nihilistic Du fond de l’abîme of the same period.

The writer Maurice Maeterlinck was no stranger to his works being taken on by composers; the most famous example might be Debussy’s Pelléas et Mélisande. Maeterlinck’s La princesse Maleine, however, was one piece he was quite protective of. The only composer he allowed to take it on was Lili Boulanger. It’s said she identified greatly with Maleine, but progress on the five-act opera was slow and she struggled to complete the work. Only fragments of it remain, which leads most scholars to believe it went unfinished.

This two-part work was completed just a couple of months before her death in 1918, the first half being the moving portrait D’un soir triste (Of a sad evening). Boulanger originally arranged the piece for cello and piano. The second half, D’un matin de printemps (Of a spring morning), is the sprightlier of the two works that make up this musical diptych, and was originally arranged for flute/violin and piano. Both halves were also arranged for piano trio and orchestra.

Her final work, the Pie Jesu is a deeply emotional and personal work that is in many ways her own Requiem. So unwell was she while working on the music, she actually finished it on her deathbed, dictating what was required to her sister. Nadia Boulanger is said to have been so distraught at Lili’s death, she turned her back on her own composing and decided to focus on teaching instead.

from Goldmine Magazine https://ift.tt/2HE2TnR
via IFTTT

As we celebrate 100 years of Nat King Cole, who was born March 17, 1919, UMe has released three albums of his music. We spoke with the legendary performer’s youngest children, twin daughters Timolin and Casey Cole about their father. … ►

from Goldmine Magazine https://ift.tt/2FaKGMW
via IFTTT

This is the last show in the tour and there’s an end-of-term vibe on the Verdict’s crowded stage as our genial host Roxanne introduces the band to the packed house. “I’ve been having a lot of fun” says John Turville (pictured), adding wryly, “and I think the band have too”. The band, sporting the kind of scruffily relaxed semi-formal look typical of Higher Education academics (which several of them are during daylight hours), seem to concur; then it’s straight into the first number, ‘Fall Out’, drawn from Turville’s recent album, Head First. The complex head is negotiated with ease and a close eye on the chart, then Julian Argüelles surges ahead on tenor, with a torrent of ideas, followed by Robbie Robson’s powerfully precise trumpet, and the leader’s light-touch, effortlessly inventive piano flowing into a cunningly executed coda. The two horns complement each other each with their full, rounded tone, accurate articulation and endlessly fertile, oblique melodicism.

Kenny Wheeler and John Taylor are guiding lights here, and the band are perfectly suited to a spirited interpretation of the former’s ‘4-5-6’, all the soloists coaxing a flow of lyrical ideas from the advanced harmonic base. Argüelles enjoyed a long association with Taylor, and ‘Ennerdale’, written by Turville in tribute, sees him rising off Dave Whitford’s big-toned, carefully constructed solo statement to raise the temperature with some inspired improvisation; his own ‘A Month In Tunisia’ has an airily precise latin lilt – a natural fit for Turville, who deploys a similar feel in his own ‘Head First’ – that leads into a super exciting drum solo from the prodigious Dave Maddren.

For all the band’s unassuming demeanour, these are outsize talents in this packed, intimate room. The second set starts with ‘Almagro Nights’ rearranged from trio format so that the full band fly over the complex, supple riffing. Then there’s a sax/piano duet, with Argüelle’s melting tone on soprano, never harsh or shrill even in the highest register, building up in telepathic correspondence with Turville’s arpeggios and swelling into a perfect torrent of notes, until the wave seems to break and the band come in with the rippling, dancing figures of ‘Perfect Foil’. This is music-making of the very highest order, and it’s a rare treat to witness it so close at hand. To follow, Turville puts the band through their paces with a knotty re-working of Coltrane’s already challenging ’26-2′, with generous additions of metric modulation leading to a joyous group free-improv – then there’s a Bill Evans ballad, ‘Laurie’, dedicated to Turville’s partner, and an artful arrangement of Michel Pettruciani’s ‘Beautiful But Why?’ that provides a welcome dose of straightahead swing.

“This is my dream band,” says Turville in conclusion, and it’s impossible to disagree – there’s such a perfect match between their expansive abilities and the leader’s vision, and it feels as though there’s no limit to the amount of music they can make together. We are treated to an encore of ‘Francisca’ by Toninho Horta; Argüelles wedges bits of paper into his horn as an impromptu repair, everyone soars in solo, and then we’re left to return to whatever mundanity awaits us, carrying the memory of this exceptional two hours of artistic creation.

from News https://ift.tt/2VTjGH8
via IFTTT