In a recent interview, Ronnie Milsap talks about the many famous collaborators on his album “The Duets.” ►

from Goldmine Magazine http://bit.ly/2Xg7EII
via IFTTT

Congratulations to Ellen Reid, whose opera p r i s m has won the 2019 Pulitzer Prize for Music. I attended the première, which took place at Redcat, in Los Angeles, under the auspices of L.A. Opera and Beth Morrison Projects, and wrote about it here. I first encountered Reid’s work when she contributed a memorable outdoor scene to Yuval Sharon’s multi-composer Hopscotch project. Andrew Norman’s Sustain was one of two finalists, alongside James Romig’s Still. I heard Sustain at the LA Phil and found it be one of the strongest American orchestral works of recent years. I missed Romig’s piece, which was recorded by New World, but will be sure to explore it.

from Alex Ross: The Rest Is Noise http://bit.ly/2IkCzQz
via IFTTT

In a recent interview, Ronnie Milsap talks about the many famous collaborators on his album “The Duets.” ►

from Goldmine Magazine http://bit.ly/2Xg7EII
via IFTTT

We spoke with Don, Mike and Pat from The Cyrkle, the U.S. band known for the 1966 hits “Red Rubber Ball” and “Turn-Down Day,” and discussed all their Columbia singles, their Beatles connection, Paul Simon, and Sirius XM’s Phlash Phelps. … ►

from Goldmine Magazine http://bit.ly/2VQ2J0U
via IFTTT

from Goldmine Magazine http://bit.ly/2Ug9Lud
via IFTTT

from Alex Ross: The Rest Is Noise http://bit.ly/2v6zCuo
via IFTTT

‪”My allegiance was always to the act. I wanted them to be happy. I wasn’t owned by a… 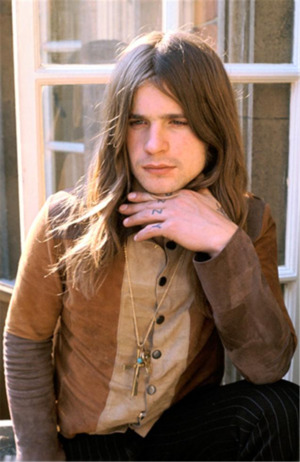 via The Real Mick Rock http://bit.ly/2IyKo4l

Schubert wrote some of the most famous melodies of all time – some have achieved the status of folk-song. Folk melody was indeed his starting point, but it is often the harmony which makes them memorable. His chords were not new in themselves, but his characteristic progressions, and sudden shifts from one key to a distantly related key, produce heart-stopping moments.

A good but not brilliant pianist, Schubert wrote in a style which did not make huge technical challenges. His piano music is highly original, with some of the finest pieces in the piano duet repertoire. Masterpieces like the F minor Fantasy and Grand Duo display a new soundworld, with frequent ringing high-octave doubling.

Schubert’s terminal illness distanced him from others. Passages of the ‘Unfinished’ Symphony express despair, and alien elements often intrude – such as the violent interruptions in the slow movement of the G major Quartet (D887) and the hysterical outburst in the slow movement of the A major Sonata (D959). Parts of his song cycle Die Winterreise are as nihilistic as it is possible to imagine.

The Germanic line from Beethoven through Mendelssohn and Schumann was tempered when the lyrical and pastoral influence of Schubert was brought to play on Brahms, Bruch, Bruckner and Dvorák – to all of these he showed how to use the long lines of song in symphonic argument.

This week’s Artist Of The Week is wood ewe. The brainchild of Manchester-based Iain Henderson, their unique strain of psychedelia runs through the whole project while working in elements bluesy folk and thoughtful electronica that becomes an organic-sounding unique and experimental creature. Or, as they describe it: “Psych-soaked guitar lines cuddle electronic loops in a freak folk blanket.” Any way you slice it, we think wood ewe has a lil’ something for everyone! Check out “Bonfire March” below to hear for yourself:

The post Artist Of The Week: wood ewe appeared first on Richer Unsigned.

from Richer Unsigned http://bit.ly/2GiNDKr
via IFTTT