Here is a portrait of Ivory Joe Hunter and the music he loved to make. He was hot damn good at what he did! And…He didn’t care who you were or where you came from, he was gonna sing for you stuff that would tear your heart out, have you bubbling over with joy or rockin’ down the house. ►

from Goldmine Magazine http://bit.ly/2PdiFrk
via IFTTT

Craft Recordings to release James Taylor’s ‘One Man Band’ on vinyl, first-time ever, on June 7. ►

The post James Taylor live LP ‘One Man Band’ to be released on vinyl appeared first on Goldmine Magazine.

from Goldmine Magazine http://bit.ly/2V0Ilgh
via IFTTT 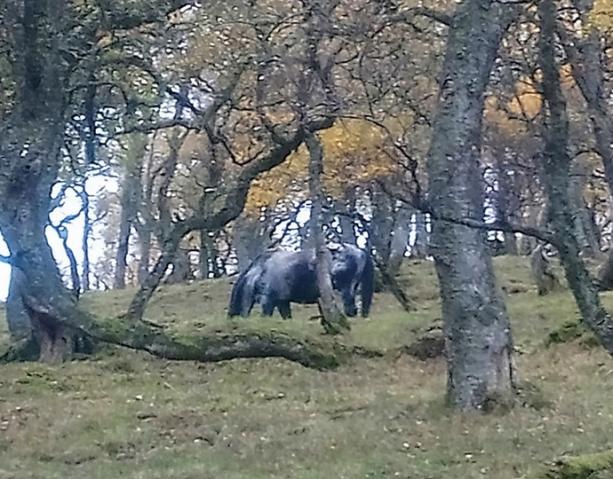 via The Wire: Home http://bit.ly/2UX8OeJ 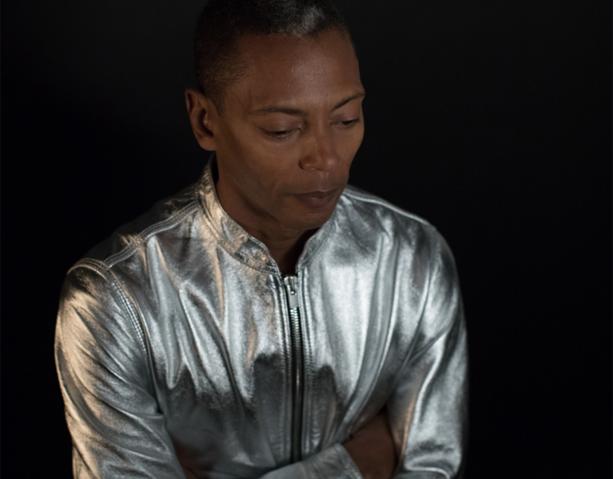 via The Wire: Home http://bit.ly/2Umfoab 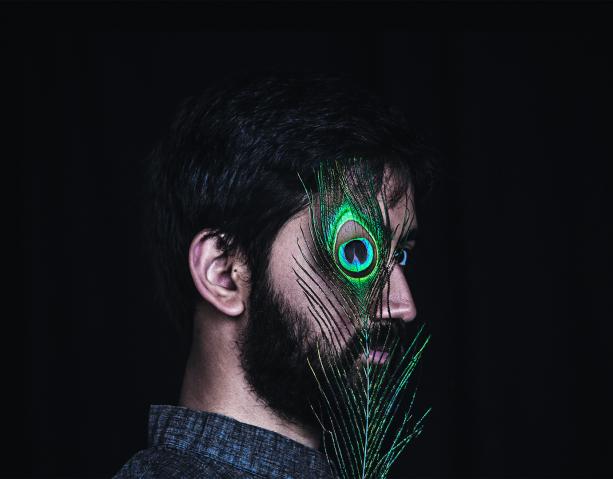 via The Wire: Home http://bit.ly/2GpPLRX

As a snapshot of the great charm of Vossa Jazz‘s weekender in western Norway no image is more apt than this: saxophonist Trygve Seim, one of the country’s consistently interesting artists harmonising with vocalist Sinikka Langeland and accordionist Frode Haltli just outside the small caravan-cum-sauna with which he travels from gig to gig. The backdrop is a stunning lake, shimmering in mid April-sunshine with snowcapped hills in the distance.

Visual beauty aside, that combination of instruments could be seen as a leitmotif for Nordic jazz with folk undertones, but that is far too reductive a summary. There are several other performances throughout the weekend that show how similar elements can yield music of vastly differing characters. Haltli leads his own avant-folk ensemble, whose clearly signposted intent is well met, while elsewhere artists do not so much look to create ‘fusions’ as engage in a kind of open sky experimentation that crosses many stylistic borders. The trio comprising drummer-percussionist Thomas Strønen, pianist Ayumi Tanaka and multi-reedist Marthe Lea produces one of the most intriguing sets of the weekend, shifting coherently between a kind of floating, gauzy sound, enhanced by the gossamer understatement of Strønen’s brushes, woodblocks and sticks, and withering bursts of tenor, recorder or two-horns-at-once in the style of Rhasaan. Lea’s vocal is an unexpected bonus insofar as it brings a haunting anthem-like quality to the uninterrupted suite in which Tanaka also makes an impression with ghostly countermelodies and drifting textures.

Spacemusic Ensemble is also a revelation. Led by saxophonist-composer Signe Emeluth, the sextet makes much of a rich electro-acoustic palette in which a hefty tuba and Ra-ish synths entwine vividly with the voice of Rohey Taalaj, here in a distinctly different mode to Gurls and Rohey. She performs some demanding wordless vocal lines that twist and turn through eerie chords enhanced by the engagingly sinister sonic web woven with smart precision and joyous abandon.

Both these gigs take place at Osasalen, an intimate space just a short walk from the Park hotel which has several venues, from the gym-like Vossasalen to the smaller Festsalen, Pentagon and Café Stationen, each of which is a stone’s throw from one another, and thus invite a steady stream of punters over the whole weekend.

Yet one of the highlights of the festival takes place in the evocative setting of Finnesloftet, a 13th century banqueting hall whose sturdy wooden frame might still be standing when camera phones have clicked to extinction. Sudan Dudan, consisting of two vocalist-instrumentalists, Marit Karlberg on the slightly cymbalom–like langeleik, and Anders Erik Roine on guitar and Jew’s harp, keep a small audience rapt with traditional songs whose deep melancholy is spiked with some invigorating modernist contours. A duo of a very different kind, the Swiss-Albanian vocalist Elina Duni and British guitarist Rob Luft, also makes a favourable impression with its mixture of pan-European folk, intricate comping and loop station counterpoint.

While this is enjoyable a moment of quite sublime beauty comes by way of another guitarist, Danish master Jakob Bro (pictured above), whose quartet featuring his compatriot, veteran flugelhorn player Palle Mikkelborg, gives an object lesson in how to create fraught but graceful elegies in which the leader’s whispery phrases and mist trails of effects are an effective canvas for the horn player’s concise, sometimes curt figures that often hang tantalisingly in the air. The result is music where stillness is anything but static. Which is sadly not the case with trumpeter Matthias Eick’s set of well-executed but nonetheless colourless themes. Also underwhelming is rock-edged guitarist Hedvig Mollestad who replaces her usual trio with an expanded line-up that includes Portugese trumpeter Susanna Santos Silva, and the result is a slightly ungainly layering of sounds, which don’t quite maximise the substantial individual talents.

In contrast, the glowing charisma and lordly tone of Malian vocal legend Salif Keita, backed by a superlative band, have the audience on its feet, though it feels as if a gig with such a high feel-good quotient should have perhaps closed, rather than opened, the festival. Having said that a handful of potent performances by Nordic artists also win over the crowd with a mixture of intensity and humour. Swedish baritone saxophonist Mats Gustafsson’s The End, featuring the extraordinary vocals of Sofia Jernberg, exudes the kind of fearsomely uncompromising energy that has defined his work from The Thing to Fire! Orchestra, while Danish drummer Kresten Osgood has a raucous, sometimes rampaging take on small group aesthetics that owes a debt to Ornette and Ayler, though the dodgy vocal is all his. Finnish band Gourmet, featuring saxophonist Mikko Innanen is in a league (and world) of its own. The tinder dry humour and quirky, appealing songs, which are largely instrumental pop with strong soloing, strike a chord with punters that aren’t sure what to make of six guys dressed as five-star waiters. The local sheep’s head is not on the joke-laden menu.

from News http://bit.ly/2UiDouU
via IFTTT 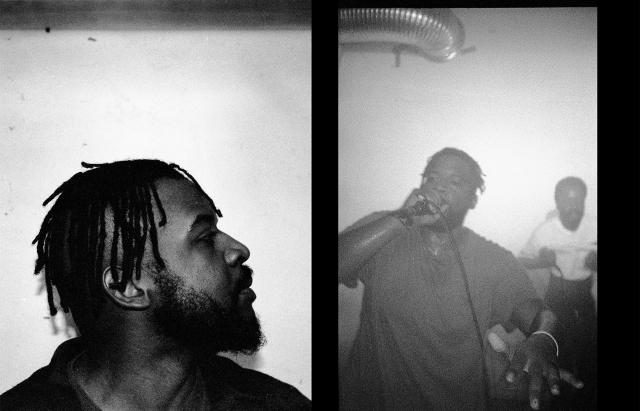 Greetings fellow humans. Reporting live from the Dutch office where I’m licking my proverbial wounds from the Utrecht record fair all weekend which I’ll blab about in a later post. In the meantime, once again back with another list of things you should have bought had you known about the real top 50. What was big in February? A lot. There’s all sorts of cool stuff here to the point that it’s making me wonder if the script I wrote is broken or not. Scoop that Robert Ashley record, it’s good! #20 – Prince And The Revolution – Purple Rain from Discogs Blog http://bit.ly/2GgzgGJ
via IFTTT

A successful performance of the Sonata needs an acute sense of interaction between the players. All chamber music demands that, you might well argue, but Poulenc’s fine-spun tissues require an unusual intimacy. The flute’s melodic line throughout the first movement, for instance, is practically a stream of consciousness, as it reacts to the piano’s changes of key. The secret lies in the balance of the phrases, the way one leads on to another, the way any speed changes are organic.

Then there’s sheer beauty of sound. Poulenc took great care to make his music beautiful: the instrumental sound must match it. That’s affected by changing fashions, perhaps unfortunately. Rampal’s own 1969 recording with his fellow Frenchman  Robert Veyron-Lacroix, on the Erato label, seems now to have a troubling vibrato, though his filmed performance of the slow movement with Poulenc himself ten years earlier (not available at present) is truly lovely.

Thirdly, it is not an easy work to play. The visceral dislike that the piece inspires in just a few musicians perhaps stems from their pre-emptive wince as yet another young flute player embarks upon that opening arpeggio.

The recording that works best, with beautiful sound, conversational fluency and technical brilliance is from the Israeli flautist Sharon Bezaly and Dutch pianist Ronald Brautigam, made for the BIS label in 2008.

Admittedly, Bezaly and Brautigam’s attention to detail is not always perfect – at one point, for instance, Brautigam smoothes one of Poulenc’s important semitones into a mere octave – and their slow movement is perhaps a little fast (though, paradoxically, still full of repose). Overall, however, this is pretty breathtaking stuff. The two players have a theatricality about them that Poulenc himself would have appreciated.

Poulenc was never concerned about being ‘modern’ – he affected a weary indifference to the 1950s critics who thought him an irrelevance. (Incidentally, how usefully his music demonstrates the difference between ‘modern’ and ‘original’). Unfortunately, even those who love his music can be lulled into inattention by the apparent familiarity of the material (see also ‘The best recording’, left), and Adam Walker and James Baillieu’s 2013 recording shows several such misreadings in the piano. That’s a pity, because they have a wonderful rapport, and right at the outset they show that Poulenc’s tempo marking Allegro malinconico (fast, melancholy) need not be an oxymoron, as some writers have suggested.

These two musicians from the Nash Ensemble have a wonderful understanding of the relationship between Poulenc’s melody and harmony. Ian Brown is one of few pianists to take Poulenc at his word where pedalling is concerned, and Philippa Davies’s sound in the slow movement especially is ravishing. The CD, recorded in 2010, also presents Poulenc’s wind music and the violin and cello sonatas.

The thoughtful duo of flautist Guy Eshed and pianist Tim Horton, who are both members of Music in the Round’s Ensemble 360, make some very interesting tempo decisions about Poulenc’s tenuto marks in the third movement. The playing is beautiful, but their slow movement slightly falls apart in the middle. With all of Poulenc’s music for piano and wind instruments featured on this 2010 disc, there is much else to enjoy here.

Schulz was the principal flautist in the Vienna Philharmonic. His playing has a brisk efficiency that reminds us that the particular skills required for orchestral playing are not always helpful elsewhere. Worse, pianist Madoka Inui catastrophically misreads a clef in the slow movement, turning the suave perfect cadence that introduces the melancholy waltz into complete nonsense. You’d have thought someone, somewhere, might just have noticed.