With Cheltenham Jazz Festival set for a busy six days and nights of music running from 1 to 6 May across the Bank Holiday weekend, it’s been confirmed that an all-star revival of iconic 1960s BBC TV show, Jazz 625, will be broadcast live from the festival on BBC4 on Friday 3 May. Combining live music, archive clips, features and interviews, and a house band led by pianist Robert Mitchell, guests will include Gregory Porter, Joshua Redman, Jean Toussaint, Shirley Tetteh (above left) and Jacqui Dankworth (above centre).

There will also be an exclusive pre-recorded live performance from Rolling Stones’ drummer Charlie Watts (above right with bassist Dave Green) on a hard-swinging set with top US saxophonist Scott Hamilton, plus a new interview with Dame Cleo Laine reflecting on her performance on an original Jazz 625 episode. Those wishing to attend can apply for tickets at www.cheltenhamfestivals.com/jazz625.

The full festival programme is now available online and includes headliners such as Abdullah Ibrahim, The Bad Plus, Joshua Redman Trio, Nubya Garcia, Yazz Ahmed, plus dynamic duos Nikki Yeoh/Zoe Rahman and Omar Sosa/Yilian Canizares. Alongside these shows the festival’s Freestage and ‘around town’ programme will spread the music beyond the dedicated site in Montpellier Gardens, with 90 free gigs at street stages and venues around the town.

The Yamaha Discovery Space also hosts plenty of workshops aimed at getting kids (and their parents) into the music, with sessions including Jazz Babies, Evelyn and the Yellow Birds with Cherise Adams-Burnett, Sound Discoveries with Jason Singh and Family Sing with Alice Zawadzki among many others.

The Henry Westons stage also presents acoustic performances from a wide range of artists throughout the weekend, while there’s jamming until the small hours at the Hotel Du Vin, plus aftershow parties and late night DJ sets. Birmingham-based Stoney Lane Records will once again run the on-site record store that will also host numerous post-gig signing sessions with the stars of this year’s event. Jazzwise is the festival’s media partner.

from News http://bit.ly/2vwdcTF
via IFTTT

When Valery Gergiev came to Munich as the new music director of the Philharmonic, he mentioned that he intended to conduct a lot of Bruckner. He might even have been explicit about it; if not it was the subtext: namely that he was going to use

from Ionarts http://bit.ly/2PFVOVN
via IFTTT

Listed are the upcoming record shows and events for May 2019 and beyond. ►

from Goldmine Magazine http://bit.ly/2LgqwWS
via IFTTT

from Goldmine Magazine http://bit.ly/2Y31oED
via IFTTT

“The only way to prepare for sessions is to first build your internal focus. You have to… 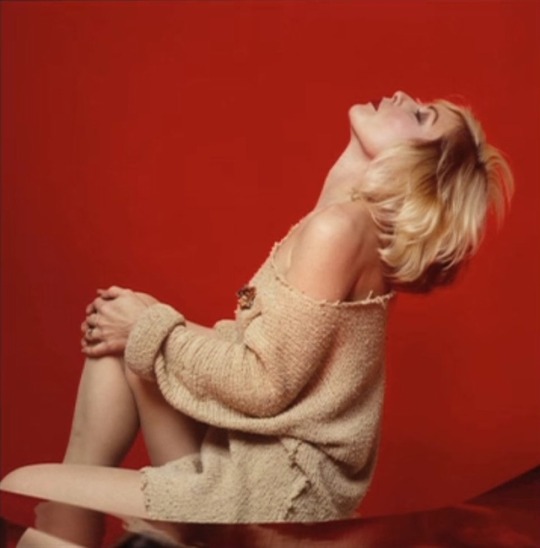 via The Real Mick Rock http://bit.ly/2ZPa5Uw

An excellent overview of Khachaturian’s career through a fine selection of his piano works.

These beautiful concertos reflect Khachaturian’s fine understanding, as a former cello player, of the expressive potential of string instruments.

No. 1 is full of engaging ideas, and No. 3 is a splendid noise-fest for 15 trumpets and organ.

These zestful and atmospheric performances are a fine introduction to Khachaturian’s ballets.

An excellent overview of Khachaturian’s career through a fine selection of his piano works.

These beautiful concertos reflect Khachaturian’s fine understanding, as a former cello player, of the expressive potential of string instruments.

No. 1 is full of engaging ideas, and No. 3 is a splendid noise-fest for 15 trumpets and organ.

These zestful and atmospheric performances are a fine introduction to Khachaturian’s ballets.

This year’s Jazz FM Awards ceremony took place at Shoreditch Town Hall, London on Tuesday 30 April (UNESCO International Jazz Day), with the winners reflecting the strength and vibrancy of the UK and US jazz scenes. Among those taking home gongs were emerging London-based saxophonist Cassie Kinoshi, who is making waves with her SEED Ensemble, winning Breakthrough Act of the Year, while fiery fast-rising tenorist Nubya Garcia won the public vote for the UK Jazz Act of the Year.

More established artists among the winners included expat US saxophonist (and former Jazz Messenger) Jean Toussaint, who won Instrumentalist of the Year, while Shabaka Hutchings’ incendiary four-piece Sons Of Kemet won the public vote for their all-conquering Your Queen Is A Reptile in the Album of the Year category. Transatlantic triumphs included drummer/producer Makaya McCraven winning International Jazz Act of the Year; tenor titan Kamasi Washington’s spontaneous appearance at south London’s Steam Down venue helped it and its live jazz collective scoop Live Experience of the Year and leading US guitarist and singer Eric Bibb was named Blues Artist of the Year.

The Blue Note record label’s 80th anniversary this year was also recognised with its president, Don Was, receiving the PPL Lifetime Achievement Award, presented to him by old friend, and The Beatles drummer, Ringo Starr. The night’s other special award saw Quincy Jones’ vocal protégé Jacob Collier collect the PRS for Music Gold Award. Hosted by Jazz FM presenters Chris Philips and Jez Nelson, there were live performances from singer Beverley Knight, who paid tribute to late-great soul-jazz vocal legend Aretha Franklin, while the high-energy Steam Down Collective closed out the show in emphatic style with a guest appearance from Makaya McCraven on drums.

The Innovation Award: Steam Down

Instrumentalist Of The Year: Jean Toussaint

Vocalist Of The Year: Cherise Adams-Burnett

Album Of The Year (Public Vote): Sons Of Kemet – Your Queen Is A Reptile

from News http://bit.ly/2VzXlC1
via IFTTT