from Alex Ross: The Rest Is Noise http://bit.ly/2HFdy0M
via IFTTT

My David Bowie exhibition in Beijing will run from May 28th til August 4th. It is my first… 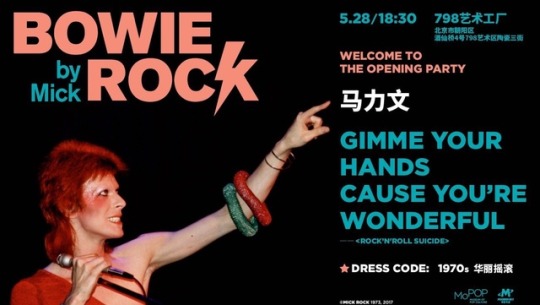 via The Real Mick Rock http://bit.ly/2K4FFs9

from Alex Ross: The Rest Is Noise http://bit.ly/2QrQky5
via IFTTT

Music Freelance A guide to Vaughan Williams’s Symphony No. 3 ‘A Pastoral Symphony’

Despite its serene, idyllic sound, the Third is conceived near the front line while VW is on active service in World War I.

‘Not really lambkins frisking at all’, wrote the composer many years later.

This fusion of four-movement symphon and memorial Requiem is uniquely daring in its quiet tone and manner. It features two remarkable solo passages: a solo trumpet (imitating a military bugle) in the second movement, and in the finale, a wordless soprano voice.

During the war, in which he served as an ambulance orderly and in the Royal Garrison Artillery, Vaughan Williams (VW) kept his musical activity going when he could – organising and conducting an army choir (for instance, on Christmas Eve, 1916, in northern Greece, with the snow-covered Mount Olympus in the distance), or accompanying sing-songs at the piano.

While serious composing proved impossible, his creative imagination could still function – even just behind the front line in northern France, where his medical unit was posted in the summer of 1916. A  Pastoral Symphony now began to take shape in his mind. Many years later he wrote to Ursula Wood (who eventually became his second wife): ‘It’s really war-time music – a great deal of it incubated when I used to go up night after night with the ambulance waggon at Ecoives, and we went up a steep hill and there was a wonderful Corot-like landscape in the sunset…’

Returning home in 1919, VW began to refocus on his composing. He had completed in 1914 an early version of the serene and beautiful The Lark Ascending, for violin and orchestra. He now revised this, along with A London Symphony (from which some fine material was cut) and some of his other works, before finishing A Pastoral Symphony in 1921.

Much has been said about the ‘terrible effect’ the war had on Vaughan Williams. No doubt it did. But since he never wrote or spoke publicly about these things, we can’t presume to know how  it did – except that afterwards his music was indeed changed.

Three of A Pastoral Symphony’s four movements are essentially slow and quiet. Even the Scherzo – apart from its scurrying coda – is broadly paced. The music’s harmonic world, too, is different from before – persistently and exquisitely dissonant – yet handled in a way that makes it sound like a new, other-worldly kind of consonance. There is a sense that the composer was quietly astonished to find that he was still alive – and that the events he had witnessed now brought from him a need to affirm a deeper level of artistic peace and beauty.

The new language and tone pervade two other exceptional works completed a year later: the unaccompanied choral Mass in G minor (on this month’s cover disc), and The Shepherds of the Delectable Mountains, a ‘pastoral episode’ taken from John Bunyan’s The Pilgrim’s Progress and set as a one-act chamber opera. This is music so beautiful that, like Bunyan’s three shepherds, it seems quietly to know something that the rest of us don’t.

Then came a sequence of works extending A Pastoral Symphony’ s idiom in a more radical direction. Flos Campi, for viola, chamber orchestra and wordless female chorus, was completed in 1925. So was the magnificent Sancta Civitas, based on the Revelation of St John and VW’s own favourite among his choral works. Much of the next few years was taken up with work on a Shakespeare- and Falstaff-inspired opera, Sir John in Love. Then the 1930s approached, and with the new decade, a new and more turbulent set of musical adventures.

Rebecca Franks Who is Jamie Barton?

Jamie Barton was born in Georgia, US in 1981. Following studies at Shorter College in her home town of Rome and then at Indiana University, she began her career at Houston Grand Opera.

In 2013, Barton won both the Song Prize and the Main Prize at BBC Cardiff Singer of the World, leading to major engagements worldwide. 'She's a great artist, no question,' wrote The Guardian's critic.

Appearances in opera houses around the world ensued, including at the Metropolitan Opera in New York and the Royal Opera House in London.

• Six of the Best: Last Nights of the Proms

Her debut recital album, with pianist Brian Zeger, featured songs by Mahler, Sibelius and Dvořák. It won in the Vocal category of the 2018 BBC Music Magazine Awards.

And outside the world of music? Barton's enthusiasms include Doctor Who, musicals, bluegrass and Monty Python.

Alice Mary is a self-described “classically trained, techno-loving Jimi Hendrix fan who has somehow become a pop musician” and honestly, we couldn’t have put it better! Her music is a duality; on one hand, her productions are delicate and dreamy electronic exercises, with expertly twisted sampling while her voice swims in pools akin to indie singer/songwriters like Conor Oberst and Fiest. “Failing In Love” off of Alice’s debut EP I Am Here encapsulates this duplexity perfectly, so check it out below:

The post Artist Of The Week: Alice Mary appeared first on Richer Unsigned.

from Richer Unsigned http://bit.ly/2wonJ3A
via IFTTT