Listed are the upcoming record shows and events for June 2019 and beyond. ►

from Goldmine Magazine http://bit.ly/2wzZsYx
via IFTTT

Beth Gibbons and the Polish National Radio Symphony Orchestra Symphony #3 – Symphony of Sorrowful Songs Opus 36 by Henryk Górecki (Domino Records – CD) Even at the helm of the so -dventurous Portishead, Beth Gibbons’ vocals always felt as … ►

from Goldmine Magazine http://bit.ly/2XqKlfJ
via IFTTT

from CDandLP: Blog http://bit.ly/2Wk5ewF
via IFTTT 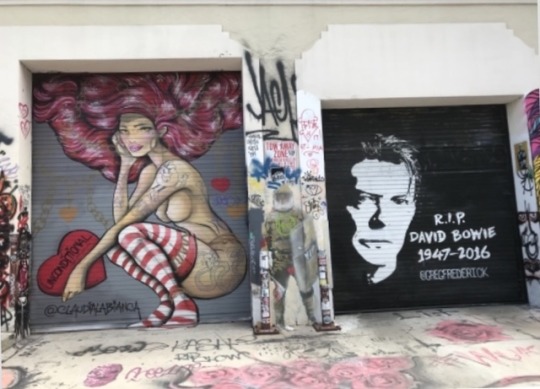 via The Real Mick Rock http://bit.ly/2WnD7wn

Crazy Beat’s doors have been open for many moons and have seen firsthand the record buying evolution, with Gary Dennis at the helm since day one. Crazy Beat is on the surface a brick and mortar record shop, bursting at the seams with vinyl — but a step into the back room opens up to an archived wonderland, with an additional 30,000 records listed on the Discogs Marketplace.

From funk and soul to rock and pop to jungle and D&B, Gary and the team have a melting pot of popular music spanning many decades up to the present day. This has propelled Gary’s record emporium to our top tier of sellers. He took the time out to give us an insight into the world of Crazy Beat.

How long have you been buying and selling for, and where did it start?!

I’ve been buying and selling records for 35 years. It started by going to a boot sale, finding records, and selling them out of a briefcase at gigs I DJed at.

When did Crazy Beats’ doors first open, and how soon after did online sales come into play?

Crazy Beat’s doors opened in 1987. The original owner was a lady called Tracey. I was told of the record shop opening up, so I went over there and found that I knew Tracey anyway from the soul scene. Then I started to sell my records in her record shop and paid her a commission. Soon the interest started to grow, and my good friend, well respected Brixton frontline tribe member Eddie Stokes sold his amazing collection of soul, jazz, and funk to us, which helped give Crazy Beat a boost. After two or three years of doing this, Tracey decided that she wanted to sell her business. I thought about it, bought it, and the rest is history.

We started online sales here around about 1998-99. And we were very lucky that we had a good friend of the shop, Russ Edkins, who started to produce a website for us. Many of you out there would remember the [Y2K] bug that was supposed to happen. Russell got made redundant at that point, and I was very fortunate to have him in our business for six months getting our database ready for the new website, which would have been launched sometime in the early 2000s.

When did you start using Discogs, and how do you use it in the day-to-day operation of Crazy Beat today?

July 2007 was the first month we traded on Discogs. I think I found out about Discogs from JP and Gareth, two of our members of staff. However, back then Discogs was predominantly a place for selling drum and bass and hardcore, and its representation of some of the other styles of music was not as good as it is now. In our first month of trading on Discogs we took 10 orders!

As we began to realise the potential of Discogs, and as other genres of music started to get put on, our orders rose from just 10 in one month to over a 150 a month in 2009. We could see there was a steady increase in the number of people using Discogs. I still at that point don’t think Discogs or myself really realised the potential of the tool we had in front of us. As Discogs began to grow and the database got bigger and bigger, today we have orders of well over 1,000 a month. And we enjoy selling just about every genre of music there is. And in the words of John Manship, one of the most respected dealers in the UK, I’ll even sell Ken Dodd on there, I don’t care! Hearing John’s words inspired us to say, let’s go for it, let’s list anything, and we do!

What’s your most interesting find in recent years?

Ok, a very hard question to answer! You would think it would be easy, but dealing with hundreds of collections a month, it is sometimes hard to differentiate between them all. However, I remember standing at the counter, some 15 years ago, and the phone went. And this Jamaican lady said to me, “My basement is flooded and it’s full of records. I’ve got some of them out before they got wet but the rest are getting wet, can you come round and buy them?”

So I quickly put down what I was doing and shot off to Walthamstow. The lady had about 3,000 45s, maybe more. And a lot of them were stamped with the name of Don Jones. Most of it was reggae. But there was some soul and funk too. I had never heard of Don Jones, and was rather taken aback by the quality of the records that were there. I paid the lady some money, and off I went. She had said to me she had more, and I’d rung her on a few occasions to see if she would sell them to me, but she said the family wanted them. This is not an uncommon thing within the Caribbean community.

It took me years to find out who Don Jones was, from one of the most knowledgeable people in the soul scene, who used to carry his boxes for him when he was a young boy. It turns out Don was a big radio DJ in Birmingham, and a club DJ. The records from this collection…it’s one of those collections you’d love to have back, just to see it again. Records turn up in all sorts of places, and sometimes in the most unlikely situations. It is those that give you the greatest memories over the 35 years of buying and selling records. Of course, some of those have drifted into obscurity and you forget about them, but when you sit down and think about some of the collections you’ve bought and sold, it’s absolutely an amazing thing to have experienced.

To my knowledge, the three most valuable records I’ve ever sold are two copies of red and white Parlophone demos of The Beatles’ Please Please Me 45, which achieved around £2,500 each, and an Iron Maiden uncut picture disc for around about the same price.

Any tips for buyers browsing your crates on Discogs?

The most important thing is to be aware of the lower part of the market, the £5-10 stuff. Today, some of those records could be a fiver, and tomorrow they could be considerably more. Browsing these cheaper items is well within most people’s budget and will keep them buying records for the rest of their lives. If they only chase the rare and collectible, most run out of money and therefore have to sell some of their records, and this becomes disheartening. By all means occasionally splash out on the odd record here and there that might be something special, but don’t get caught up in buying the in-demand and expensive items. This is why I don’t buy records myself anymore, apart from to sell in my shop. However, I do steal the odd one!

Browsing the racks in a record shop is something that is very special in the hearts of many people. Although I’d probably curse you if you came into my shop and did it, play as many records as you can, that way you find out what you like! And the secret is to know what not to buy, rather than what to buy. So browse those cheaper items and keep buying records forever. That will help keep me, my staff and Discogs in business!

How do you see your record shop working alongside Discogs in the future?

When eBay first came along, it was never going to be the right tool for selling loads and loads of records online, as it was much more corporate and very expensive to sell just average items. Discogs fees are much more competitively priced, and the interface is very user-friendly. It’s an extremely useful tool for cataloguing our stock and selling it online, and I can’t see anything coming along to better it. As long as we can continue to find records and continue to list records, I think that we will have a long and enjoyable association with Discogs and with the customers that use it.

Gary and the team continue to list hundreds of great records on Discogs each day. I even came out with a Masters Of Work 12” which I’ve been after for years! Have browse through his digital crates. You won’t be disappointed!

from Discogs Blog https://blog.discogs.com/en/crazy-beat-records/
via IFTTT

“It’s an energy thing. At the height of the moment, I say assassin because that’s what I feel… 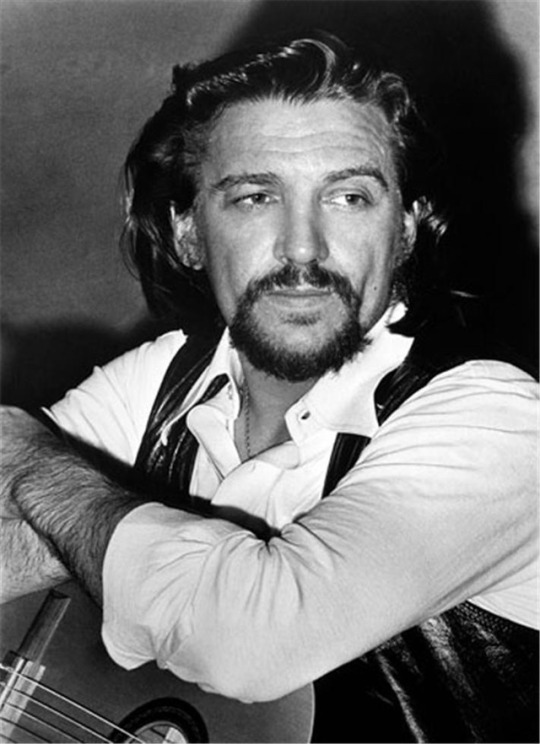 via The Real Mick Rock http://bit.ly/2QMhHTz 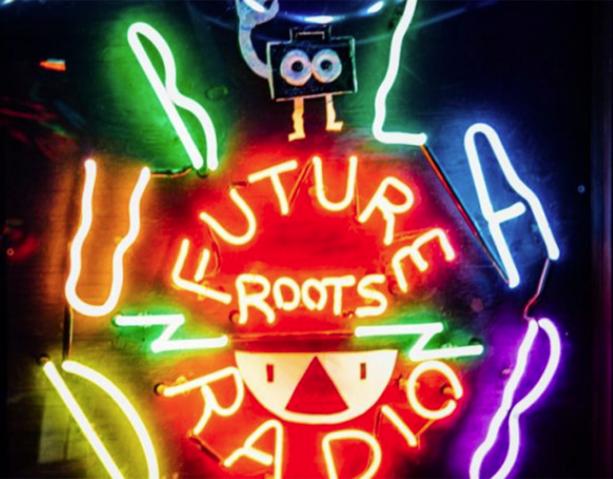 via The Wire: Home http://bit.ly/2QLOSH5 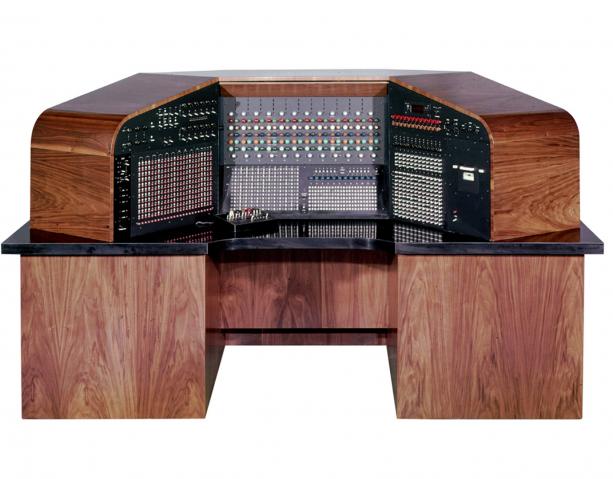