Has it really been almost three months? I knew it would be hard to write about the death of Danny Kustow, but I had no idea it would take this long.  I didn’t even know him that well; I was … ►

from Goldmine Magazine http://bit.ly/2WqSIeF
via IFTTT

When Steve Earle made a splash beyond country audiences with Copperhead Road in 1988, he combined Bruce Springsteen’s working man populism, Dwight Yoakam’s twangy neo-classicism, and Gun N’ Roses’ ass-kicking verve into a tight, combustible package. Unsurprisingly, Earle didn’t play nice with the Nashville establishment. That’s why he followed in the footsteps of Yoakam, releasing Copperhead Road outside the Nashville system. This blueprint treated Earle well, as he eventually became an elder statesman of Americana, respected by songwriters and stars alike.

The roots of his hard rocking late-’80s rebellion can be traced back to the previous decade. As a youngster, Earle tooled around with a group of folky songwriters who blazed the trails of outlaw country, before being overshadowed by poppier “outlaw” counterparts that learned to play nice with Nashville.

The charming music doc Heartworn Highways chronicles this period. Not released theatrically until 1981, the cult classic provides a snapshot of outlaw country life in the mid-’70s. It showcases several luminaries of the time — including a young Steve Earle — but one of the unquestioned stars is Guy Clark. Not only did he gather future heavy hitters around his dinner table in the documentary, but Clark served as their mentor.

Superstardom eluded Clark in the ensuing decades, but not his songs. Artists like Jerry Jeff Walker, Bobby Bare, Vince Gill, Asleep At The Wheel, and Rodney Crowell experienced chart success with Clark-penned numbers. He was even considered the fifth Highwayman by some.

Watching this songwriting success had a lasting effect on Earle. “He left a great body of work, because he worked almost until the very end,” Earle told The Boot. “That’s one of the things I learned from him and [his wife, fellow singer-songwriter] Susanna [Clark], is that these things that artists call ‘disciplines’ are called that for a reason. You have to work at it, and Guy worked. He worked really hard.”

The relationship Earle forged with Clark in those early years was lifelong — and beyond. Three years after Clark’s lost his battle with lymphoma in 2016, Earle decided to keep his hardworking hitmaking legacy alive. This spring, Steve Earle released Guy, which contains 16 covers primarily from Guy Clark’s early work.

The record won praise from all over, with American Songwriter saying Earle’s Americana gravitas gives “each of these songs the weighty interpretations they deserve” and Q Magazine calling it “touching and thoughtful.” While giving Clark his due on tracks like L.A. Freeway and Desperados Waiting For A Train, Earle creates an album that stands up against the rest of his catalog.

And in case you’re wondering what Guy is up against, here are the most popular Steve Earle albums according to the Discogs community. So take a look at this list while blasting New Cut Road and The Randall Knife, then let us know how you’d rank them. from Discogs Blog http://bit.ly/2EReptO
via IFTTT

Unknown The Road to the Finals: The Leopold Mozart Competition

Leopold Mozart Competition, Round 2 (Semi Finals)
Accompanists Hyun-Jung-Berger and Jose_Gallard are being poked in the ribs by jury-member Ulf Hölscher. Maybe

The first cut from 24 participants at the Leopold Mozart Competition down to twelve semi-finalists was severe but a reasonably harmonious and self-evident matter. The second cut that determined the three finalists out of those twelve

from Ionarts http://bit.ly/2Xor52m
via IFTTT

Unknown Dip Your Ears, No. 239 / Ionarts CD of the Month (Pathétique Heroin)

So over-the-top, so permanently electric, so much current running through it… so doubling down on anything Tchaikovsky may have even just insinuated… so extreme in going to the full logical extent (and perhaps further—who knows, who cares) on color, effect, emotion, that Tchaikovsky’s lumbering-romantic grand Pathétique

from Ionarts http://bit.ly/31kCWRA
via IFTTT 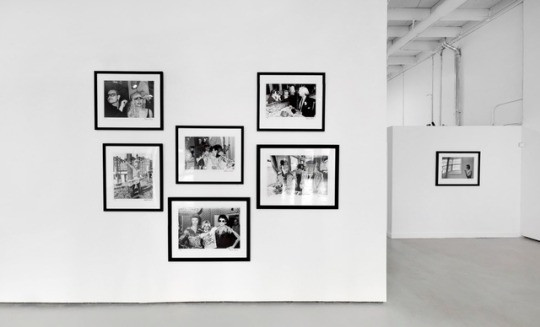 via The Real Mick Rock http://bit.ly/2Kuj34m 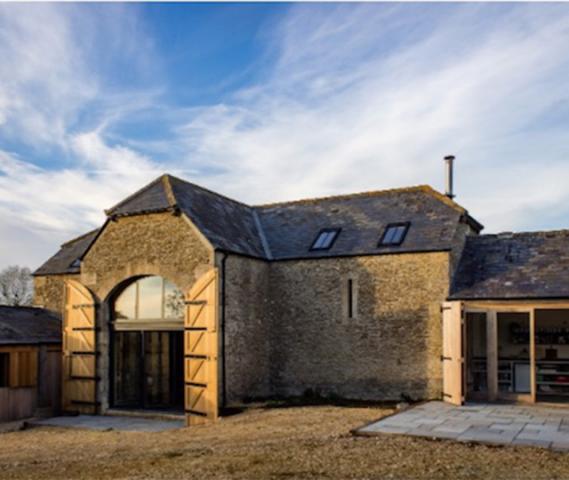 via The Wire: Home http://bit.ly/2KsuXvx

The first thing to notice were the queues, over 200 yards long and four abreast, at both ticket outlets. For a jazz festival? Fantastic. Apparently 30,000 people attended Elb Jazz 2019, spread between an open-air harbour site, a decommissioned cargo ship and Hamburg’s stunning new Elbphilharmonie Hall. (Think the Albert Hall, reimagined by Gaudi, with perfect acoustics and balanced on top of a disused warehouse…). The programme’s strands reflected those venues, too, with the ship’s Stygian cargo hold hosting club-friendly acts including Belgium’s Glass Museum – tightly constructed dance-informed music, like Michael Nyman with ‘drops’ – and the uproariously funky Butcher Brown.

Across the harbour the three stages’ eclectic mix ranged from Randy Brecker with the NDR Bigband to vintage funk-soul legends Tower of Power via headliner Jamie Cullum. Clearly a festival favourite, pianist Michael Wollny (pictured top and above) stole the opening night show, blasting in with the Nirvana-esque ‘Wasted & Wanted’ before a bluesy reading of Scott Walker’s ‘Big Louise’ unleashed a phenomenal burst of improvised playing. His trio kept the balance between jazz and rock values, not least in Erik Schaefer’s remorseless drumming, and the climactically over-indulgent ‘When The Sleeper Wakes’ was perfectly judged for a roaring outdoor audience.

The British contingent did well, with Kamaal Williams and Jamie garnering big crowds, and it was gratifying to see Kokoroko packing out the enormous Schiffbauhalle to close the festival. Their accomplished Afro-beat brought fine solo playing to a highly danceable sound. In particular, Oscar Jerome’s guitar and Sheila Maurice-Grey’s trumpet caught the ear of the crowd inside the hall and outside, thanks to audio-video relays.

Given Hamburg’s association with Steinway it was unsurprising that pianos loomed large, but surely Messrs Wollny and Cullum would both concede any accolades to Jason Moran (above). Playing solo on the wide empty stage of a sold-out Elbphilharmonie Grand Hall he began with economy, underscoring the spiritual melody of ‘Wind’ with rich harmony. It was a beguiling precursor to the intense ‘Reanimation’, its Bach-echoing counterpoint and phrasing a marvel of technical skill that culminated in an intricate right-hand motif repeated beyond the physically possible. More technique (and even more swing) drove stride classic ‘Carolina Shout’ through its ragtime structure to an exploration that included audacious Fats Waller-style variations. But the most impressive piece began with an extended 10-fingered battering of the lower octave. The lights dimmed and he continued in darkness, the roaring growl of the music throwing up unexpected harmonics and elusive bass phrases, swelling like a dangerously close jet engine. It was an intense and meditative piece that, absurdly, suddenly threw up a filigree of chirpy high-register blues and a rolling bassline that could have come from St Louis. Confounding expectations is another of his many skills.

To his own surprise Kit Downes (above) also pulled off a triumphant performance in the same hall, admitting: “This is the first time I’ve had to worry about an encore for a solo organ concert”. The instrument in question was the phenomenal beast with 4,000-plus pipes woven into the organic architecture of the hall and played by Downes sitting in a mid-stage pool of light. From the bubbling Terry Riley-influenced ‘Obsidian’ to the stately hymn tune of ‘The Last Leviathan’ it felt as though he was exploring the full potential of the instrument as much as the music, wafting from reedy solo clarity to massive orchestral sweeps. It was captivating stuff, ancient and modern, that fully merited the ovation.

If Swiss vocal gymnast Andreas Schaerer (below) felt disappointing it was only because his improvisational duel with Soweto Kinch at Cheltenham Jazz had been so phenomenal. Singing with regular band Novel of Anomoly diminished his chances for spontaneity, restraining his remarkable combination of scat, beatbox and vocalisation. Fast Finnish tango ‘Aritmia’ showed off accordionist Luciano Biondini’s quick-thinking skills, ‘Stagione’ gained a plausible faux-trumpet solo, and the set finished with a virtuoso solo display from the capering Schaerer that clearly disappointed no-one.

For the seasoned jazz festival goer it would hard be to fault Elb Jazz. A satisfying programme blessed by brilliant weather, with shuttle buses and boats efficiently criss-crossing between venues that included one of Europe’s most spectacular concert halls. What’s not to like?

from News http://bit.ly/2KsNlo1
via IFTTT

What’s going on?! No, we’re not singing Marvin Gaye’s classic tune out oud at the Discogs office. We’re just scratching our heads as we realize that every one of April’s Top 30 entries sold for over $1,000. Well, to be more accurate, over $1,347. Ain’t that wild? We already talked to you about the this ongoing trend, and April proves it to be very real.

We’re going to step aside from the obvious “rare soul/funk singles are crazy expensive” narrative and try to focus on whatever feels most surprising this month. It was hard to ignore the record in first place this month: an extremely rare Japanese progressive rock record released in 1971. Only one copy was sold previously for €600 (about $675), so this is the first time we’ve seen this item in our Top 30. We don’t want to spoil the surprise of seeing the price of the second copy ever sold in the Discogs Marketplace, so scroll down to the bottom to find out by yourself.

It took a little research to find out about the release in general, but we can tell you this was the first and last album ever recorded by People (which might also be the least Google-able band name ever, right after Yes). The short-lived band was led by Buddhist poet/songwriter Naoki Tachikawa and released by Teichiku Records. No research needed to tell you that the mysterious and unique atmosphere of the album has reached cult status and, therefore, Discogs Top 30 fame.

A misprint takes the silver medal in this month’s chart. Not a huge surprise though, as we already told you in 2017 that misprints can be very good news. And if you pay close attention to number nine, you’ll probably be as mesmerized as we are right now. An absolutely insane box set with the works by Japanese composer Toru Takemitsu was sold for $1,999. We don’t blame the buyer one bit, since this edition is a thing of beauty.

Since beauty lies in the eye of the beholder, you might find something more gorgeous in the rest of the list. Time to scroll down and discover the hidden gems throughout our latest chart:

from Discogs Blog http://bit.ly/2QS55us
via IFTTT