Love To Love Her, Baby. #ErikaJayne Channels The Style Of An 80’s Screen Siren — Fun times… 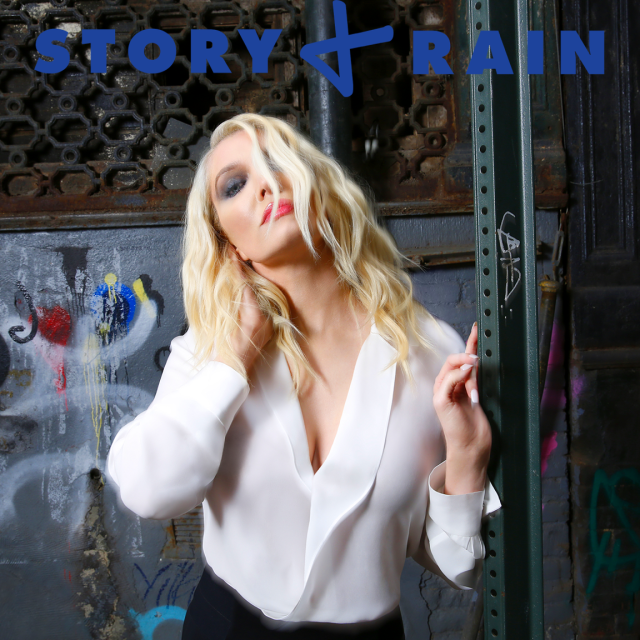 via The Real Mick Rock https://ift.tt/2JNdyMg

Goldmine1 Enter to win a ‘Vintage Shot’ of Prince in 1983

Goldmine and Rock Scene Auctions give you the opportunity to win an 17×22″ photo print of Prince on stage in 1983, photographed (and autographed) by Mark Weiss. ►

The post Enter to win a ‘Vintage Shot’ of Prince in 1983 appeared first on Goldmine Magazine.

from Goldmine Magazine https://ift.tt/2JR8k2a
via IFTTT

Freya Parr Six of the best… First Nights of the Proms

The very first First Night was back in 1895, at London’s Queen’s Hall. It was certainly a generous programme, with conductor Henry Wood limiting himself to pieces by a mere 22 different composers. Liszt, Bizet, Chopin, Wagner and Saint-Saëns are among the names still familiar, Cyrill Kistler, Joseph Gungl and Tito Mattei rather less so.

15 soloists joined The New Queen’s Hall Orchestra; the audience was large and enthusiastic. ‘If the succeeding concerts… are as brilliantly successful as the first of the series,’ wrote The Guardian’s reviewer, ‘No one interested in the venture, either financially or artistically, will have reason to complain.’

Three years after the BBC had taken over the running of the Proms, the organisation introduced its new ensemble to the great festival – for the first time, the First Night was performed by the BBC Symphony Orchestra, taking over from the Henry Wood Symphony Orchestra.

For its debut outing, the BBC SO treated the Queen’s Hall audience to a lengthy programme of favourites by Stanford, Mendelssohn, Richard Strauss, Charpentier, Rossini, Tchaikovsky, Parry, Dvorák, plus the Proms premieres of Raymond Huntington Woodman’s An Open Secret and Henry Clough-Leighter My lover, he comes on a skee. A new era had began.

To celebrate the centenary of the Proms, this First Night truly was one to remember as Sir Andrew Davis conducted Mahler’s massive Symphony of a Thousand. The stage was fit to bursting, with members of a trio of cathedral choirs, the BBC Symphony Orchestra and Chorus, the Philharmonia Chorus and the City of Birmingham Symphony Chorus. As you can imagine, they really raised the roof!

In the summer of 2012, we commissioned Mark-Anthony Turnage to write us a fanfare to celebrate BBC Music Magazine’s 20th anniversary. Canon Fever is riot of multi-layered brass and percussion with ‘Happy Birthday’ cunningly hidden within its textures. And, of course, we were delighted when the BBC Proms decided to kickstart that year’s season with the piece’s world premiere performance, the BBC Symphony Orchestra’s brass section deserving a medal for their virtuosity – and enthusiasm!

What made this Prom particularly poignant was the impromptu rendition of the French national anthem to open the concert. Sakari Oramo led the BBC Symphony Orchestra in the anthem as a tribute to the victims of the Bastille Day attack, that had taken place the day before. The stage was lit in red, white and blue and the audience took to their feet. It was an incredibly moving gesture of solidarity for everyone there, and it is an evening the audience will struggle to forget.

The brand new Hoarders Trading Post in St. Charles, Illinois is the next record store to be reviewed by Record Store Recon’s Dr. Disc on the Goldmine Magazine Podcast. ►

from Goldmine Magazine https://ift.tt/2O6wUkZ
via IFTTT

The brand new Hoarders Trading Post in St. Charles, Illinois is the next record store to be reviewed by Record Store Recon’s Dr. Disc on the Goldmine Magazine Podcast. ►

from Goldmine Magazine https://ift.tt/2O6wUkZ
via IFTTT

For the latest episode of our Crate Diggers New York seller spotlight, we rode the N train to the end of the line in Queens to meet John Kioussis of Rockit Scientist Records. We sat down with John to talk about classic record stores, iconic New York filming locations and why he’s looking forward to Crate Diggers NYC on Saturday, July 27 at the PlayStation Theatre.

Let’s start at the beginning. How did Rockit Scientist Records come about?

I spent five years working at Venus Records on St Marks Place before opening Rockit Scientist in 1996 on Carmine Street. The store moved to St Mark’s Place in 2003 before finally closing in 2012 due to a combination of factors including rising rents. I’ve been selling mail order/online since then.

What are your favorite memories of that time on Carmine Street and St Marks Place?

There was a very special energy in those neighborhoods back then – an artistic, bohemian culture. The store was a place to hang out, to talk about bands and pick up flyers to see bands. I enjoyed the personal interactions, turning people onto new music. I’ll always remember a member of a very well known rock band coming into the store and buying enough CD’s to pay my rent that month.

What does the 2019 version of Rockit Records look like?

I sell online / mail order now with almost 10,000 records listed on Discogs. My office is in Queens, in the same building where a chase scene in Serpico with Al Pacino was filmed. I’ve lived in Queens since my family moved to New York when I was three years old.

What music did you listen to growing up in Queens?

I was heavily into punk and new wave. I remember telling my friends about the Clash in 1977/78 and them not being interested. The Clash played with the Who in 1984 and then suddenly my friends were interested – I was like, I’ve been telling you about this band for years!

Where do you source your records from?

What do you have in store for us at Crate Diggers?

I’m really excited about the event. I’ve got my good friend joining me who worked behind the counter at Bleecker Bob’s Records, a long gone but not forgotten Greenwich Village vinyl mecca where the likes of Patti Smith, Frank Zappa, and members of the Clash would hang out.

What can we expect to find on your table during the fair?

Don’t sleep on Crate Diggers NYC Record Fair, taking place at Playstation Theater on July 27, 2019. You can find tickets to the event here.

from Discogs Blog https://ift.tt/2Y6nypa
via IFTTT

Artistic Quality: ?Sound Quality: ?Peter Hurford’s traversal of Bach’s complete organ works has been out of print for years. As a result, all that I had to go by, for assessing Hurford’s take on that oeuvre—which, outside the cantatas, best shows Bach at his essence—was a well-loved, much-played

from Ionarts https://ift.tt/2XYmVhj
via IFTTT

To celebrate the upcoming anniversary of Jethro Tull’s Stormwatch, Rhino will release the 40th ANNIVERSARY FORCE 10 EDITION. This new 4CD/2DVD set will be available on October 11. ►

from Goldmine Magazine https://ift.tt/30G86BE
via IFTTT

Active Interest Media acquires Goldmine, along with many other F+W titles and properties. ►

from Goldmine Magazine https://ift.tt/2Stjr55
via IFTTT