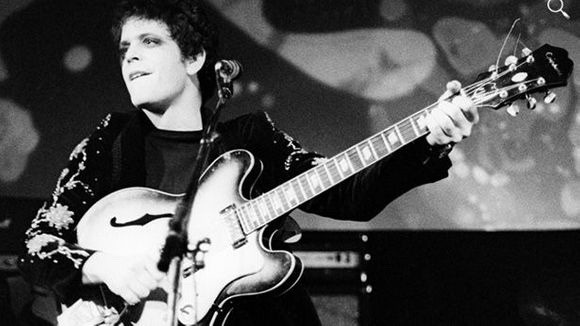 via The Real Mick Rock https://ift.tt/2PX5oao

This is a special event as part of the Free Range events and entry is free!  As before, Garage Coffee serves drinks and bar snacks (and great coffee!).

Our guest is electronic musician Will Dutta, who will be talking to us about the influence of Brian Eno on his own creative work.

Following the album playback Will is going to perform his latest work: bloom Live.

In bloom Live, Will shapes his collaborations with Warp Records’ legends Plaid and Friendly Fires’ front-man Ed Macfarlane by temporary connections with club culture, minimalism and more. His two studio albums, Parergon (Just Music, 2012) and bloom (SWD, 2017), delve into the sonic possibilities of electronic club music and notated minimalism to reveal hyper-colourful textures and a personal musical language. His music has been described by Noisey as ‘one of the most deeply rejuvenating musical experiences we’ve come across’ and as having a ‘sublime musical surface’ (M-Magazine). His equally forward-thinking audio-visual performances address the application of expanded exhibition formats. The performance is presented by Studio Will Dutta as part of The 20/19 Project.

Gina Lapsley and Will Dutta

When Leonard Bernstein read WH Auden’s 1947 poem The Age of Anxiety, he found himself, to use his own words, ‘breathless’ in his excitement. Describing the Pulitzer Prize-winning work as ‘one of the most shattering examples of pure virtuosity in the history of English poetry’, the composer set himself the challenge of writing a symphony inspired by it.

He follows the course of Auden’s poem closely, beginning with a sombre Prologue in which four people – Malin, Quant, Rosetta and Emble– are depicted sitting in a NewYork bar, meditating on life. In the five movements that follow – called The Seven Ages, The Seven Stages, The Dirge, The Masque and The Epilogue – we join the characters as they get tipsy, take a cab back to Rosetta’s flat, party and then head off or fall asleep.

While Bernstein called the work his Second Symphony, the piano part gives it more of a feeling of a concerto. There is more than a hint of Ravel’s Piano Concerto in G, with glimpses of Shostakovich, Stravinsky, Gershwin and even Brahms. Bernstein played the piano part at the premiere, on 8 April 1949, with its dedicatee Serge Koussevitzky conducting.

Originally born in France, THÉA grew up surrounded by music. Between her mom’s Gospel and her dad’s love for jazz, she developed a passion for soul. Entering a music program to address her shyness she discovered the colours and textures of music, and fell in love with music performance and composition. Having now moved to London to extend her horizons, she hits the Big Smoke with a lush and layered sound that acts a perfect soundtrack as our skies start to turn grey. Check out “Move On” below to see what we mean:

The post Artist Of The Week: THÉA appeared first on Richer Unsigned.

from Richer Unsigned https://ift.tt/2HTch66
via IFTTT