Both shows were filmed and they comprise the contents of 40 Live – Curætion-25 + Anniversary, a box set arriving Oct. 18 that will, sadly, only be available in various combinations of DVDs, CDs, and downloads. Vinyl editions are often late to the party, so fetishists can only be patient and hope.

Anniversary: 1978-2018 was filmed at a massive concert in London’s Hyde Park before 65,000 Cure fans who somehow survived their late teens and early 20s — thanks in no small part to Cure leader Robert Smith, who has served as their virtual camp counselor. 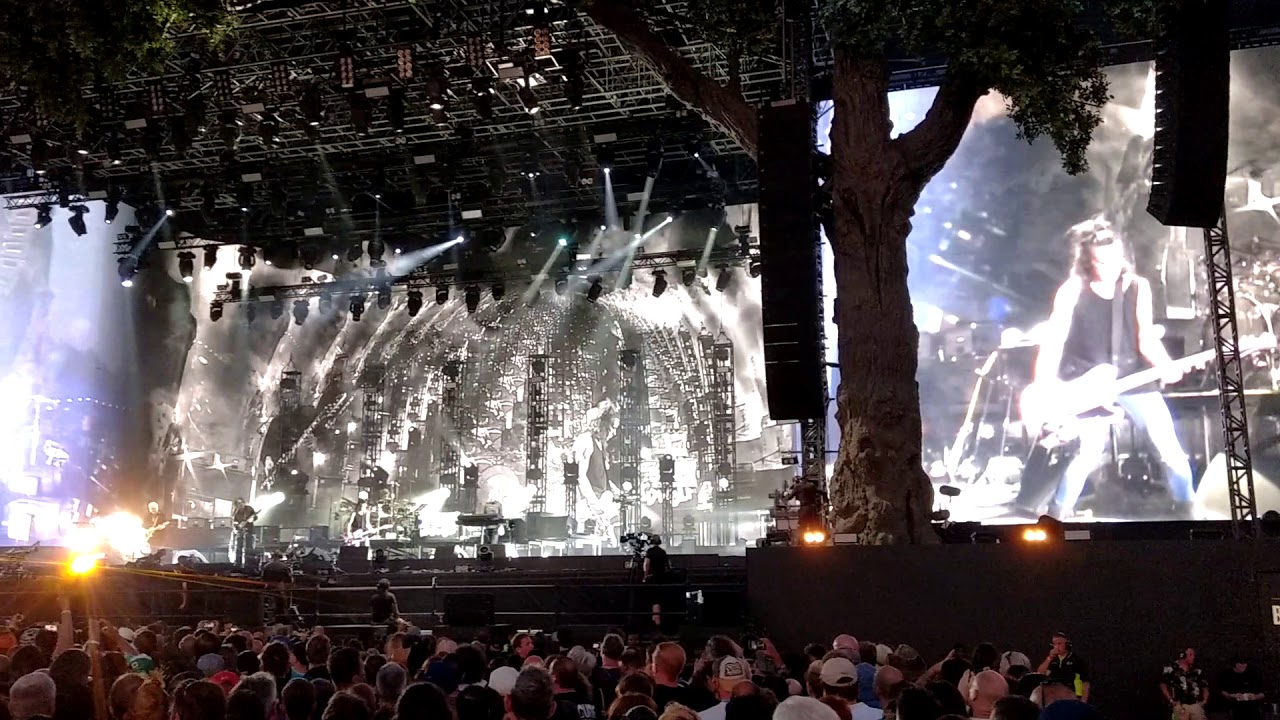 The second film, Curætion-25: From There to Here/From Here to There. is a clever conceit that finds the band performing songs from each of its 13 studio albums, plus two unreleased songs, at the Meltdown Festival. The first set starts with 1978’s Three Imaginary Boys and moves forward while the second begins at 2008’s 4:13 Dream and moves backward, creating an arc that shows just how durable the band’s aesthetic has proven.

Each film offers multiple highlights and abundant evidence that this version of the band, anchored by longtime bassist Simon Gallup, is capable of great subtlety and enormous power.

From There to Here/From Here to There

From There to Here begins with Three Imaginary Boys, a song that reads like any number of sorrowful tracks penned by bummed-out singer-songwriters. But when you add the band’s artful swirls of dark, hard pop and Smith’s singular vocals, which are simultaneously broken and commanding, you have a blueprint for goth rock.

Smith has described himself as an accidental member of the goth rock scene — in 1978, he was no more than a depressive with an ear for crushing music — but it’s easy to see why the goth scene grew around him.

Tall, angular, black mascara slathered around both eyes, red lipstick applied with disregard for the actual location of his lips, a bush of jet-black hair atop an outfit of jet-black clothes — Smith was the personification of how goth wanted to sound. But The Cure’s music was more complex, and its blend of teenage gloomscapes and exhilarating pop turned the band into a hit machine.

You won’t hear a ton of those hits on From There to Here/From Here to There, which Smith purposely skewed toward the morose. Instead, the band delivers taut, expert versions of deep album cuts and fan favorites such as From the Edge of the Deep Green Sea, If Only Tonight We Could Sleep, Sinking, 39 and Like Cockatoos.

Director Nick Wickham and editor Reg Wrench set a brisk, but not kinetic, pace. Most of the camera’s attention is focused on Smith, who is still pulling off the mascara, lipstick and black clothes like a boss. His odd charisma is intact and his supple tenor voice remains the sad, lonesome sound of a phone call never returned. It’s a strong performance.

The ageless Gallup dominates the stage in both films, prowling around with a bouncy punk-rock lope while rolling out deep, memorable bass lines. He’s joined by Cure veterans Jason Cooper and Roger O’Donnell along with semi-recent addition Reeves Gabrels.

They pull out all the stops at Hyde Park which is more like a typical Cure set. Director Tim Pope and editor Tim Woolcott chose a more panoramic approach to capture the enormity of the stage and crowd but the sharp pacing is similar to that used in the other film. The two-channel sound, mixed with Smith’s input, is very good but I had access only to streams of the films so I can’t comment on the 5.1 mix. 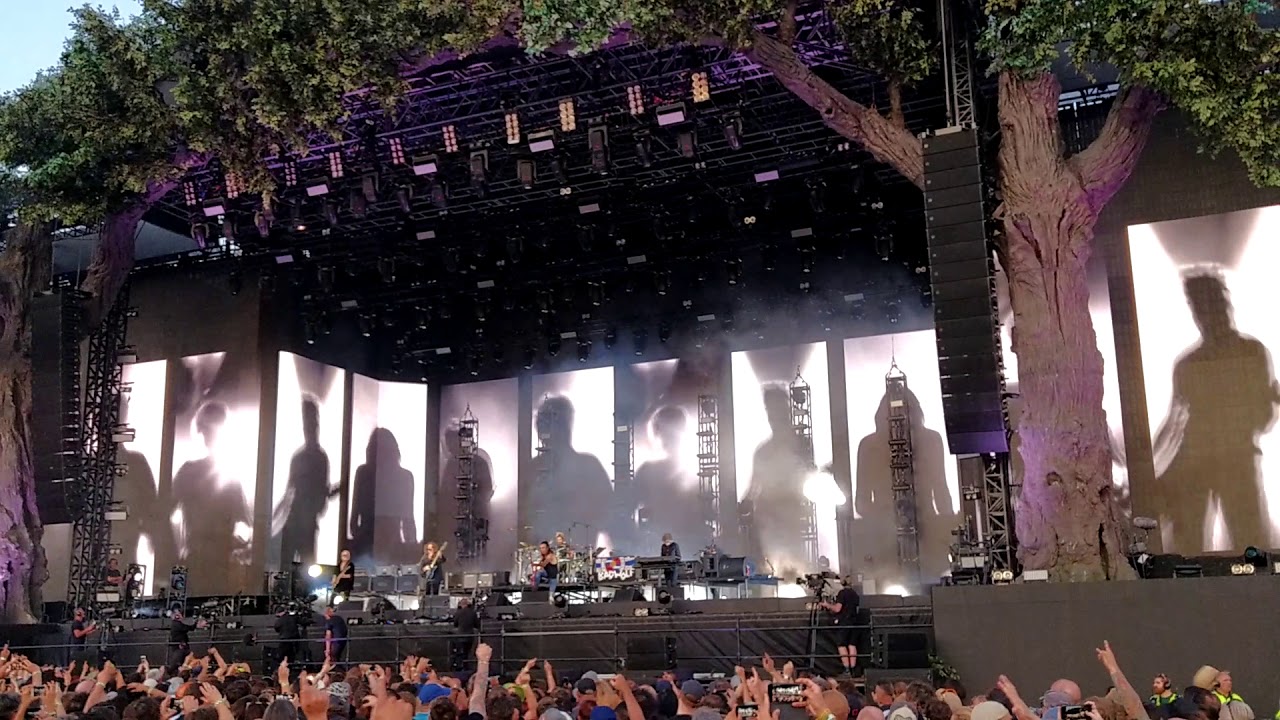 In addition to some choice album cuts, some of which also appear in the first film, the band delivers massive hits such as Lovesong, Just Like Heaven, Lullaby, Friday I’m In Love, The Caterpillar, In Between Days and Why Can’t I Be Like You.

The show was held shortly after the Meltdown Festival and the band remains on fire. The set starts in the late afternoon with a string of songs that pass for light entertainment in Smith’s world, including gorgeous versions of Pictures of You and Lovesong. But as the sun goes down the set grows more aggressive, perhaps peaking with an incendiary Shake Dog Shake and the black grandeur of Disintegration.

Between the two films, Cure fans are treated to 50 songs that capture the desolation and ecstasy of a band that has made its own way in the world to a degree that many others haven’t. The Cure isn’t a goth band. It’s just The Cure.

This article produced in partnership with Eagle Rock Entertainment.

from Discogs Blog https://ift.tt/2MSahwz
via IFTTT