from Alex Ross: The Rest Is Noise https://ift.tt/30p6qzN
via IFTTT

Eduardo Rivadavia What’s in a Label: A Look at Atlantic Records

Atlantic Records rose to prominence as perhaps the ultimate independent record label prototype, but it was also among the few indies to survive the leap to a major label, becoming one of history’s most successful ones at that.

Atlantic Records was founded in October 1947 with a $10,000 loan from the family dentist by Ahmet Ertegun, a Turkish-born diplomat’s son, alongside Herb Abramson (himself a dentistry student, albeit one with prior, part-time experience at the National and Jubilee labels) and his wife, Miriam.

The trio would remain the company’s only employees for the next two years as Ertegun and Abramson scouted untapped talent from New York City’s nightclubs to flesh out Atlantic’s fledgling roster, focusing on their twin passions —  jazz and R&B — while dabbling in country, children’s music, and even spoken word recordings to keep the lights on.

Brother Ray’s groundbreaking fusion of rhythm & blues with gospel brought soul music to the masses, and his subsequent explorations of everything from big-band jazz to country throughout the 1950s would earn him fame as the “genius,” even as Atlantic’s team behind the scenes grew to include several future music industry legends.

First came producer and engineer Tom Dowd, a veteran of the Manhattan Project who pioneered numerous recording techniques and the first multitrack studio technology, going on to capture an incalculable number of classic albums and singles by John Coltrane, Thelonious Monk, The Coasters, Eric Clapton, and the Allman Brothers Band, among others.

Then came Jerry Wexler, a former Billboard reporter credited with coining the term “rhythm & blues” to replace the extremely insensitive “race records” designation. Wexler’s ear for identifying and developing new talent would, over the next two decades, be as crucial as Ertegun’s to Atlantic’s success via his work with Aretha Franklin, Wilson Pickett, Cream, Led Zeppelin, and other icons.

Stax’s incredible stable of artists, including Booker T. & the M.G.’s, Rufus and Carla Thomas, Albert King, Sam & Dave, Isaac Hayes, and Otis Redding, would bolster Atlantic’s sales throughout the 1960s. Along with in-house signings like Pickett, Solomon Burke, and, of course, the Queen of Soul, Aretha Franklin, this set the stage for the company’s sale to Warner Bros.-Seven Arts in 1967.

But Atlantic would retain control over its own roster after the sale, and the team kept up hitting its streak with artists like Cream (later assigned to the Atco imprint), Dusty Springfield, Crosby, Stills & Nash, Boz Scaggs, Roberta Flack, and Led Zeppelin, pointing the way forward to an even greater genre diversity in the ’70s, gradually inching in on Wexler.

In the ‘80s, Atlantic continued to prosper under  Ertegun and new president Doug Morris (until 1995), scoring multi-platinum sellers with Phil Collins, Debbie Gibson, INXS, Twisted Sister, and Skid Row, followed in the ‘90s by the likes of Rush, Stone Temple Pilots, Tori Amos, and Hootie & the Blowfish and later by Coldplay, Kid Rock, Matchbox 20, Jill Scott, Bruno Mars, Ed Sheeran, Gnarls Barkley, James Blunt, The Darkness, and many more — always under some version of the WEA/Time-Warner corporate umbrella.

Though Atlantic’s modern business bears little resemblance to its indie label golden eras of the ‘50s and ‘60s, its legacy is secure, even surviving chairman emeritus Ahmet Ertegun’s passing in 2006 (reuniting the surviving members of Led Zeppelin to pay tribute) after nearly 50 years with the company.

Like most major record companies, Atlantic has used a vast assortment of logos, label colors, and designs during its decades-long history, beginning with a stylized capital “A” underlining the remaining letters with its crossbar, framed in black against red, yellow, and other background tones.

An alternate, less aggressive logo and label adorned Atlantic’s first long-playing records of the 1950s in black, gray, green, gold, and yellow tones, but the first significant design change came at the end of the decade with the addition of a trademarked “Fan Logo” surrounded by a white circle and borders matching pink and orange, green, and blue.

In the ‘60s, Atlantic’s labels adopted perhaps their most celebrated look: two shades separated by a thick, horizontal white line containing the capital “A” plus fan logo, of which the most iconic combination was probably the “green and red” (or orange, depending on one’s level of color-blindness) made famous by multi-platinum ‘70s releases from Zeppelin, Yes, Chic, Bette Midler, Alice Cooper, Foreigner, and AC/DC.

The ‘80s brought a combination of both retro designs and custom labels for jazz and “Atlantic Group” releases (see also the short-lived, late ‘70s disco label), after which the CD era came and all bets were off, yet the signature imagery made legendary by Atlantic remains imminently recognizable to any self-respecting collector.

The post What’s in a Label: A Look at Atlantic Records appeared first on Discogs Blog.

from Discogs Blog https://ift.tt/2A9hjuH
via IFTTT

Running through the Top 30 list of the most expensive sold on Discogs this month, everything looks in order. We’ve got regulars like The Beatles, Burzum, Pink Floyd — wait a second. Where is the iconic prism cover from The Dark Side Of The Moon? What we are seeing at No. 25 instead is a simple, monochromatic cover.

This version of Pink Floyd’s most well-known album is from the Mobile Fidelity Sound Lab label (also known as MSFL or MoFi) and was released as part of its Ultra High-Quality Record (UHQR) vinyl series. The series boasts eight classic titles released between 1981 and 1983, including Cat Stevens’ Tea For The Tillerman, Supertramp’s Crime Of The Century, The Beatles’ Sgt. Pepper’s Lonely Hearts Club Band, and more. MSFL claims to be one of “few record labels that independently invests in research and development of audio technology.”

The verdict on how discernible the sound quality is depends on who you ask, but the series has some feverish fans. If audiophile quality is something you value and you’re looking for advice on how to find the best pressings, we can never stress the expertise of the Discogs community. If you’re want to learn more, check out the inserts in the images of the release page for details on how the label achieved its UHQR technical properties and definitely consult the forums.

The post The Top 30 Most Expensive Items Sold in the Discogs Marketplace for April 2020 appeared first on Discogs Blog.

from Discogs Blog https://ift.tt/30bNJPR
via IFTTT 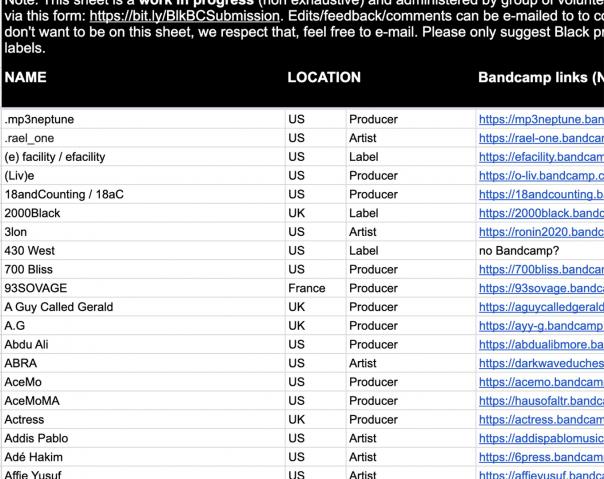 via The Wire: Home https://ift.tt/2AGY0Ja 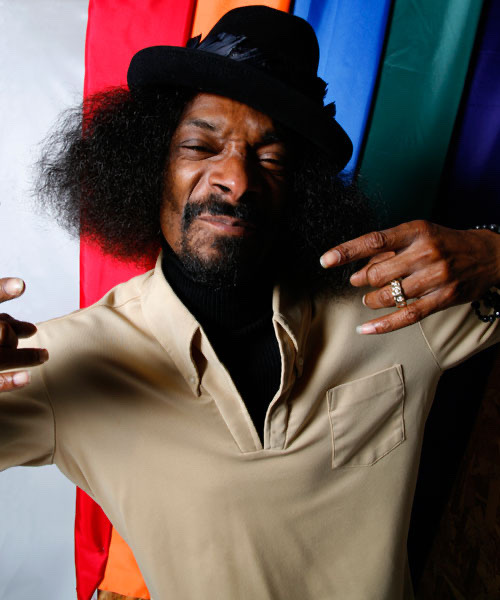 via The Real Mick Rock https://ift.tt/2Uf2JbL

The Royal Philharmonic Society has announced that its annual awards will take place in November of this year with a digital awards presentation. It is hoped that a live ceremony will take place when social distancing rules permit.

As well as the usual categories, the RPS has added several new Inspiration Awards, for artists and organisations that have flourished during lockdown and created innovative ways to continue their music-making.

These awards will be voted for by the public – a first for the RPS.

To cast your votes in this year’s RPS Awards, click here. Nominations will stay open until Wednesday 26 August.

Just two years before he died, Beethoven returned to an old treasured form, the string quartet. The five quartets he ended up writing would come to be his final major works, and would change the paradigm beyond recognition. Though dismissed by audiences in their day, their composition is now considered a pivotal moment not only in Beethoven’s life, but in the history of classical music. Donald is joined by musicologist Laura Tunbridge, and violinist Edward Dusinberre of the Takács Quartet, to discuss these extraordinary, watershed works that have bewildered and beguiled listeners ever since their creation. Throughout the week, they focus on each of the five late quartets, uncovering the stories, circumstances and conversations that surround them.

For full tracklistings, including artist and recording details, and to listen to the pieces featured in full (for 30 days after broadcast) head to the series page for Beethoven Unleashed: Return to Form https://ift.tt/2Y3eyTE

from Composer of the Week https://ift.tt/2MwAKA3
via IFTTT 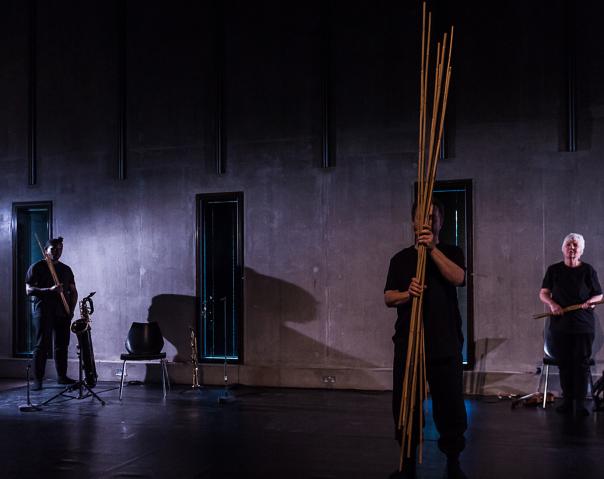 via The Wire: Home https://ift.tt/3eVzFxM

The BBC has announced the extension of its Culture in Quarantine programming.

A new documentary celebrating cellist Sheku Kanneh-Mason and his family will be included as part of Alan Yentob’s imagine… series on BBC One. It will be the first ‘remote access’ film in the series, with a camera and lighting rig installed remotely in the Kanneh-Masons’ home and video messaging used to record interviews. The programme will explore the family’s music-making during lockdown.

A new documentary about the late conductor Bernard Haitink will be broadcast on BBC Four, created by renowned documentary maker John Bridcut.

Another musical legend will be captured in a documentary this summer, with British composer Benjamin Britten the subject of a new documentary created in collaboration with the Aldeburgh Festival. The programme includes contributions from David Attenborough and Humphrey Burton, among others.

In June, the Royal Opera House will launch ‘Live from Covent Garden’, a series of three concerts, the first of which will be broadcast in full on BBC Radio 3. Highlights from all three concerts will be shown on BBC TV.

The first concert will take place at 7.30pm on 13 June and will feature works by Britten, Handel, Butterworth and Mark-Anthony Turnage, with guest artists including soprano Louise Alder and tenors Toby Spence and Gerald Finley.

A series of operas will be made available on BBC iPlayer from opera houses which have had to cancel their summer seasons due to lockdown and social distancing restrictions. Performances will include Glyndebourne’s The Barber of Seville, Garsington’s TheTurn of the Screw and The Marriage of Figaro and Opera North’s La traviata.

In light of the fact that this year’s Edinburgh International Festival cancellation, BBC Radio 3 will broadcast a summer of archive concerts from Edinburgh’s Queen’s Hall.

Beethoven continues to play a central role in the BBC’s 2020 programming, with a four-part series on BBC Four and an audio-drama featuring Peter Capaldi playing Beethoven himself. As will be the case for the rest of the great composer’s 250th anniversary year, every second week of Composer of the Week will be dedicated to Beethoven.