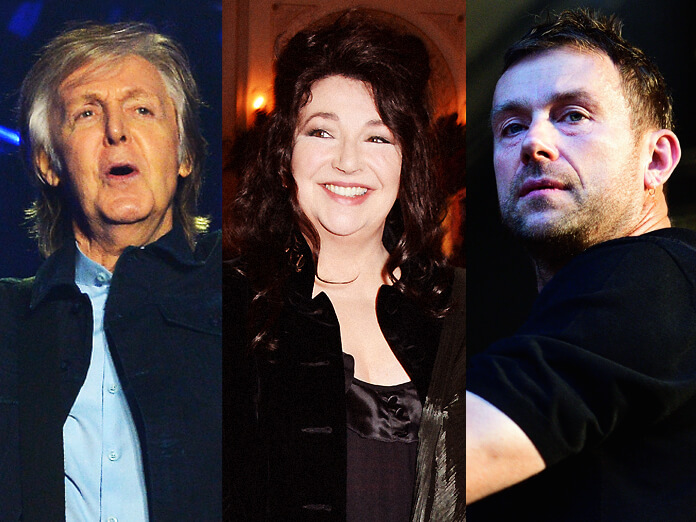 The economics of streaming have long been a bone of contention within the music industry, with many artists pointing out that they only receive a tiny fraction of a pence per stream, while major record companies have been able to cling on to a much greater revenue share based on laws and contracts drawn up in the pre-streaming era.

“For too long, streaming platforms, record labels and other internet giants have exploited performers and creators without rewarding them fairly,” reads the letter. “We must put the value of music back where it belongs – in the hands of music makers.”

The letter’s main proposal is a change to the 1988 Copyright, Designs and Patents Act, which will bring songwriting royalties for streaming in line with those from radio.

The Department for Digital, Culture, Media and Sport (DCMS) Commons Select Committee is currently carrying out an inquiry into the economics of music streaming, during which artists, label bosses and tech companies have given testimony to MPs. The results of the inquiry are expected in the summer.

Read the full text of the open letter and list of signatories below. You can sign the petition yourself here.

We write to you on behalf of today’s generation of artists, musicians and songwriters here in the UK.

For too long, streaming platforms, record labels and other internet giants have exploited performers and creators without rewarding them fairly. We must put the value of music back where it belongs – in the hands of music makers.

Streaming is quickly replacing radio as our main means of music communication. However, the law has not kept up with the pace of technological change and, as a result, performers and songwriters do not enjoy the same protections as they do in radio.

To remedy this, only two words need to change in the 1988 Copyright, Designs and Patents Act. This will modernise the law so that today’s performers receive a share of revenues, just like they enjoy in radio. It won’t cost the taxpayer a penny but will put more money in the pockets of UK taxpayers and raise revenues for public services like the NHS.

There is evidence of multinational corporations wielding extraordinary power and songwriters struggling as a result. An immediate government referral to the Competition and Markets Authority is the first step to address this. Songwriters earn 50% of radio revenues, but only 15% in streaming. We believe that in a truly free market the song will achieve greater value.

Ultimately though, we need a regulator to ensure the lawful and fair treatment of music makers. The UK has a proud history of protecting its producers, entrepreneurs and inventors. We believe British creators deserve the same protections as other industries whose work is devalued when exploited as a loss-leader.

By addressing these problems, we will make the UK the best place in the world to be a musician or a songwriter, allow recording studios and the UK session scene to thrive once again, strengthen our world leading cultural sector, allow the market for recorded music to flourish for listeners and creators, and unearth a new generation of talent.

We urge you to take these forward and ensure the music industry is part of your levelling-up agenda as we kickstart the post-Covid economic recovery.”

from UNCUT https://ift.tt/3duF6Gd
via IFTTT