Alex Ross Give me oblivion

from Alex Ross: The Rest Is Noise https://ift.tt/3c9cjpQ
via IFTTT

“You want more than just a pretty picture. You want something as strong as the music. A great photo… 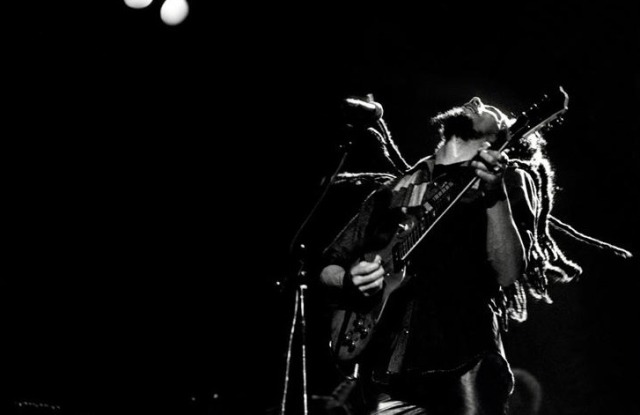 via The Real Mick Rock https://ift.tt/3i9pavG 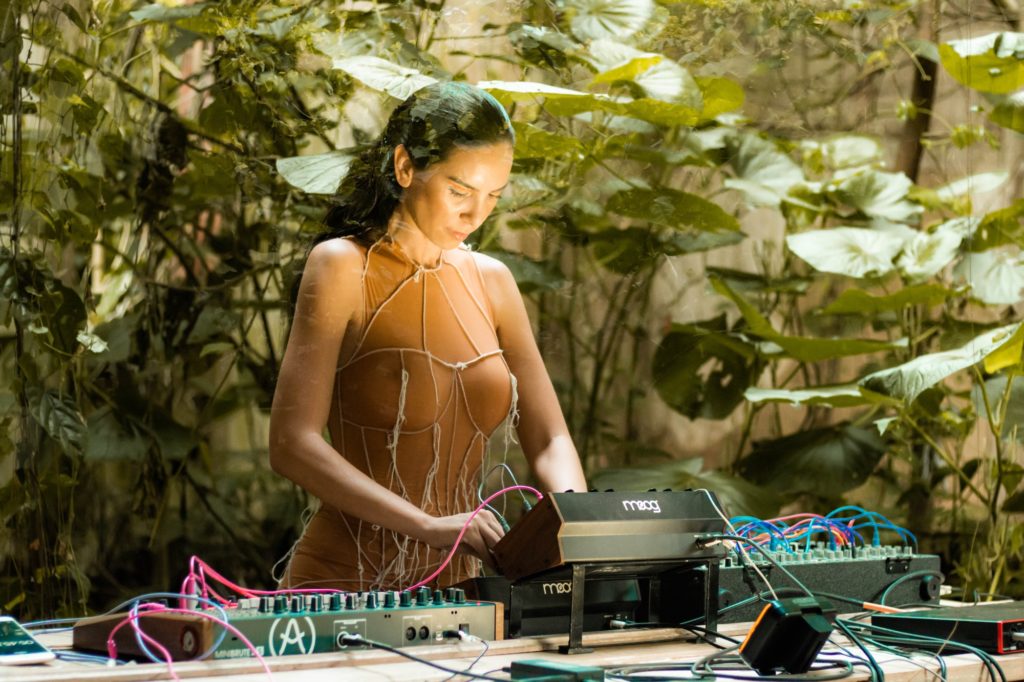 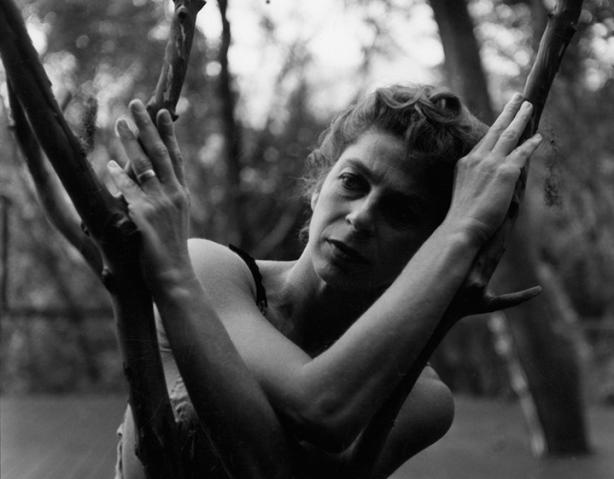 via The Wire: Home https://ift.tt/2RfJGju

Classic Album Sundays presents The Guardian’s John Harris giving us his personal story behind Radiohead’s OK Computer at Camp Bestival. OK Computer seamlessly infuses electronic instrumentation into the initial Britrock sound without overwhelming it and the result is a spacey soundscape. OK Computer was the first Radiohead album that truly shocked their fans. 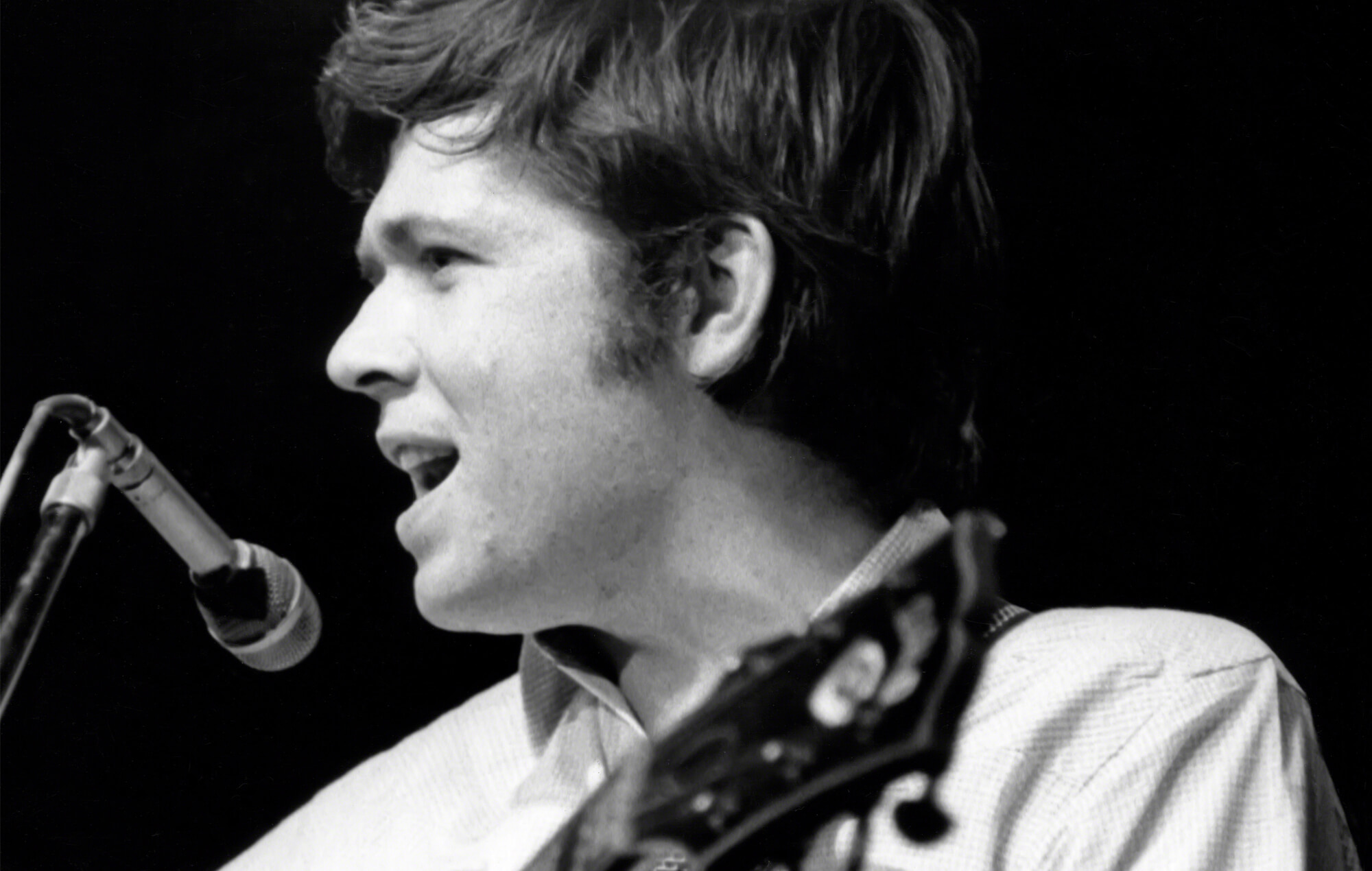 Patrick Sky, known for being a pioneering member of the Greenwich Village folk scene in the ’60s, has died aged 80.

The singer-songwriter passed away on May 27 in a hospice in Asheville, North Carolina. As Rolling Stone reports, his wife – fellow musician and novelist Cathy Larson Sky – confirmed Sky had succumbed to prostate and bone cancer. He had previously been diagnosed with Parkinson’s disease in 2017.

Patrick Sky was best known for his highly provocative satirical record “Songs That Made America Famous“, which was recorded in 1971 but wasn’t released until some years later, following difficulties trying to get a record label to sign off on the profanities.

Fellow musician and friend, Eric Andersen, paid tribute to Sky on Thursday (May 27) in a post praising his “brilliant mind and insightful soul”.

“Well, today’s a big, big sad day for me personally and for all of us songwriter music lovers. The dark? Well, he finally got there…” he wrote in a statement on Facebook.

“Patrick Sky the songwriter, singer, and Irish Uilleann bagpipe luthier has left this world into the light from a hospice in Ashville, North Carolina, but didn’t leave us for good. Songs are spirits and always remain behind.”

Andersen went on to acknowledge Sky‘s friendship with Buffy St. Marie and Peter LaFarge, founded on their shared experiences as Indigenous Native Americans, and confirming a long-held rumour: “Heard the rumor just confirmed by your son Liam. Joni Mitchell’s song “Last Time I Saw Richard” on her album Blue was of course about you.”

Born in Georgia, Sky grew up in Louisiana and served in the US military before becoming part of Florida’s burgeoning folk scene. It was there he met St. Marie and proceeded to move to New York, where he recorded her debut album.

Later in his career, Sky turned more towards traditional folk music, reflective of his Irish roots. In the ’70s, the part Creek Indian, part Irish singer-songwriter visited Ireland and set out to learn – and build – the Uilleann pipes. Sky went on to start the Celtic folk label Green Linnet, and serve as a Rhode Island state planner on Native American affairs.

from UNCUT https://ift.tt/3p7RnEM
via IFTTT

This week’s episode features Le Freak Records in Dundee. “Record Store Day… it’s kind of like Halloween to a fancy dress shop, in terms of its the one week or month where you actually kins of feel like you’re making money!“ Jack LeFeuvre

Behind The Counter is a 12 part video series that tells the stories behind the wonderful world of independent record shops.

A new episode will drop every Tuesday in the run up to #RSD21​​ which will share the unique stories from around the UK. Get to know your local shops! 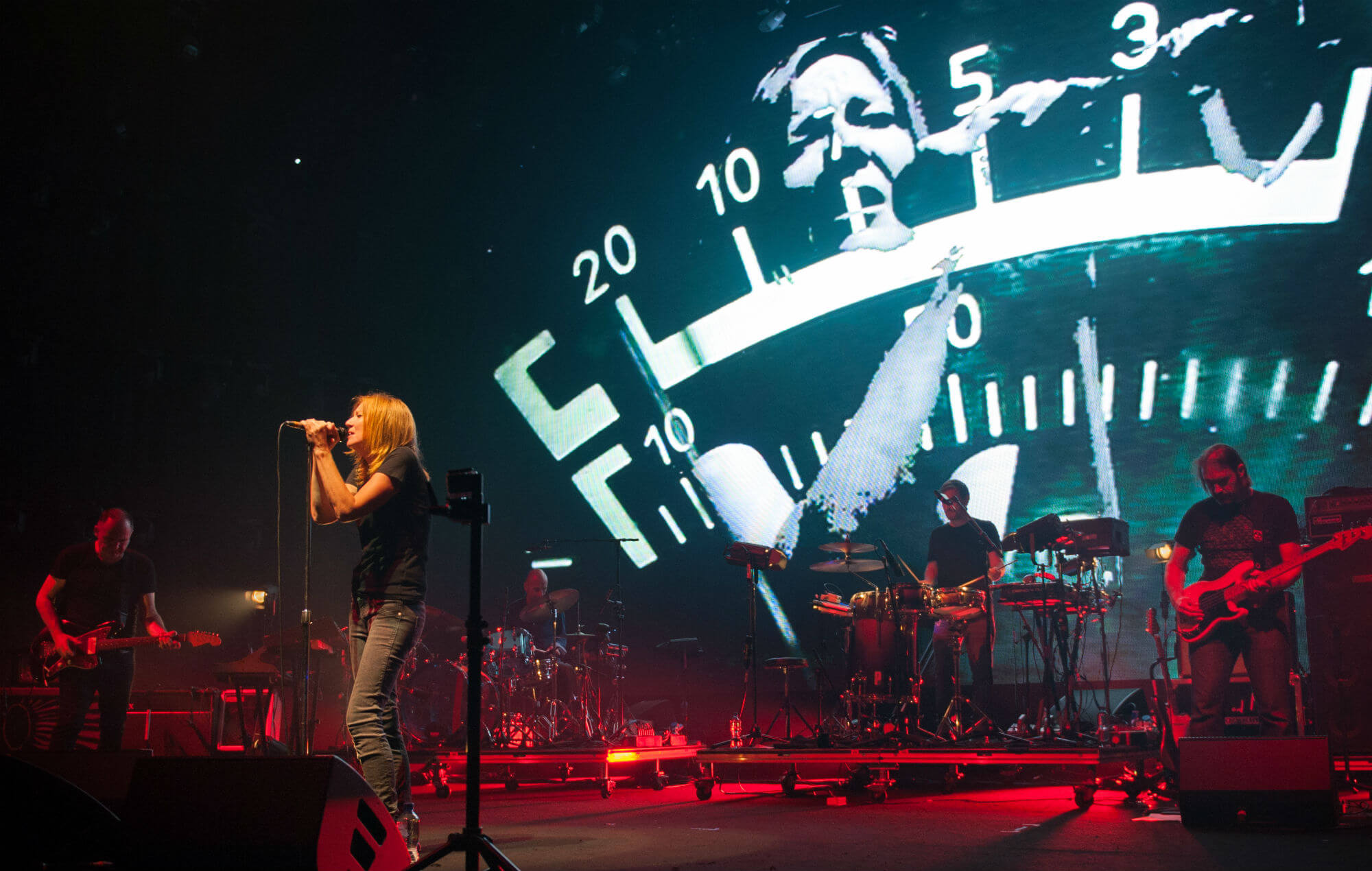 Portishead are one of a number of artists who are being commemorated in a new music project which celebrates Bath and Bristol.

The history of both Bath and Bristol’s music scene is being highlighted via the Everything is Music website, which went live last week (May 28).

The website features historical information on over 250 venues in the regions, alongside interviews with artists and producers. Users will also be able to access the information from a phone app in what developers are deeming “a location-based digital museum project taking you on a musical journey through Bristol and Bath”.

A description on the site’s Instagram page added: “From 28 May, discover personal stories and archive material from the people and places who form the musical fabric of these cities.”

Portishead feature in the app and can be heard sharing their memories of recording their first album Dummy in Bristol. Other artists who feature in the project include IDLES and Tears For Fears.

As reported on the BBC, the website has been created by Landmrk who have worked on the project with Crack magazine.

Ben Price told the BBC: “So many people have done amazing research into Bristol’s musical history but it is always something temporary in a museum or an exhibition, we wanted to make something more permanent.

“People can walk around the cities and unlock amazing stories, it takes the idea of a museum out of four walls.

“I’m most proud of the way we have democratised the technology, making it really useable and friendly.”

A post on Crack added that the interactive map on the site also features “an immersive audio walking tour from DJ Pinch guiding users through key points in the story of dubstep”.

It also includes: “A celebration of the women who have reshaped and defined the electronic music landscape of Bristol, a walkthrough the various iconic soundsystems of St. Pauls Carnival and a spoken word performance from Solomon O.B. who last year performed at the historic toppling of the Colston statue.”

The post Portishead and more celebrated in new virtual music tour of Bath and Bristol appeared first on UNCUT.

from UNCUT https://ift.tt/2R9G5mR
via IFTTT 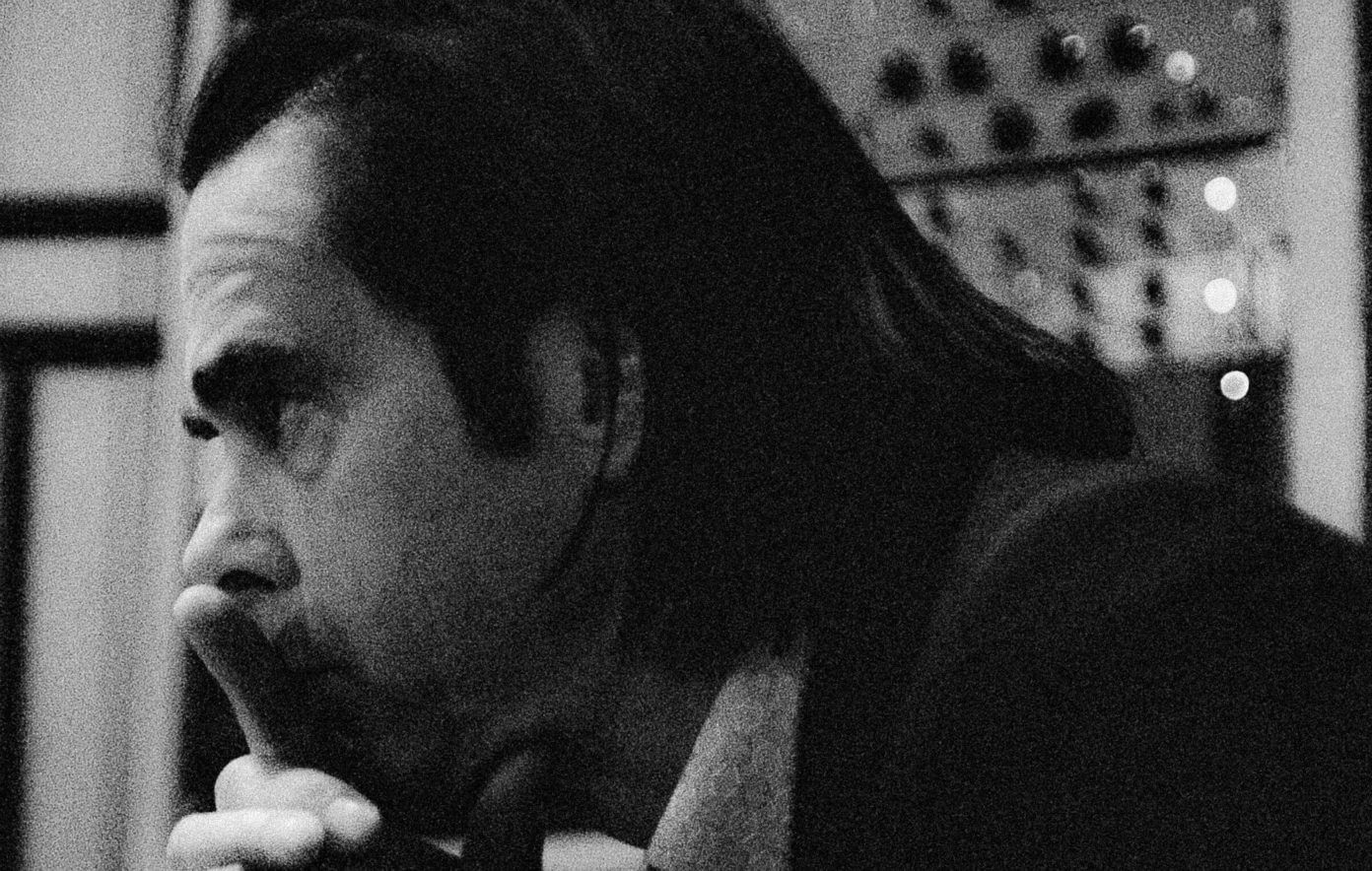 Nick Cave has shared his new single “Letter To Cynthia” in full online – listen to it below.

“Letter To Cynthia” appears alongside another song, “Song For Cynthia”, and both tracks were inspired by a question that a fan named Cynthia had sent to The Red Hand Files, a site where Cave responds to letters from his audience.

“I have experienced the death of my father, my sister, and my first love in the past few years and feel that I have some communication with them, mostly through dreams,” she wrote in October 2018. “They are helping me.”

Referring to the death of Cave’s teenage son in 2015, she continued: “Are you and Susie feeling that your son Arthur is with you and communicating in some way?”

In a description under the new single, Cave wrote: “In Fall 2018 Cynthia sent this question to The Red Hand Files.

“My reply was the first time I was able to articulate my own contradictory feelings of grief. Letters like Cynthia’s have helped bring me and many others back to the world. I recorded ‘Letter To Cynthia’ and ‘Song For Cynthia’ with Warren in November 2020 at Soundtree Studios in London. They are beautiful pieces and I hope you like them.”

Elsewhere, Cave and Ellis are set to take part in a special live audio Q&A on their recent album Carnage to mark the record’s physical release.

The pair surprise-released the joint LP digitally back in February and will now bring it out on vinyl and CD globally on June 18. Fans will get the chance to submit questions for a live Q&A about the album, which will be held on YouTube on the same day from 7pm BST.

The duo will then head out on a European tour with The Bad Seeds across the summer of 2022 – new dates were announced last week.

from UNCUT https://ift.tt/3fyR0Qp
via IFTTT