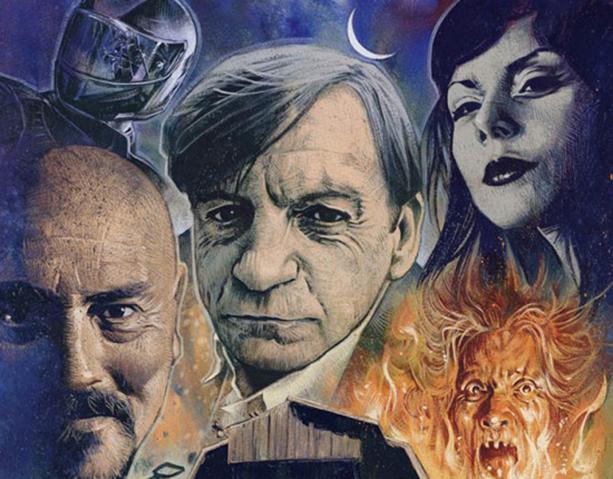 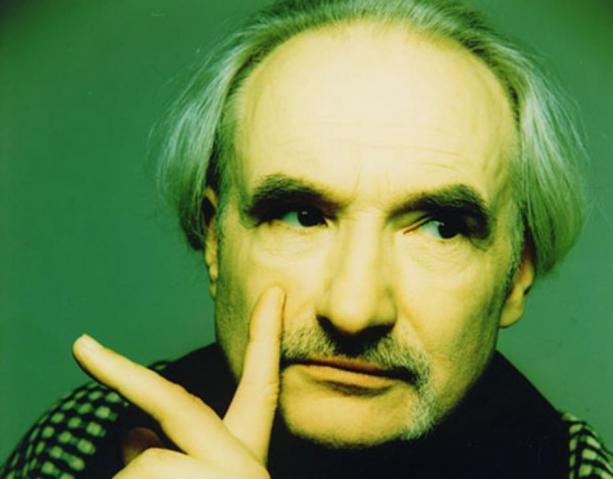 via The Wire: Home https://ift.tt/3qInrQl

A concert now shrouded in mythology, though in fact it was only about 40 minutes long, but it was a… 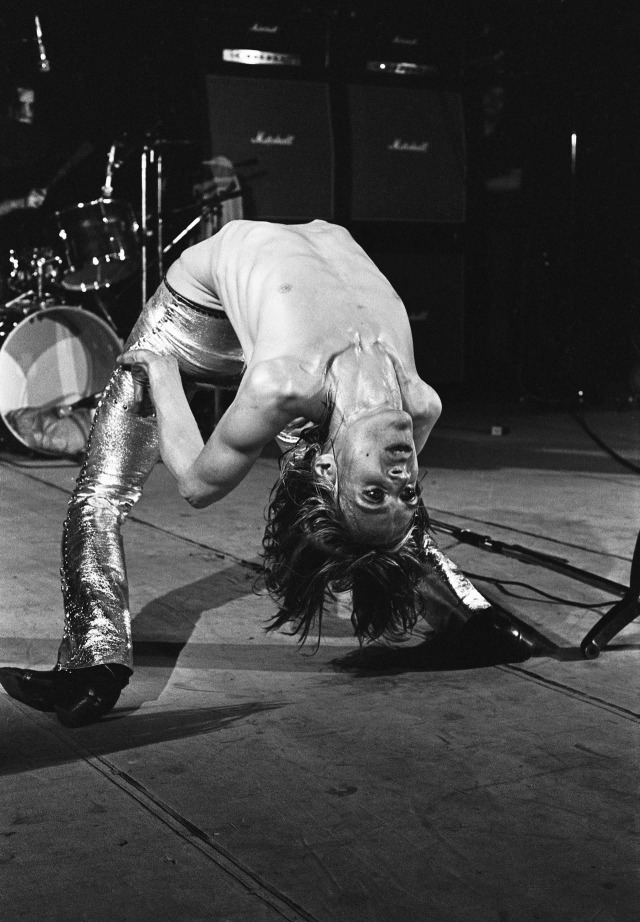 via The Real Mick Rock https://ift.tt/3hqKTNX

For full track listings, including artist and recording details, and to listen to the pieces featured in full (for 30 days after broadcast) head to the series page for Benjamin Britten (1913-1976) https://ift.tt/3AmsASz

from Composer of the Week https://ift.tt/366q3hB
via IFTTT 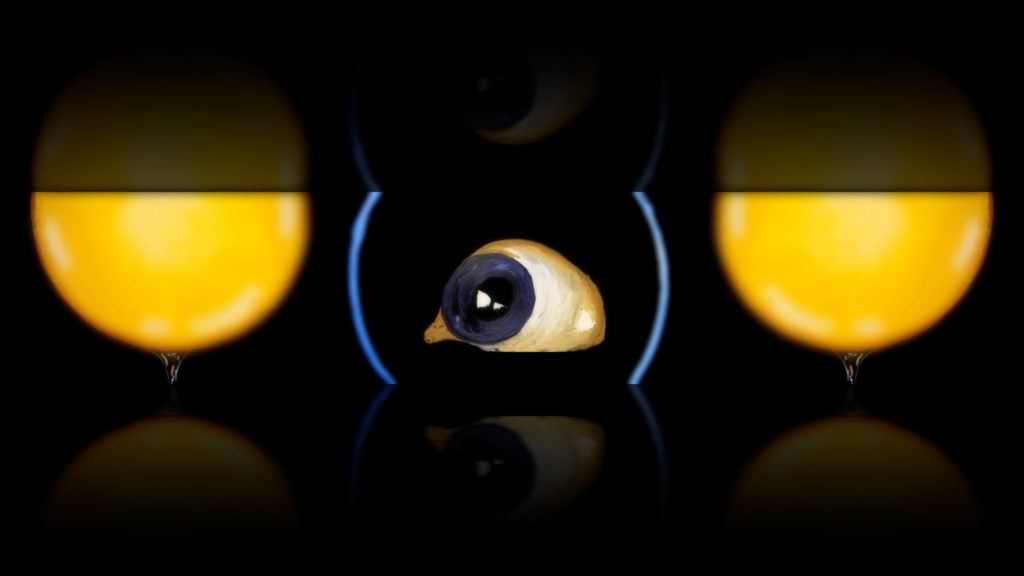 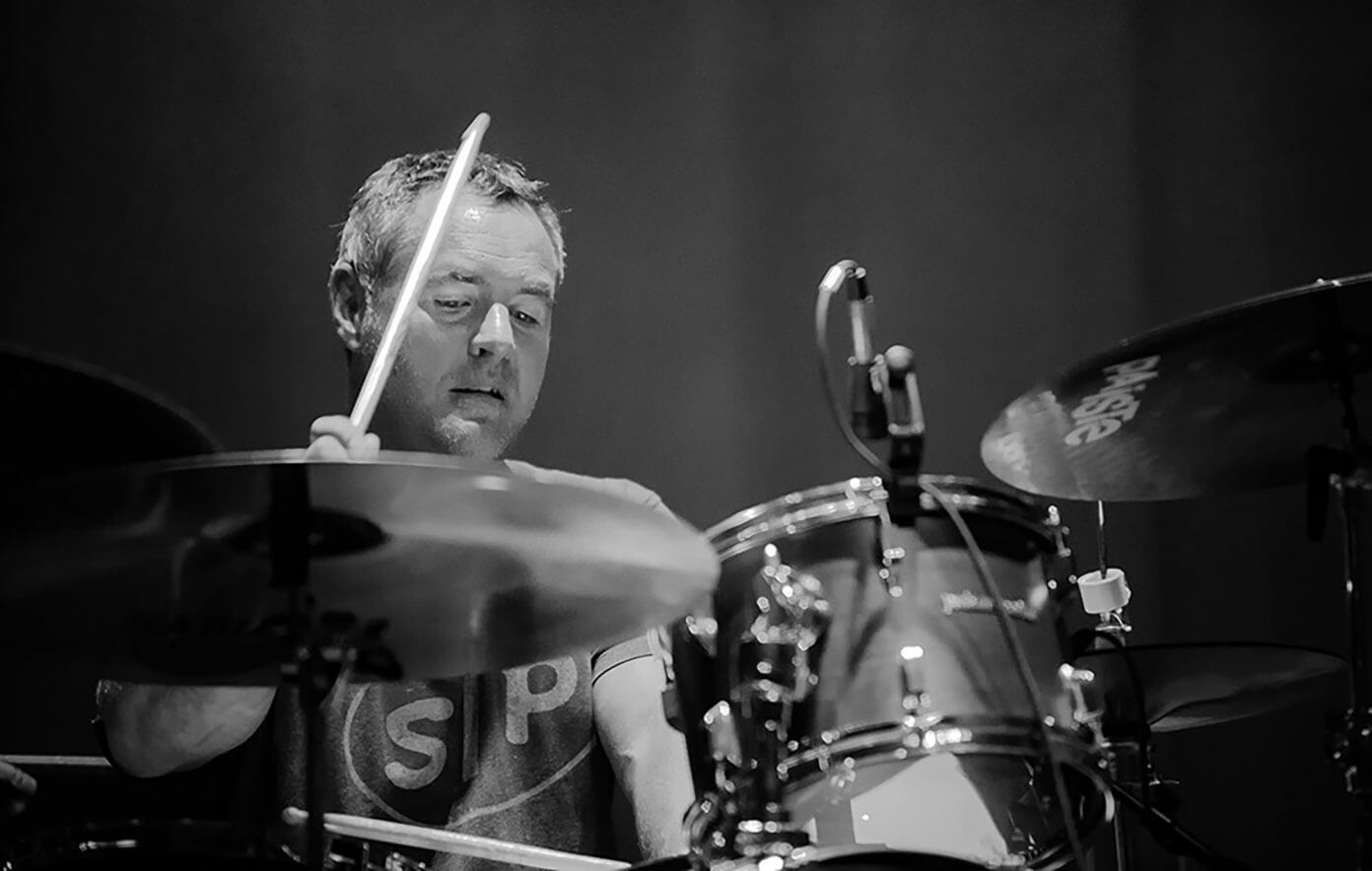 “Bryan was a dear friend, a loving father, brother, and was an incredible person and musician. We all feel extremely lucky to have shared time and space with him. Peace and love to all who knew Bryan, and those he touched. We will miss him dearly.”

St. Pere was interested in the drums from a young age, playing in rock bands from as early as the seventh grade. During an interview with The Trap Set podcast, he said he was deeply inspired by Rush’s Neil Peart, to the extent he would purchase Pert Plus shampoo.

“It’s like the only band I listened to for two years, maybe three years. Like, eighth grade, sophomore year of high school, it was all Rush,” he told podcast host Joe Wong.

When asked he ever saw them live, St. Pere replied “yeah, like six times”.

St. Pere joined Hum in 1990, a year after the band formed. He reportedly was invited to join the lineup after the rest of the band heard him performing the drum parts of Rush songs as they passed by his window.

He performed on all five of the band’s albums, including their most well-known track “Stars” from 1995’s You’d Prefer An Astronaut. Though St. Pere sat out for Hum’s reunion tour in 2015, he performed on their surprise 2020 album, Inlet, their first record in over two decades.

St. Pere’s drumming style has been described as a blend of heavy hardcore rhythms and the spaced-out shoegaze that flowed throughout Hum’s catalogue.

“We’re kind of an uptight band. We don’t go into the studio to drink beers, and record rock and then leave,” St. Pere said of the band during an interview with Crash Bang Boom Drumming last year.

“We’re a little bit meticulous, and me, I tend to overthink things.”

from UNCUT https://ift.tt/3dw2P8H
via IFTTT

Stephen Troussé 1971: The Year That Music Changed Everything 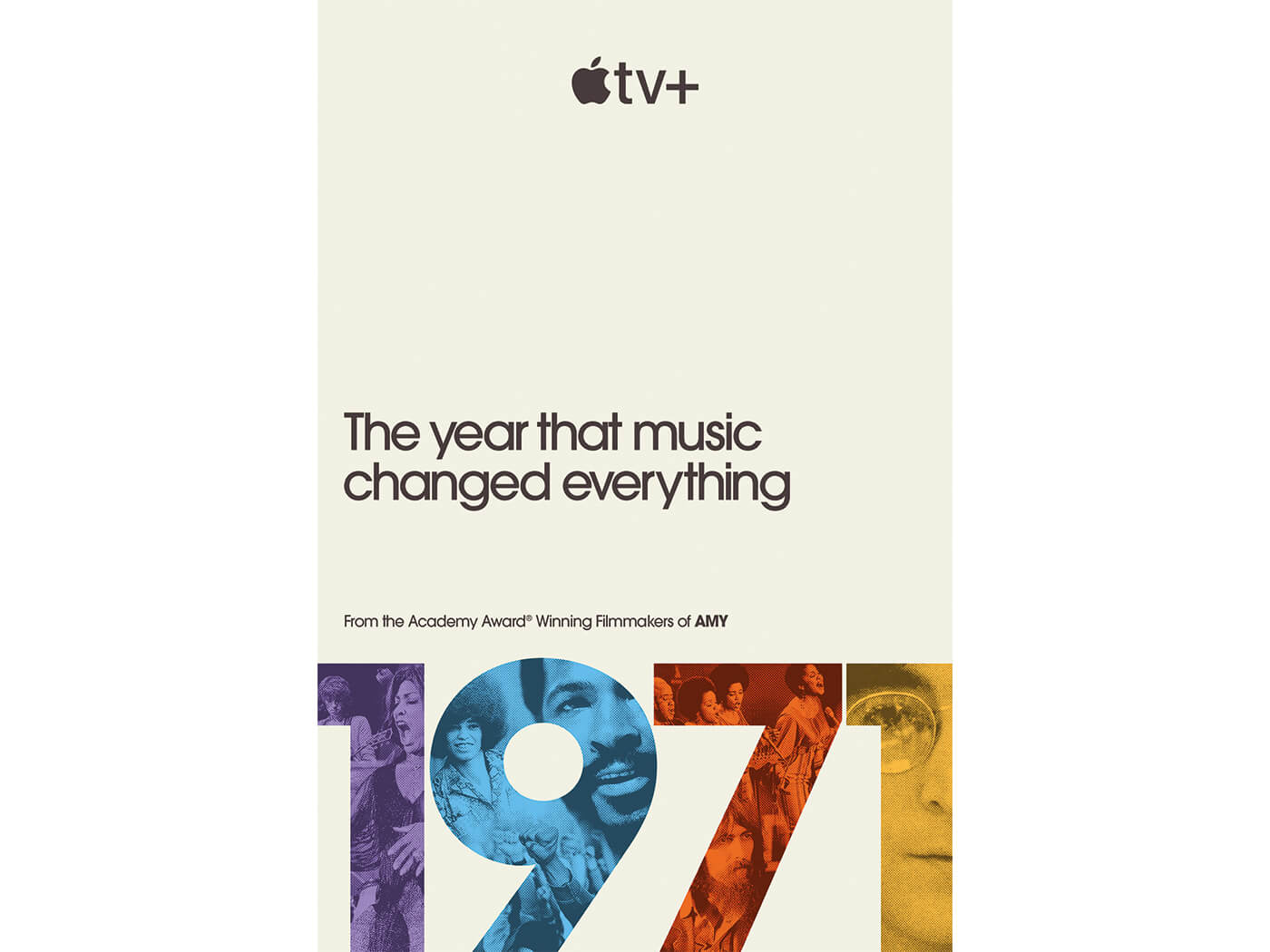 Right now you can find a whole bookshelf of pop histories eager to contend that any year from 1966 to 1984 was the one true year when rock, soul, punk or pop changed the world forever. On the face of it, David Hepworth’s 1971: Never A Dull Moment might be the most plausible of these: it’s hard to dispute the glory of 12 months that gave us Blue, What’s Going On, Hunky Dory, Tapestry, Electric Warrior, Tago Mago, Maggot Brain and There’s A Riot Goin’ On – to name but a few.

Apple’s new eight-part documentary builds on Hepworth’s premise but with a keener sense of how the music was embroiled in the roiling currents of history: Vietnam, civil rights, Black Power, feminism and LGBT+ liberation, the Cold War and technological change.

It’s a relentless cavalcade of astonishing material: from John Lennon giving a preview of “Imagine” in his Ascot mansion before getting an update from Tariq Ali on the geopolitics of Pakistan to a young girl literally biting a lock of hair from the head of Marc Bolan; from David Bowie debuting a shaky Changes as dawn rises over Glastonbury to Tina Turner, imperiously singing back to Ike on I Smell Trouble.

It feels churlish, then, to have reservations. Nevertheless, a lot of 1971 falls frustratingly between stools, unsure if it’s a compelling episode of the old BBC show The Rock’n’Roll Years or a particularly overwhelming Adam Curtis doc. By lacking a clear narrative line or critical point of view, and grouping madly disparate events into broadly thematic episodes, it lacks focus and risks tokenism.

If you’re mainly interested in the music, you might be bored or bewildered by the extended focus on the pioneering PBS documentary An American Family or the Oz court case. If you’re keen to know more about the Black Power movements, or how musicians were informed (or not) by feminism, you might feel short-changed by attempts to tie these issues up in a couple of 45-minute episodes (in truth each of these might be subjects for richer, more focused series of their own).

As an Uncut reader, you may find much of it overfamiliar: original interviews are scarce and there’s an abundance of old stories: Joni in Laurel Canyon, Elton at the Troubadour, Bowie meeting Warhol, the Stones at Nellcôte. With a few exceptions, the series skirts anything too proggy or non-anglophone – no Yes, Serge Gainsbourg or Fela Kuti, each of whom had remarkable 1971s.

But at its best, the series reminds you of the long histories of modern questions. “We were creating the 21st century in 1971,” says Bowie – and at times the show comes close to suggesting that between them, Bowie, Lennon and Pete Townshend pretty much invented modern pop, politics and the internet – not to mention Billie Eilish. But, most powerfully in Aretha Franklin’s magnificent Bridge Over Troubled Water at the Apollo in the wake of the Attica Prison uprising, it reminds us we haven’t come far enough.

The post 1971: The Year That Music Changed Everything appeared first on UNCUT.

from UNCUT https://ift.tt/3AjgObC
via IFTTT 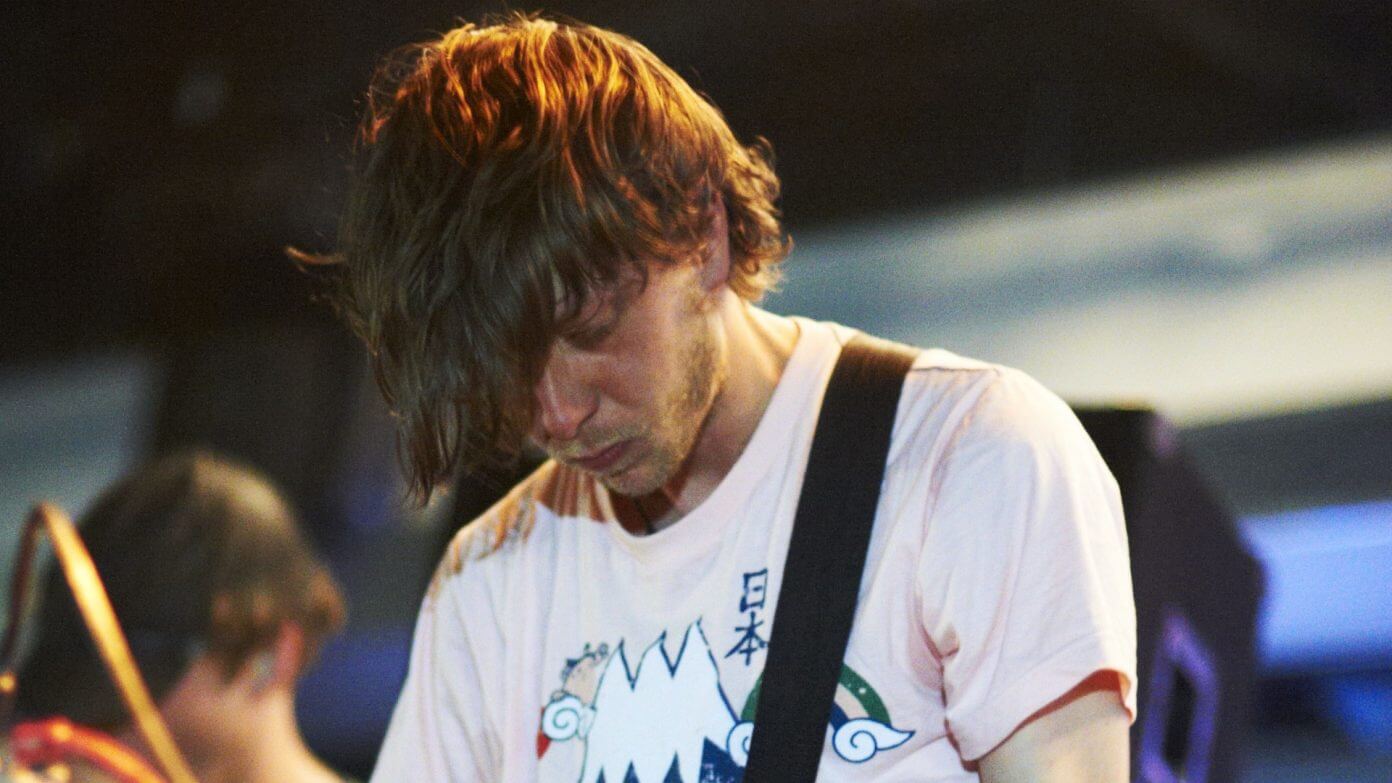 Black Dice have announced their first album in nine years, Mod Prig Sic, and shared the first single off it, “White Sugar”.

Mod Prig Sic will be the inaugural release for former DFA label head Jonathan Galkin’s new label FourFour on October 1 this year. Black Dice were signed to DFA during their mid-2000s heyday, releasing their first four albums on the label from 2002 to 2005.

The band then moved to Paw Tracks, a label founded by Animal Collective’s Panda Bear. The former group often cited Black Dice as an influence.

Although Black Dice last released an album in 2012 (Mr. Impossible), they haven’t been dormant since. In 2016, they released the two-track EP Big Deal, and last month they remixed “Summer Crane” for The Avalanches’ 20th anniversary edition of Since I Left You.

from UNCUT https://ift.tt/3Anl1uM
via IFTTT 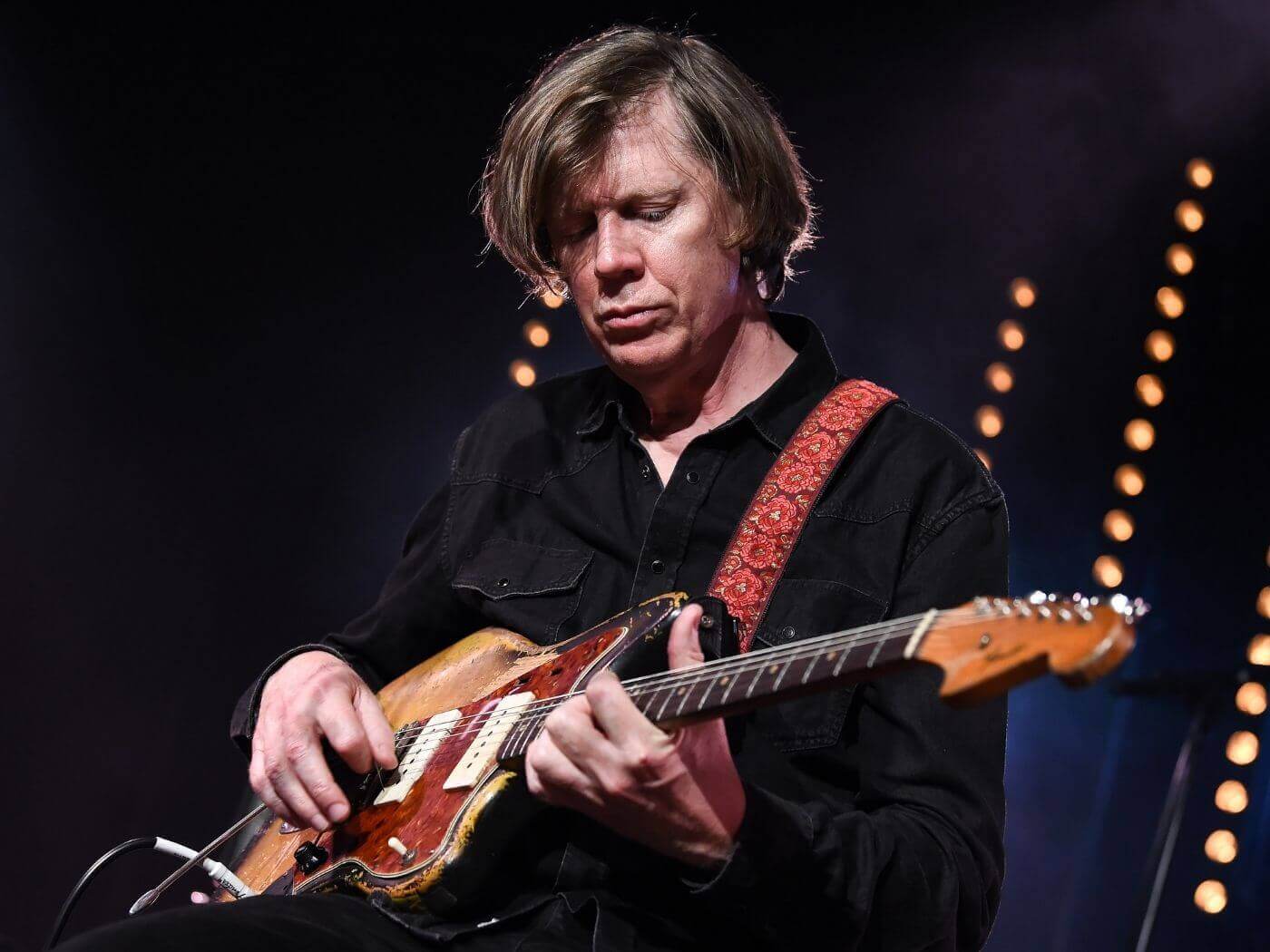 Thurston Moore has announced dates for a brief tour in September which kicks off with one show in London before heading over to the US.

Moore announced the tour on social media, but has been cryptic about who will be joining him onstage at the shows apart from fellow ex-Sonic Youth drummer, Steve Shelley.

The posts suggest the guitarist’s usual touring backing band – consisting of My Bloody Valentine’s Debbie Googe on bass and Nøught’s James Sedwards on guitar – could include a change in members.

“New York state of mind September 12 2021 with Steve Shelley and ? serenades of car horns and concrete rumbling subway soliloquies,” he wrote in one post.

You can see the full list of tour dates below. Tickets are available now here.

Moore will also star as the headlining act for Rockaway Beach’s Grand Day Out in London this August.

Moore dropped his seventh solo studio album, By The Fire, last September. In our 8/10 review of the record, we said: “Like anyone with almost 40 years of adventuring behind them, Moore’s music is now more about the deep, nuanced dig into established territory than striking out to plant a flag someplace new, plus exploring different contexts for his signature sound through continued collaboration.”

from UNCUT https://ift.tt/2UQygE2
via IFTTT