“My allegiance was always to the act. I wanted them to be happy. I wasn’t owned by a… 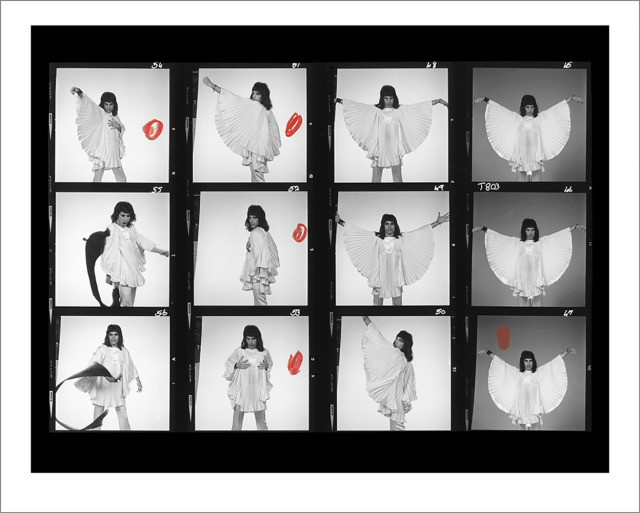 via The Real Mick Rock https://ift.tt/3ynOBP9

Butch Vig Butch Vig on recording Nevermind: “Little did we know that Nirvana would be putting the nail in the coffin of hair metal” 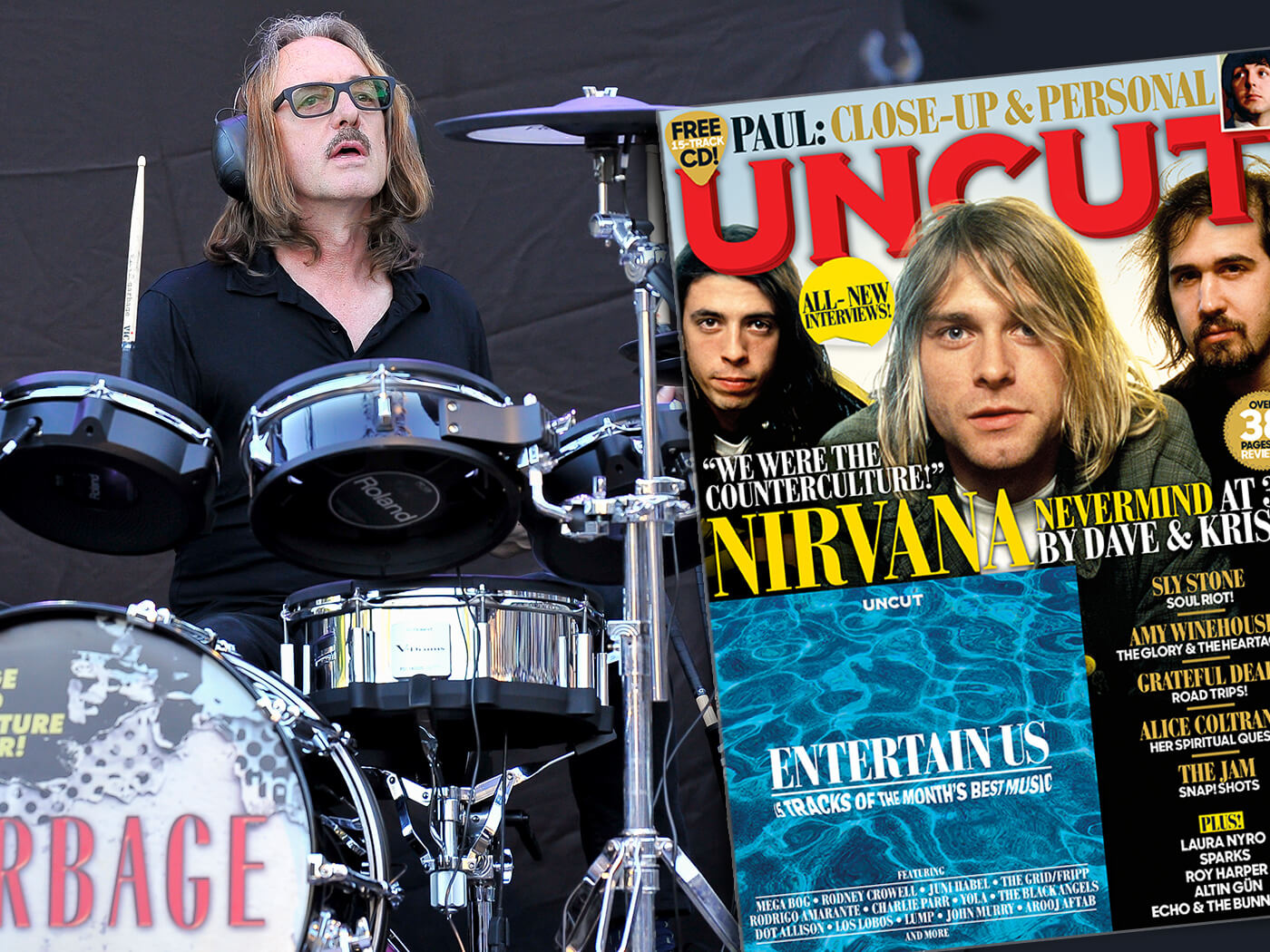 Jonathan Poneman at Sub Pop called me out of the blue sometime early in 1990. They wanted me to work with Nirvana. He said they would be as big as The Beatles. I thought he was just being cheeky.

A couple of days later, Bleach turned up at Smart, my studio in Madison, Wisconsin. I thought it was pretty one-dimensional except that one song, About A Girl, which to me did sound like a Lennon–McCartney composition, an amazing melody with a great arrangement.

We scheduled a week to record and about six weeks later Nirvana showed up in the Sub Pop van, pretty bedraggled. Krist was really friendly, Chad [Channing], who was drumming, seemed nice, Kurt was very likeable, quiet but polite. I fed them up at this blue-collar bar called the Friendly Tavern, a real working man’s watering hole and dirt cheap – you could get a pitcher of beer for $2 and a bowl of soup and grilled cheese for a buck and a quarter.

In the studio, I was taking my time to set up and I could tell Kurt was getting impatient. He kept saying he just wanted to sound “like Black Sabbath”. We tracked the first song and did a couple of takes when Kurt put his guitar down and went and sat in the corner. I tried to talk to him but Krist explained he got into these moods. You had to let him go through it and he’d eventually snap out of it. Eventually, Kurt stood up and said “Let’s go” and we cut the first song.

I realised that was something I’d have to deal with. He had these incredible mood swings, sometimes several times a day. I also noticed tension between Kurt and Chad. Kurt would sometimes go behind the drums and show Chad how to play. Krist was peacekeeper, the guy I would go to if I needed some help with the other two. By the time we finished, we only had something like six songs and a cover. We agreed to schedule more time, I did rough mixes, sent the band a cassette and didn’t hear anything for months.

In early 1991, I was producing Gish with the Smashing Pumpkins when Krist called. They’d signed to Geffen and wanted me to engineer the record. They rattled off some names of possible producers: Ed Stasium who did the Ramones and Smithereens, Scott Litt and Don Dixon who did REM, and David Briggs who had worked with Neil Young. Billy [Corgan] kept asking if I had heard anything. I realised later that Billy was acutely aware there was a buzz around Nirvana.

I heard nothing more for a couple of weeks then Krist called again. They decided they didn’t want to sound like REM or the Smithereens and Dave Briggs was a burnt-out hippie, so they wanted me to do the record in 10 days’ time in LA at Sound City. Four days later a rehearsal tape turned up. It began with Kurt introducing Dave Grohl and then they kicked into Teen Spirit. It was a boombox recording and I heard this scratchy guitar and Dave’s drum fills and then sheer distortion. The recording was horrible, but I could tell the songs were tight and hooky. – As told to Peter Watts

The post Butch Vig on recording Nevermind: “Little did we know that Nirvana would be putting the nail in the coffin of hair metal” appeared first on UNCUT.

from UNCUT https://ift.tt/36fRdm0
via IFTTT

from Alex Ross: The Rest Is Noise https://ift.tt/3ynbZwb
via IFTTT

The Cultural Recovery Grant Round One saved Classic Album Sundays at a time when the future was looking very bleak as all of our events income, the mainstay of our business at that time, had suddenly evaporated into thin air. The Arts Council England grant enabled us to turn our event- led platform into a content provider so that we could continue to offer our deeply exploratory stories about our favourite classic albums.

Along with helping us through with our own minimal overheads, we spent a large portion of the funds on a video series called My Classic Album. This is a series of 16 video streams featuring a diverse range of both established and up & coming artists discussing one of their favourite albums. Because of the grant, we were able to pay all of the artists, presenters, venues and freelancers behind the scenes at a time when it was very much needed. It also allowed us to provide free-to-view educational and entertaining musical content to a nation that was in the throes of lockdown over a long winter. With well over 300,000 views so far its fair to say our My Classic Album series was a winner. Thank you Arts Council England and thank you to the public for the funding.

You can view them all via the YouTube playlist below or the link to individual videos.

Get ready for emotion-dripped melodies, infectious pop rhythms and spellbinding songwriting. Welcome to the bold world of our Artist Of The Week, Olivia White, an emerging South East electronic pop artist.

Inspired by the likes of Dua Lipa, Lorde and Frank Ocean, she has an innate ability to really dig deep unto listeners’ hearts and evokes strong emotions. Her lyrics are unique and ambiguous, making them accessible to everyone and open to interpretations.

Listen for yourself! Here’s her latest single Buried In The Sound:

The singer began her music career at the age of just sixteen. She soon moved away from her small town to go and study at The Academy of Contemporary  Music. Here she harnessed her craft and discovered her signature sound. Olivia’s debut single ‘Call it Love’ has seen support from BBC Introducing who named it ‘Track of the Day’!

Listen to her debut here:

Olivia White’s hope is for her music to help people by connecting with them and making them feel less alone.

The post Artist Of The Week: Olivia White appeared first on Richer Unsigned.

from Richer Unsigned https://ift.tt/3wiLZke
via IFTTT

Ken relays what it was like working with David Bowie on their first co-production which was later followed by The Rise and Fall of Ziggy Stardust and the Spiders from Mars, Pin Ups and Aladdin Sane (and they also worked together on Lou Reed’s classic album ‘Transformer’). Ken’s first hand accounts are a wonder to behold and a must for any Bowie fan.

This week’s episode features Empire Records in St. Albans. “I love working in a record store, it’s amazing you know, the music you listen to, people you meet, you’re surrounded by the things you love all day.” Dave Burgess

Behind The Counter is a 12 part video series that tells the stories behind the wonderful world of independent record shops.

A new episode will drop every Tuesday in the run up to #RSD21​​ which will share the unique stories from around the UK. Get to know your local shops! 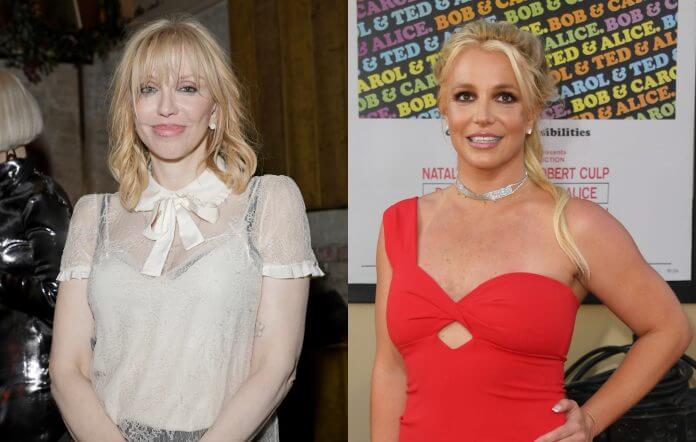 Courtney Love has covered Britney Spears’ “Lucky” in the latest part of her Instagram covers series – you can watch it below.

Love launched the series last month with a cover of Billy Bragg and Wilco’s “California Stars”, with The Big Moon’s Juliette Jackson playing guitar on the performance.

Now, the Hole frontwoman has shared the next instalment. “Someone asked me what cover I’m going to play next – I don’t have a guitar player handy so…” she introduced the video, pointing to herself. “Yep. This is… I don’t know. We’ll see. Let’s go through this together.

“It’s written by one of those fantastic old Swedish people – gentlemen – and it’s got B#7… I don’t know that shit.”

Love then launched into a rendition of Britney Spears’ “Lucky”, which was written by the Swedish songwriters and producers Max Martin, Rami Yacoub and Alexander Kronlund. The original featured on Spears’ second album Oops!… I Did It Again, which was released in 2000.

In the middle of the performance, Love paused to say: “I’m actually crying. I fucking hate this when it happens.”

from UNCUT https://ift.tt/3e1LBjV
via IFTTT