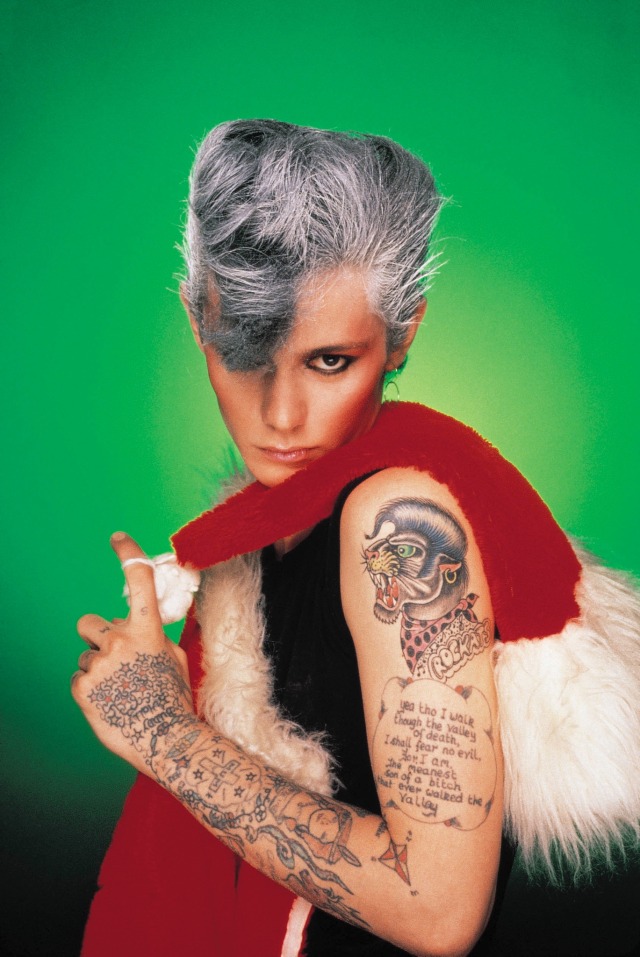 via The Real Mick Rock https://ift.tt/3dLMtc2 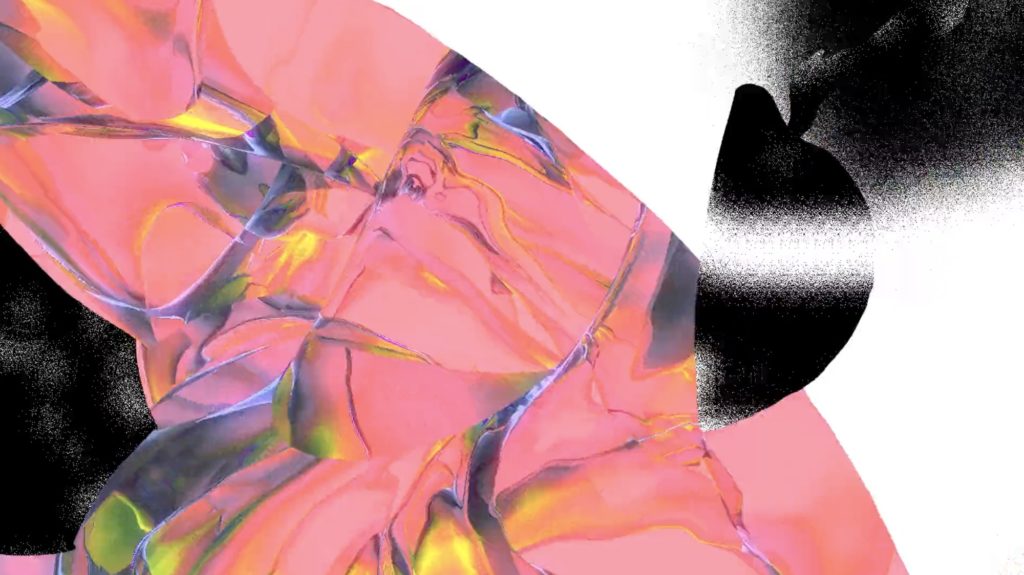 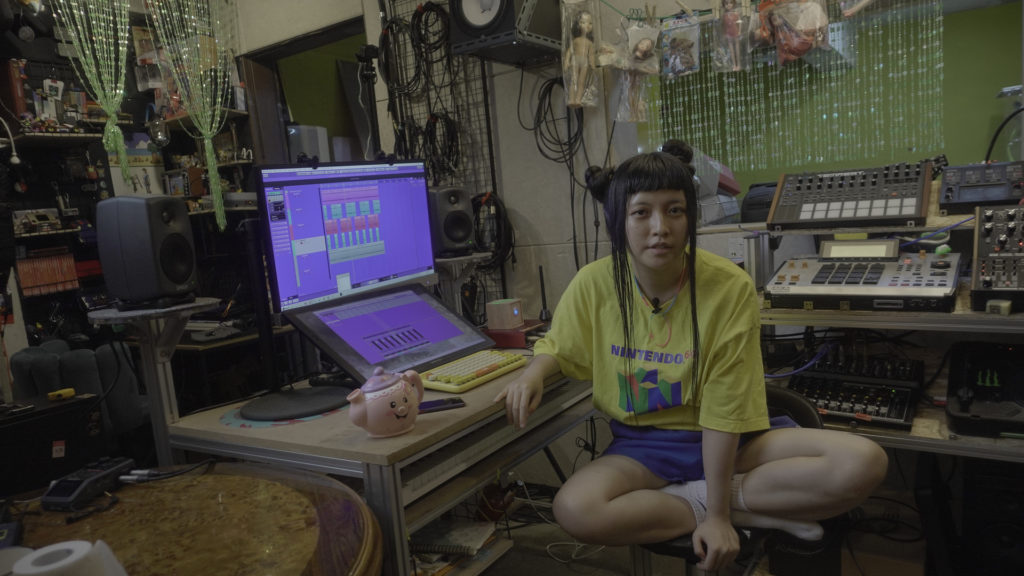 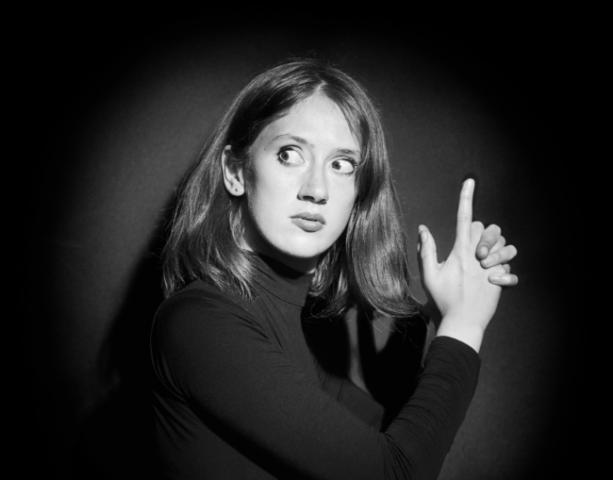 via The Wire: Home https://ift.tt/3dIyrIj

This week’s episode features Dusty Groove in Chicago. “There’s nothing compared to the feeling of walking into a record store, hearing music, playing it, touching it, feeling it, you know, it’s a very tactile environment.” Rick Wojcik

The post Behind The Counter US 2021: Dusty Groove, Chicago (Episode 11 of 12) appeared first on Classic Album Sundays.

Charlotte Krol Jehnny Beth on mental health and the music industry: “I know a lot of musicians who struggle to be heard and respected” 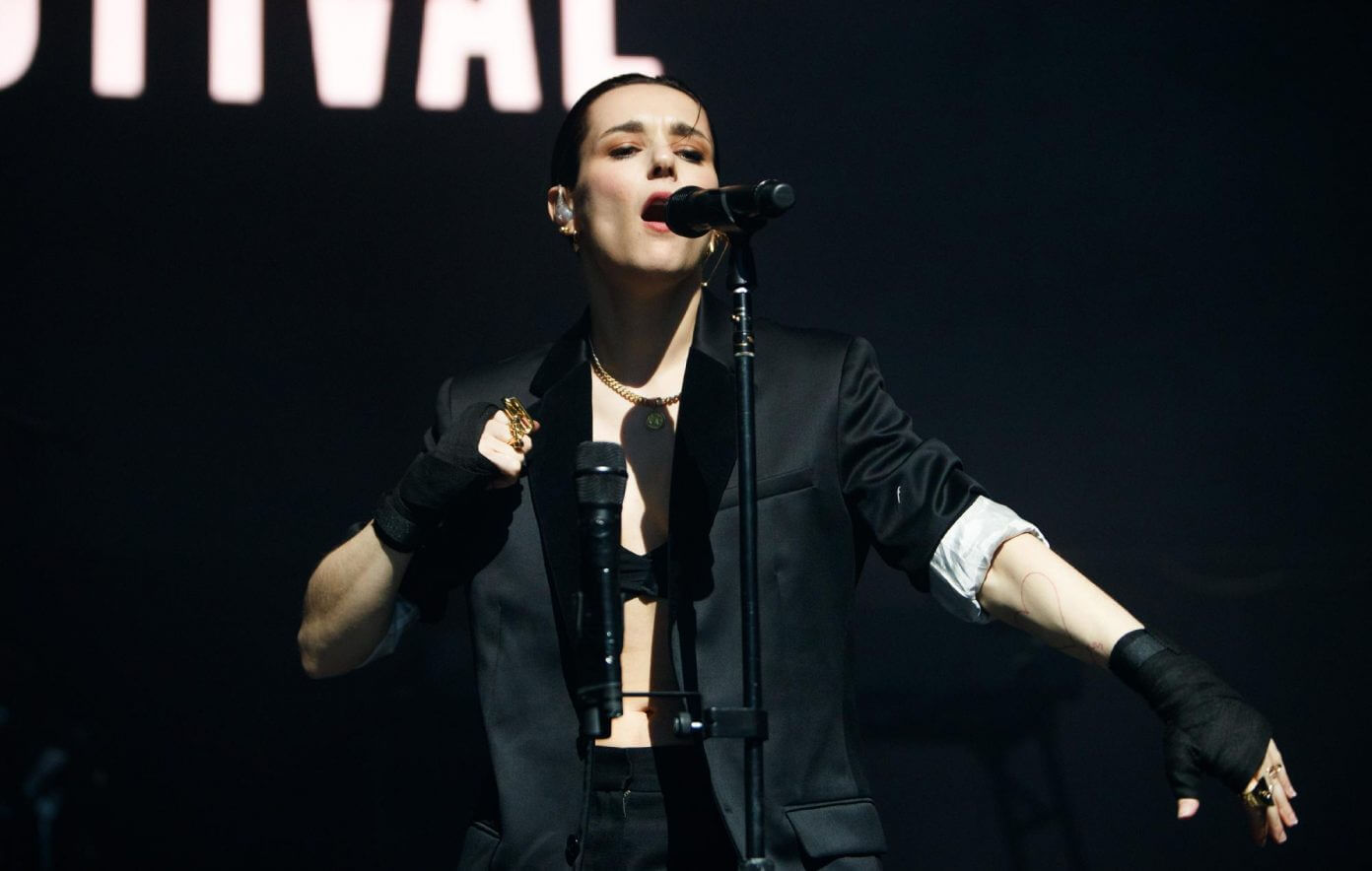 Jehnny Beth has written about ongoing mental health issues in the music industry and her hopes for younger artists to resist “age-old patriarchal abuse”.

The Savages frontwoman and soloist, who last week released a collaborative album with Primal Scream’s Bobby Gillespie, posted on Instagram a video of herself holding a burning stick as a symbol of shining “a light” on the state of the industry.

“Today I want to shine a light on mental health issues in the music industry, because it doesn’t happen just in pop world but in the indie world too,” she began.

“I know a lot of musicians who struggle to be heard and respected, even in 2021, one can still find oneself face to face with the inevitable attitude and language of the oppressor. It can be a very unempathetic industry, Rocknroll capitalism emphasises power abuses, turns artists against artists, pushes them to consider a number of streams or listeners before friendship & art, or themselves.”

“We’ve witnessed the casualties of those age-old patriarchal abuse many times, on everyone, and yet they are still widely spread in the fabric of our community.”

The French singer went on to write that she hopes younger generations will be able to break free of such restraints.

“My hope goes to the young generation, for understanding there’s no need for those aggressive and dominant rapport, and wanting to work in a sain [sic] environment.”

Beth encouraged both those inside and outside of the music industry to share their experiences. Garbage were quick to do so, writing that they could talk about such issues “for hours”.

“It drove me and my whole band round the bend. We had to just stop the bus and get off for a while for fear we would go mad,” wrote one Garbage bandmember.

Meanwhile, Bobby Gillespie has said Brexit has “destroyed any hopes of chances for young musicians that are trying to make it”.

The post Jehnny Beth on mental health and the music industry: “I know a lot of musicians who struggle to be heard and respected” appeared first on UNCUT.

from UNCUT https://ift.tt/3whFTAn
via IFTTT 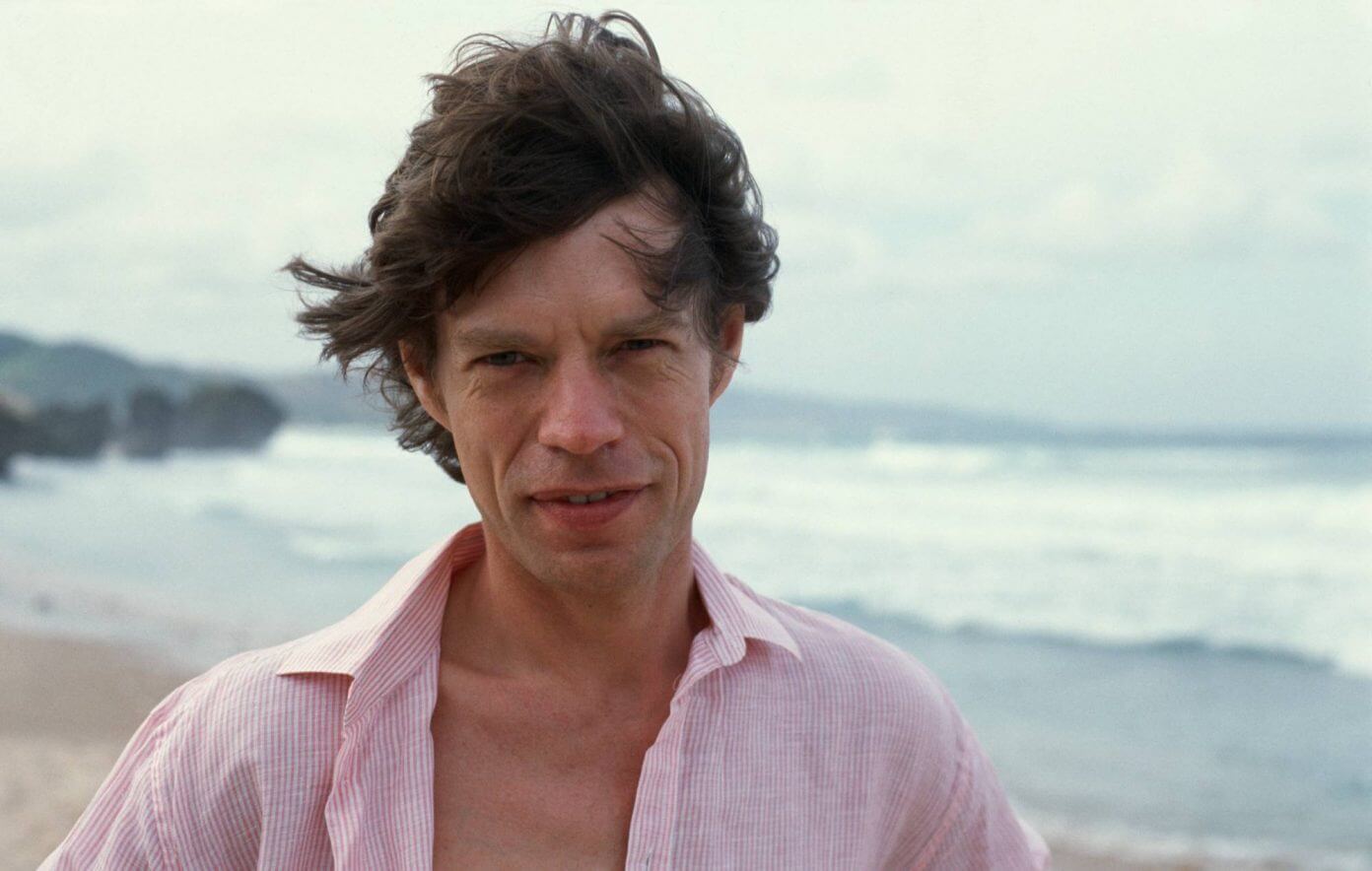 Writer Barry Coleman has recalled the two frantic weeks he was given in 1983 to ghostwrite Mick Jagger’s autobiography – a project which was ultimately axed.

The Rolling Stones frontman has still never published a memoir, and recently described the process of writing an autobiography as “simply dull and upsetting”.

Speaking to The Guardian, Coleman recalled being drafted in by publisher Weidenfeld & Nicolson in 1983 to take the reins on Jagger’s autobiography after the previous ghostwriter failed to finish the project.

“[W&N] said: ‘You’re the only person we know who can do this,’” Coleman said. “So rather surreally I became Mick Jagger’s ghostwriter’s ghostwriter.”

Coleman went to work on Jagger’s autobiography in New York, though early problems arose when the original ghostwriter “stopped returning my calls” before Coleman was then given a deadline of just two weeks to finish the project.

“Two chapters were more or less presentable,” Coleman said of what existed of the autobiography when he started work. “The rest was a pile of interview transcripts, and nothing related to recent years. Stitching everything together was an awful experience.”

The Jagger transcripts included his recollections of meeting Keith Richards for the first time, guitarist Brian Jones’ death in 1969 and the Stones’ disastrous show at the Altamont festival where audience member Meredith Hunter was killed by a member of the Hells Angels.

“All the big stuff was in there, there just wasn’t anything interesting said about it,” Coleman said about the material. “There was always this sense in the transcripts that Mick was holding back, or trying not to hurt anybody’s feelings.”

While Coleman was able to finish the autobiography by the two-week deadline, Jagger had grown unsure about the project and ultimately decided to axe the plans to publish the memoir.

“We’d talked a lot about whether he still wanted to go ahead, or whether we could do it again, but differently,” Coleman said about those final discussions. “Mick didn’t blame me. He just didn’t want to do it.

“I think he respected his audience by not giving them something ordinary about an extraordinary life. I’ve lived with this story for 38 years with a certain frustration, but in a way it tells you more about Mick than anything that could have come out in a mediocre book.

“It needed Mick to be able to talk to someone like he might a therapist, approach his life from a tangent. Instead we ended up with something that was too pedestrian for Mick Jagger.”

Jagger previously said in 2014 that anyone who wanted to read his memoir should “look it up on Wikipedia”.

In 2017 the writer and publisher John Blake claimed to have a copy of the singer’s unfinished manuscript and described it as “a little masterpiece”.

from UNCUT https://ift.tt/3AuzUf5
via IFTTT 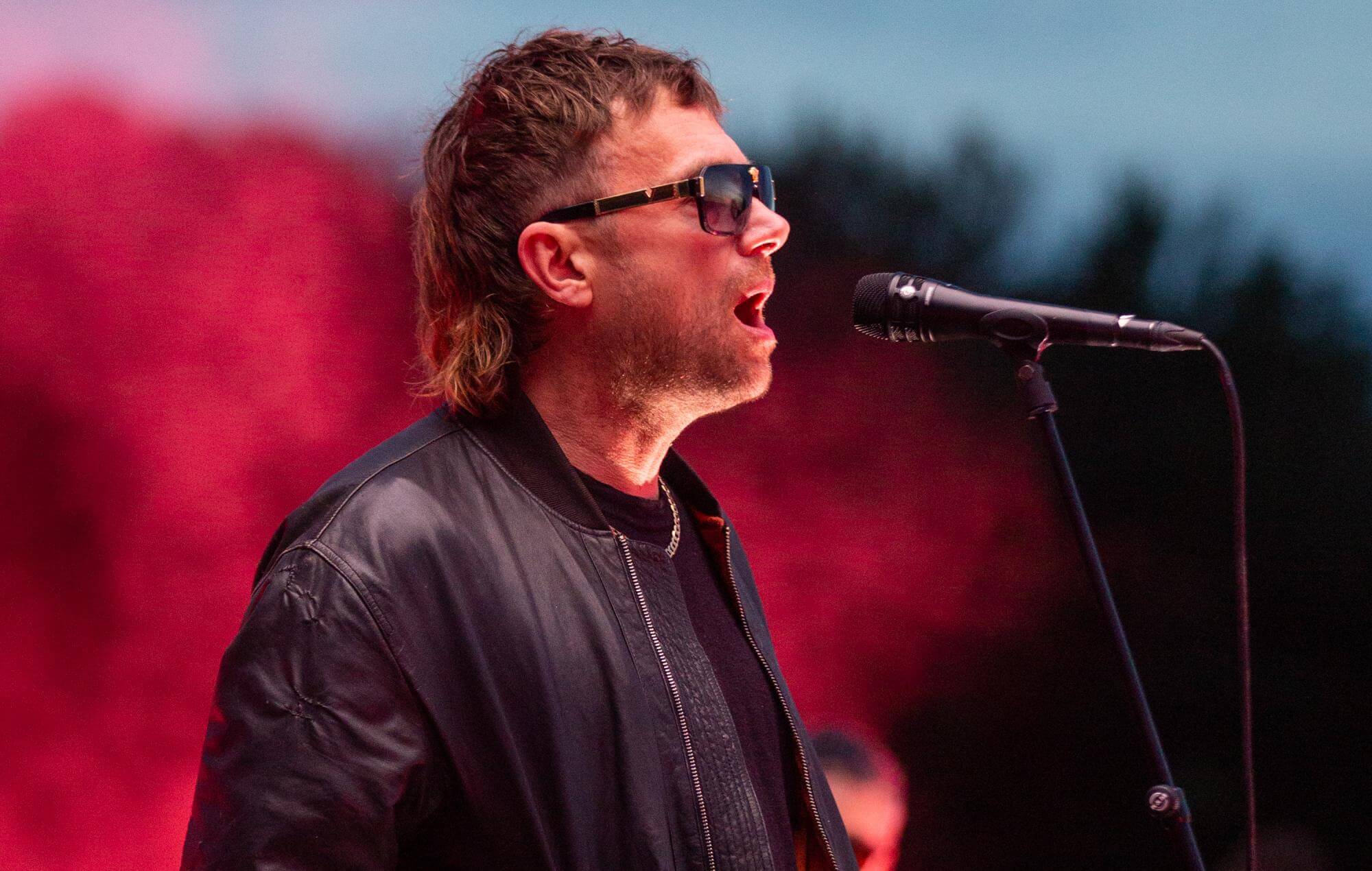 Damon Albarn has posted a teaser for what appears to be a concert film accompanying his forthcoming new album.

The Nearer The Fountain, More Pure The Stream Flows, the Blur frontman’s second solo album, is set to drop on November 12.

In the video shared yesterday (July 5), Albarn is seen tuning up with an ensemble who are readying themselves for a live performance.

Albarn will head out on the road in support of his forthcoming album next year.

Additionally, his other band Gorillaz will headline The O2 in London on August 11, with appearances set for Boardmasters 2021 and Primavera Sound 2022.

from UNCUT https://ift.tt/2UuS4wQ
via IFTTT 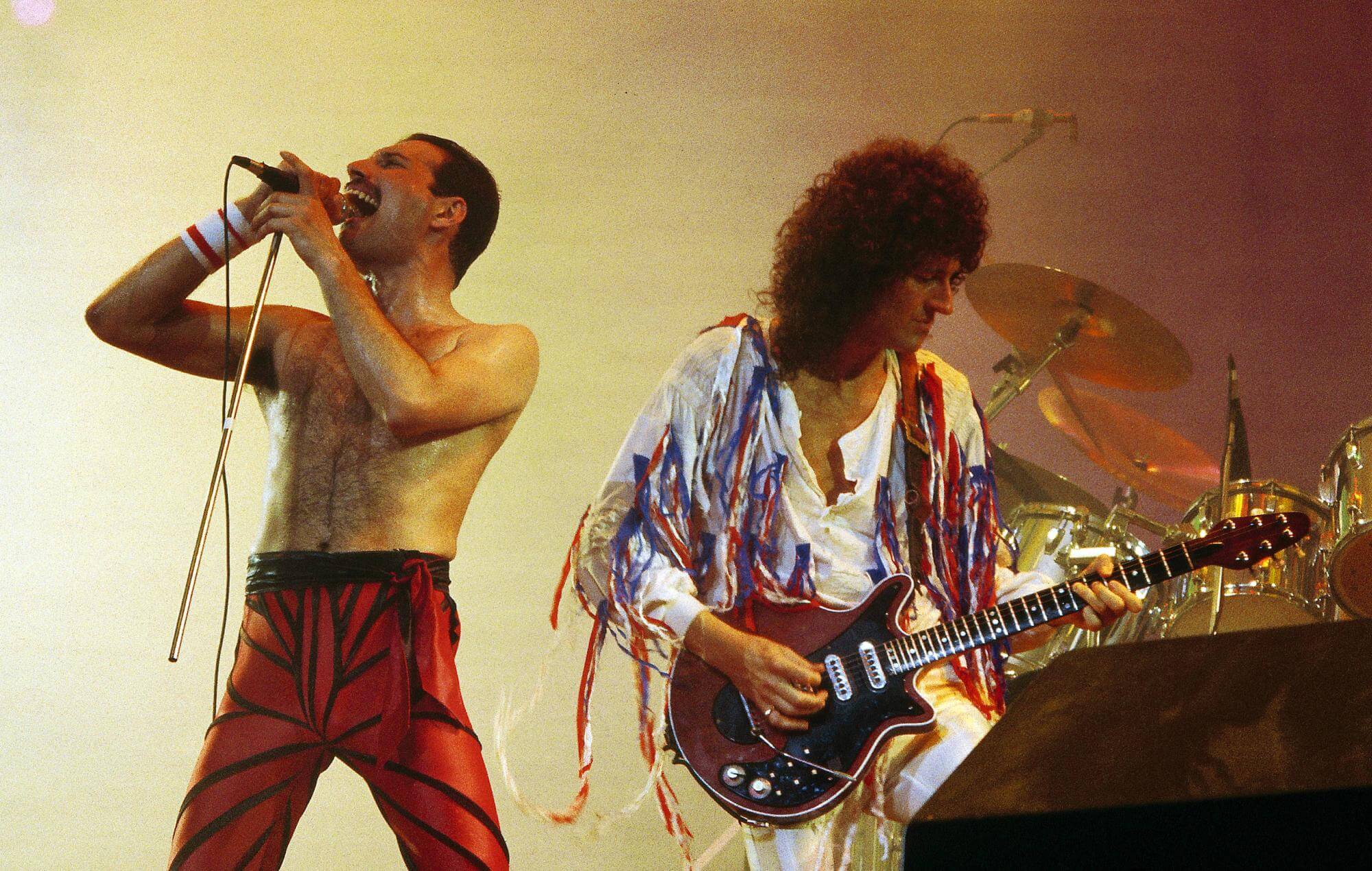 Queen’s Greatest Hits is eyeing up its return to the UK Number One spot on the Official Albums Chart this week.

A special 40th anniversary edition of the compilation album is the reason for the original 1981 record’s current surge to the top, with 86 per cent of the new special edition record’s sales so far coming from physical formats.

As Official Charts notes, the anniversary re-release includes a collector’s edition of the CD with an exclusive slipcase cover, as well as a limited edition cassette that is available in five different colours.

Should the album continue to hold its current ranking from the Official Charts update, then it will mark its fifth total week at the top of the Official Albums Chart. When Greatest Hits was first released in 1981, it spent four consecutive weeks in the Number One spot across that November and December.

Greatest Hits retains the title of the best-selling album of all time in the UK. In 2019 it became the first album ever to sell 6,000,000 copies. To date, the album has spent 952 weeks in the Official Albums Chart.

The news comes after recent reports that the band are making more than £100,000 a day from the 2018 Freddie Mercury biopic Bohemian Rhapsody.

Bohemian Rhapsody has made over $900million (£654m) at the box office at the time of writing, and according to new accounts from Customs House, the band – Brian May, Roger Taylor and John Deacon – and Mercury’s estate are seeing a big chunk of that money.

As Music News reports, in the year before the blockbuster’s release, the band filed profits of £11.8m pre-tax, with a turnover of £21.9m. Following the film’s release, though, Queen Productions registered a turnover of £42m in the 12 months dated to September 2020, making over £19m pre-tax.

The post Queen’s Greatest Hits on course to reclaim Number One spot for the first time in 40 years appeared first on UNCUT.

from UNCUT https://ift.tt/2Vbg9Jj
via IFTTT