I just do what I do and hope that the audience finds it aesthetically stimulating! xM“Tim… 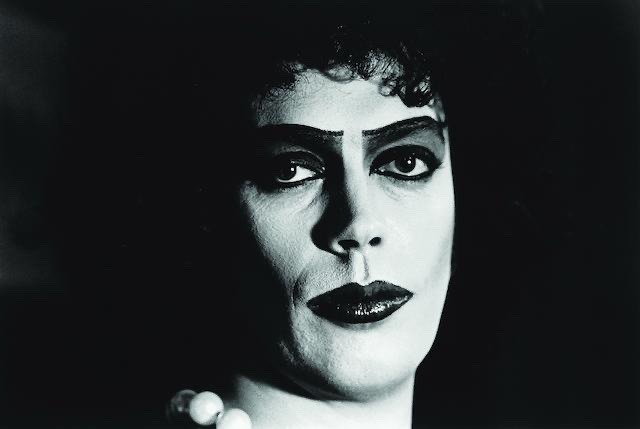 via The Real Mick Rock https://ift.tt/3yVlVNO 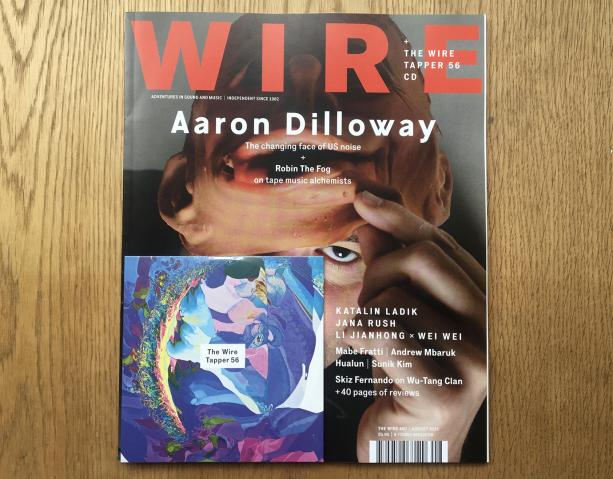 via The Wire: Home https://ift.tt/3wCpDKC 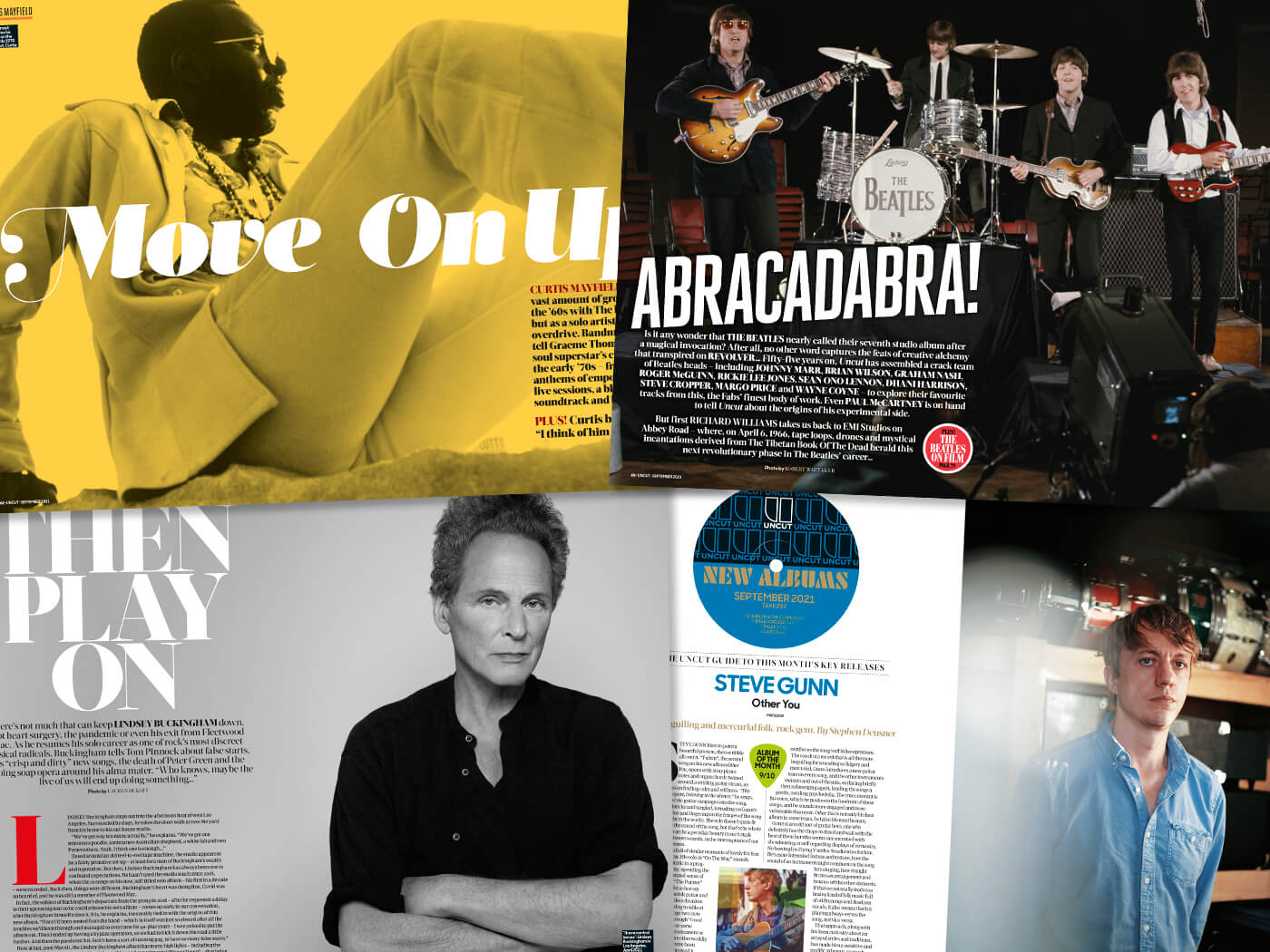 Walking round town about a month ago with my family, we came across a band busking in the street. Half way through their set – programmed with the casual shopper in mind, so heavy on classic rock anthems like “All Along The Watchtower”, “Have You Ever Seen The Rain?” and “Come Together” – I suddenly realised that this was the first live music I’d seen for 14 months. Jolt over, it made me realise how much I’ve missed the profound pleasure of seeing four people play amplified music together. Long may it continue.

We continue to celebrate the return of live gigs in this month’s Uncut where we carry reports of shows by Eliza and Martin Carthy and Black Country, New Road – both, coincidentally, reviewed in Brighton. Meanwhile, in just a few months’ time, the Uncut team will be heading en masse to Wiltshire for the End Of The Road festival. More on that nearer the time – but suffice to say for all of us, End Of The Road will be an unmissable highlight after being deprived of live music for so long. Incidentally, you can find further updates and lineup information at here and on uncut.co.uk. 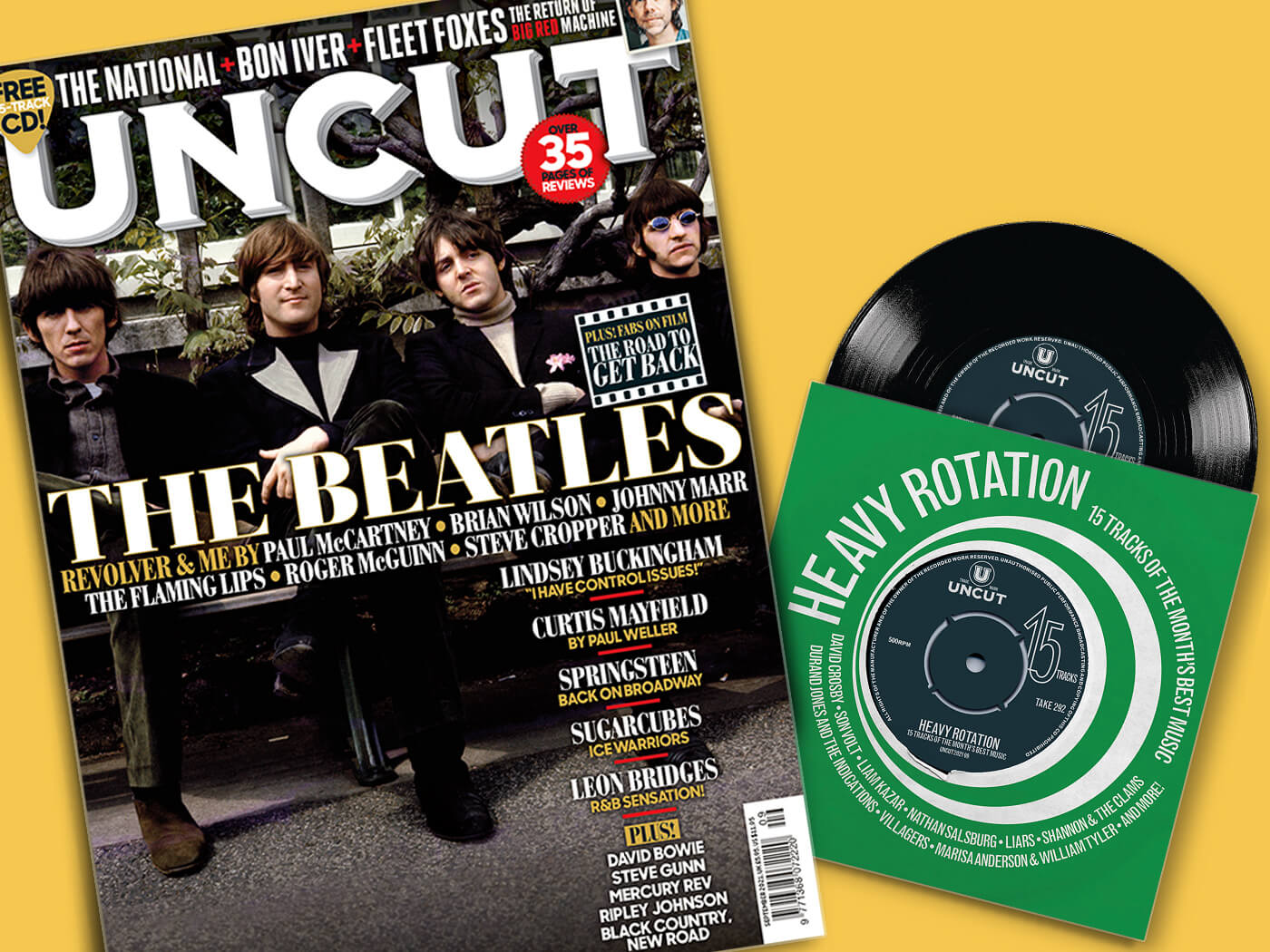 Elsewhere in the issue, we also have our first face-to-face interview for many long months – with Leon Bridges, who Stephen Deusner meets in his hometown of Forth Worth, Texas. It’s a welcome change from the Zoom chats that have constituted our interviews lately. Ah, I can almost smell the coffee brewing in Leon’s local, the Cherry Coffee Shop.

What else? Exclusives with Lindsey Buckingham – he brought up the subject of Fleetwood Mac first, I’m reliably informed – and also Big Red Machine, the collaborative project created by The National’s Aaron Dessner and Bon Iver’s Justin Vernon. For this, their second album, they’ve recruited Fleet Foxes’ Robin Pecknold among other notable guests. His presence finally unites on record three contemporaries whose eclectic, progressive and ambitious music has been a critical part of Uncut’s aesthetic for the past 15 years or so. Laura Barton corrals Dessner, Vernon and Pecknold for her excellent piece – and I’m pleasantly surprised to learn that Vernon and Pecknold have only ever met once so far, in a lift in Phoenix, Arizona.

There’s more, of course. For our Revolver cover, we’ve asked 14 Beatle heads to each talk about their favourite song from their 1966 masterpiece. Our panel consists of fellow ‘60s luminaries including Brian Wilson, Roger McGuinn and Steve Cropper, card-carrying fans like Johnny Marr, Norman Blake, Margo Price and Wayne Coyne and also two Beatles’ scions – Sean Ono Lennon and Dhani Harrison, both of whom make plausible cases for Revolver as the band’s greatest album (it is).

Beyond that, there’s Curtis Mayfield, Curtis Mayfield, Steve Gunn, Ripley Johnson, Mercury Rev, the Sugarcubes, Lovin’ Spoonful (it is summer, after all), Martha Wainwright, Springsteen, Bowie and much more.

Before I go, I should also pay tribute to Alan Lewis – IPC Magazines’ former editor-in-chief, who helped launch Uncut back in 1997. Alan had a brilliant, intuitive understanding of magazines, as evidenced by the many successes he was involved in – from Melody Maker, NME and Sounds to Loaded, Kerrang! and many, many more. He was a lovely, self-deprecating person, too – full of wisdom and advice and always great company in Uncut’s old local, The Stamford Arms.

As ever, let us know what you think by writing to us at letters@uncut.co.uk.

The post Welcome to the new Uncut: The Beatles, Lindsey Buckingham, Curtis Mayfield and more appeared first on UNCUT.

from UNCUT https://ift.tt/36wEOub
via IFTTT

This week’s episode features Boo Boo Records in California. “I think they saw a kid that was way into it, passionate about music, passionate about listening to music and that’s something I look for in employees right now.” Mike White

The post Behind The Counter US 2021: Boo Boo Records, California (Episode 12 of 12) appeared first on Classic Album Sundays.

Ella Kemp Peter Jackson explains why Beatles fans will be surprised by new docuseries, Get Back 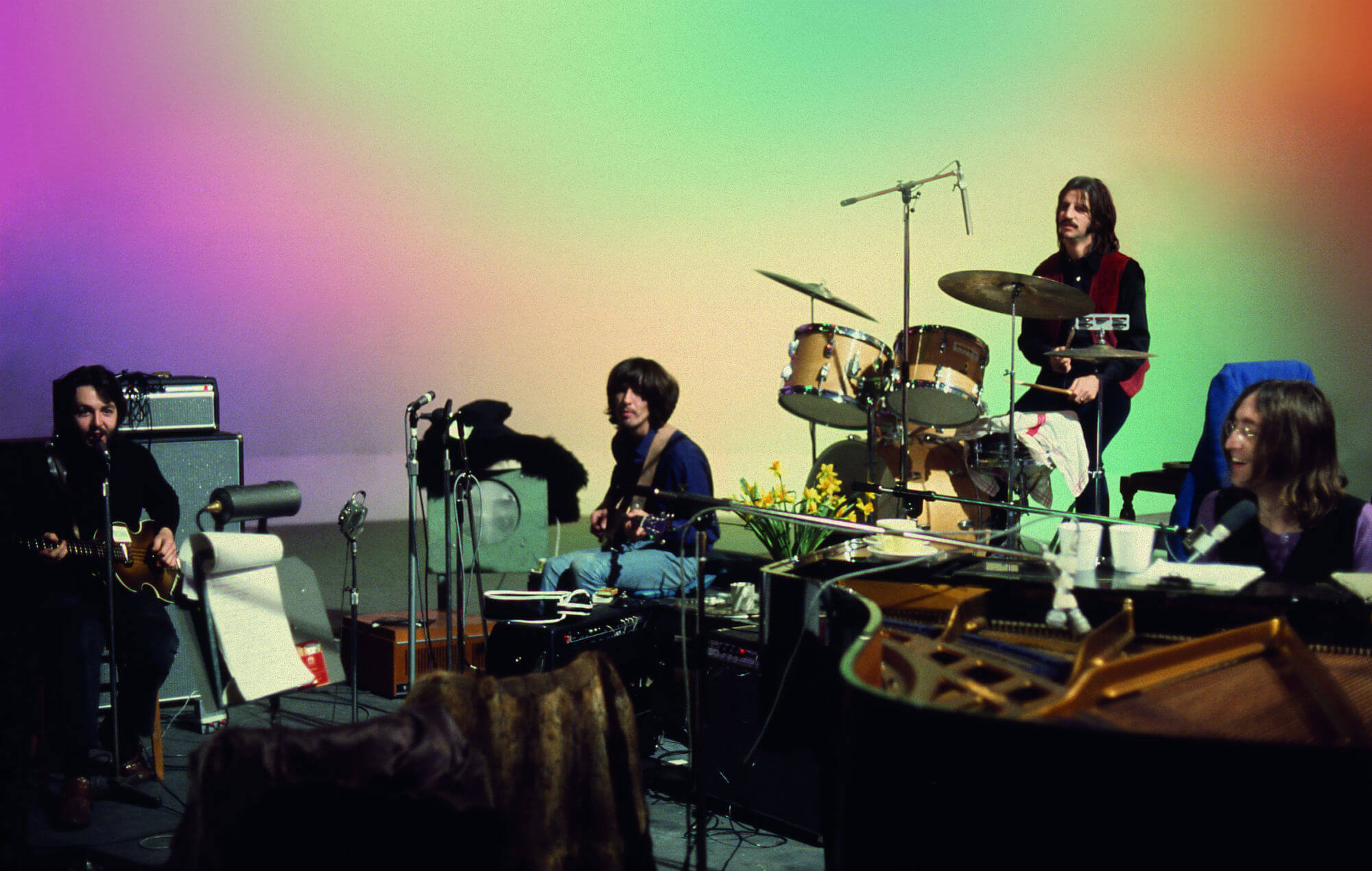 Peter Jackson has explained why Beatles fans are likely to be surprised by his new docuseries Get Back.

The filmmaker opened up in a new interview about what fans can expect from the forthcoming project in which he’s revived hours of footage from 1969.

Discussing the format of Get Back, which focuses more on conversations than music, Jackson said the series will be very “intimate”.

“I think people will be surprised by the series for two reasons,” Jackson told GQ. “One, it’ll be far more intimate than they imagined it to be, because everyone is used to seeing music documentaries being a bit kind of MTV-ish, sort of together in a poppy kind of way and it’s just the music, music, music, you know? The music isn’t at the forefront of this film: weirdly, it’s what goes on behind the music at the forefront.

“I mean, even in the rooftop concert, we have the concept that we’re inter-cutting all the time to the street and to the policeman and everything else.

“And that’s really true of the whole series – it’s not a sequence of MTV video clips of them doing songs. There’s probably more conversations with The Beatles in the films than there is actual singing.”

Describing the second aspect which might surprise fans, Jackson addressed the footage’s sense of humour.

“And the other thing that I think will surprise people is how funny the films are, which, considering the reputation of this footage and the Let It Be movie, you don’t associate with January 1969, but they’re very funny films,” he said.

The Beatles: Get Back will air on Disney+ between November 25-27.

The post Peter Jackson explains why Beatles fans will be surprised by new docuseries, Get Back appeared first on UNCUT.

from UNCUT https://ift.tt/3xBGBu3
via IFTTT 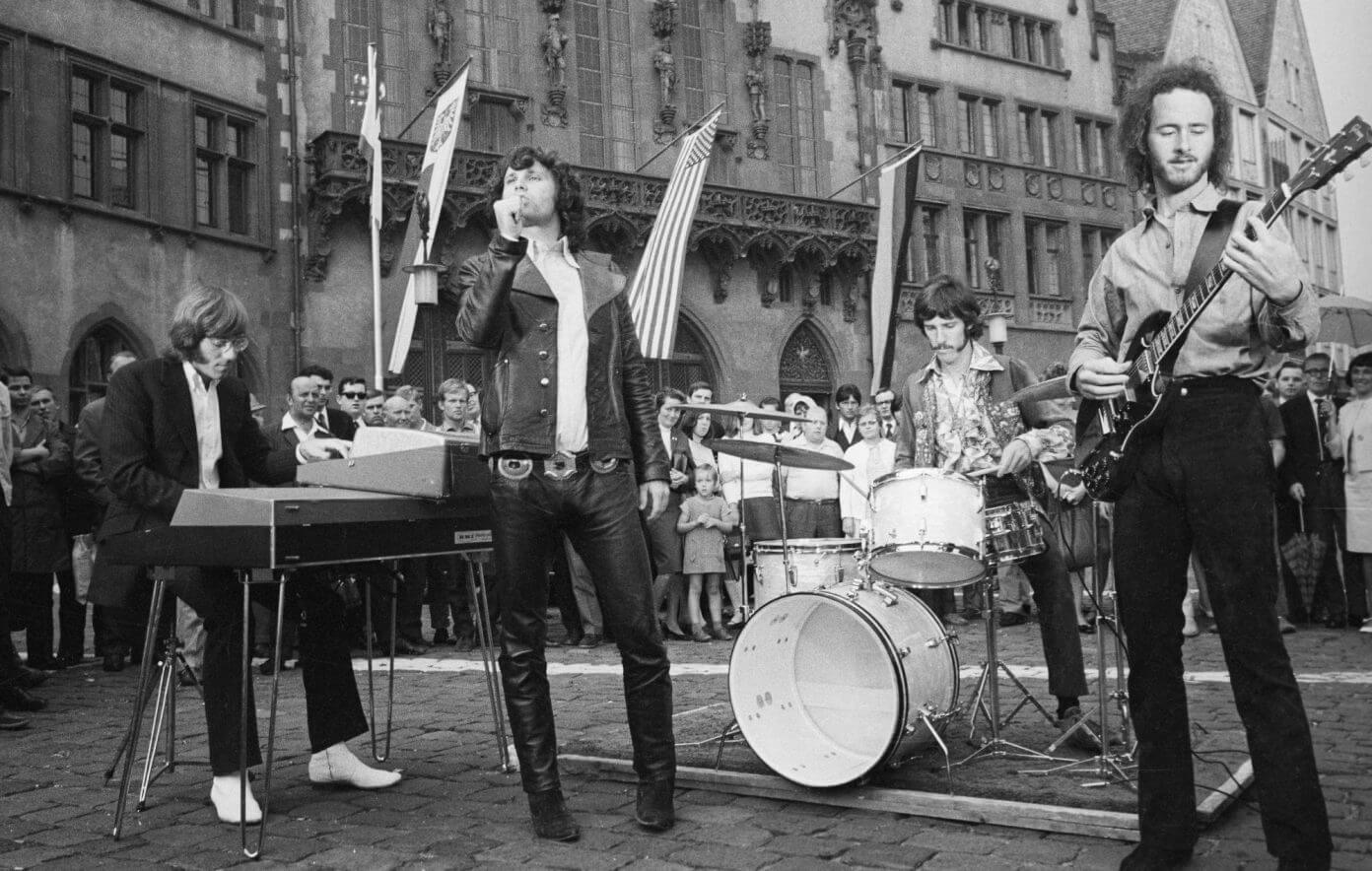 Robby Krieger has announced his first-ever memoir, Set The Night On Fire: Living, Dying, And Playing Guitar With The Doors, which is set to shed light on the band’s history.

The guitarist’s memoir is released on October 12 via Little, Brown and Company, and promises to reveal new aspects about the band’s mythological career.

A description of the 300-page book [via Consequence Of Sound] says readers can expect to learn about “never-before-told stories from The Doors’ vital years” as well as new perspectives on the band’s iconic moments.

“Through a series of vignettes, Krieger takes readers back to where it all happened: the pawnshop where he bought his first guitar; the jail cell he was tossed into after a teenage drug bust; his parents’ living room, where his first songwriting sessions with Jim Morrison took place; the empty bars and backyard parties where The Doors played their first awkward gigs; the studios where their iconic songs were recorded; and the many venues where concerts erupted into historic riots,” reads part of the memoir’s description.

“Krieger also goes into heartbreaking detail about his life’s most difficult struggles, ranging from drug addiction, to his twin brother’s mental breakdown, to his own battle with cancer. Counterbalancing the sorrow are humorous anecdotes about run-ins with unstable fans, famous musicians, and one really angry monk.”

Pre-orders for Set The Night On Fire… are currently ongoing here.

The news follows a recently announced documentary focused on Jim Morrison, which features never-before-seen content from the artist.

The post The Doors guitarist Robby Krieger to release memoir Set The Night On Fire appeared first on UNCUT.

from UNCUT https://ift.tt/3wAEyoF
via IFTTT 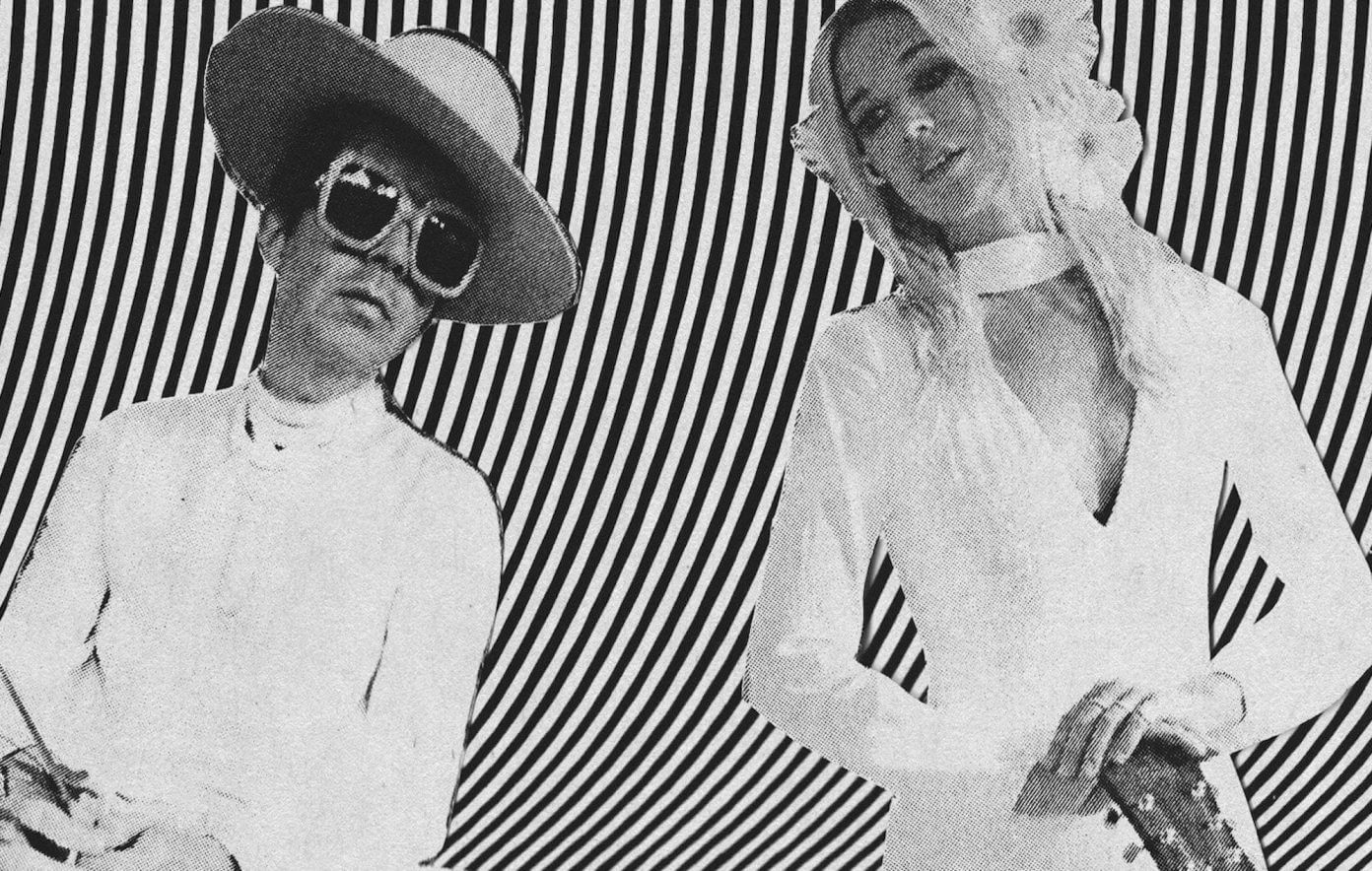 Beck and Natalie Bergman have shared a pair of new collaborations – listen to both below.

The former tourmates have teamed up for a cover of Lion’s track “You’ve Got A Woman”, with Beck also remixing Bergman’s recent track “Paint The Rain”.

In a statement about the new releases, Bergman said that touring with Beck as part of the band Wild Belle in 2019 was “a highlight of my career”.

“He has always fostered a spirit of collaboration through music,” she added. “Getting to work alongside him is a dream. He’s a visionary, and a true-blue friend. ‘You’ve Got a Woman’ is your new favourite summer jam!”

Of “Paint The Rain”, Beck added: “[Bergman] asked me to sing it with her on the album but unfortunately I never made it to the studio in time. Soon after, she emerged with a record which does the difficult job of translating one’s life and the world in its darkest hour into song.

“To navigate those experiences and emotions and translate them into songs that can be sung and felt is much more difficult and fraught than one can imagine. To overcome despair and rework it into a thing of beauty takes a kind of strength.

“As I hear songs created as the world was coming apart and in the aftermath of loss it seems to be even more miraculous when you consider its redemptive quality which even comforts and uplifts, like the gospel music that inspired many of the songs.”

He added: “Where art making and healing intersect, there’s a particular sense of transcending. She has gone into the wilderness of that moment and painted the rain, invoked a kind of hope that is hard earned and offered a sense of healing, even finding there is still a joy in the world.”

Beck recently rescheduled his forthcoming UK tour to 2022 and added several new dates. The singer-songwriter was set to head out on a UK and European tour this summer, but he was forced to postpone the dates due to the ongoing coronavirus pandemic.

from UNCUT https://ift.tt/3r7UBcd
via IFTTT 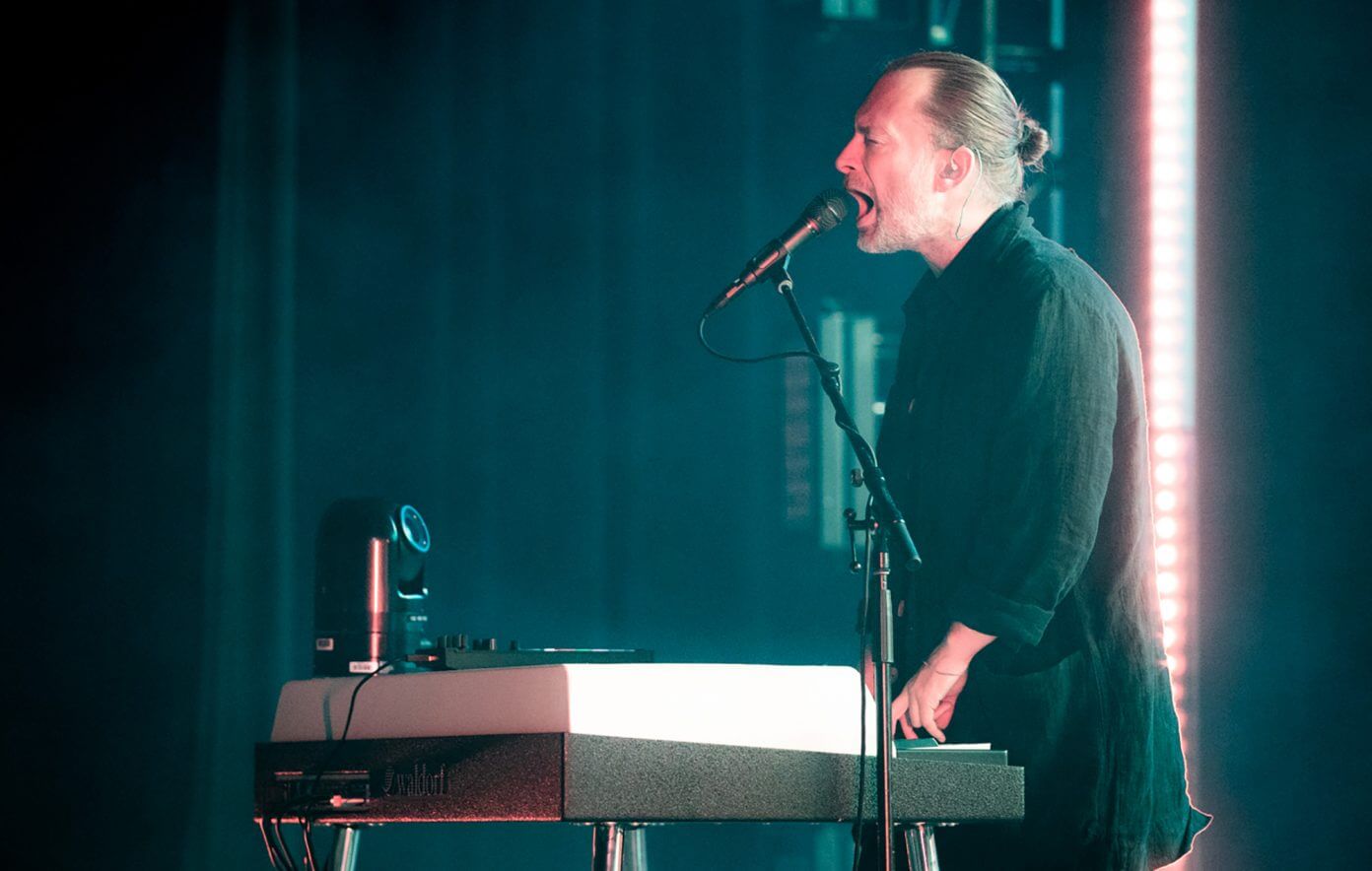 Thom Yorke has officially released a remix of Radiohead’s “Creep” that he produced for a Japanese fashion show earlier this year.

“Creep (Very 2021 Rmx)” sees Yorke slow down the acoustic version of the track significantly, stretching it out from just under four minutes to nine minutes, and add synths.

The track arrives with a music video animated by Jun Takahashi. Listen to the remix below:

The “Very 2021” remix of “Creep” was first premiered during Takahashi’s UNDERCOVER 2020-2021 autumn/winter collection Creep Very back in March.

Earlier this year, Yorke debuted a new project, The Smile, along with Jonny Greenwood and Sons Of Kemet drummer Tom Skinner. The singer also said it’s “a collaboration with Nigel Godrich,” Radiohead’s long-term producer. The three-piece performed for the first time at Glastonbury’s Live At Worthy Farm livestream in May.

from UNCUT https://ift.tt/3xBF4nr
via IFTTT