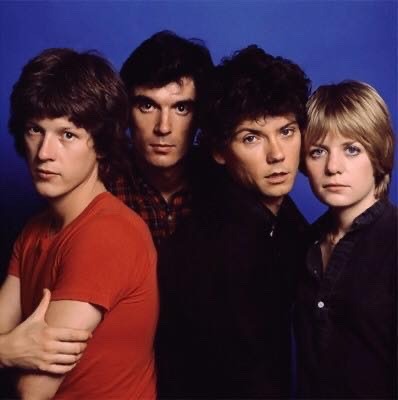 via The Real Mick Rock https://ift.tt/dSLz1Rf

Dennis Bovell joins Classic Album Sundays founder Colleen ‘Cosmo’ Murphy on Monday June 13th at 7pm BST at Brilliant Corners in London to look back at his incredible career and his new compilation The DuBMASTER: The Essential Anthology which charts Dennis’ career from the Seventies up to the present day.

Dennis Bovell remains a pioneering artist and popular mainstay in both music and culture. Widely regarded as Britain’s reggae maestro, with a 40 year career that spans a number of musical eras and genres, his new anthology will celebrate both his unique ear for music, which continues to incorporate a rich array of references, as well shining a light on his unique sound that is still so loved by his legion of loyal fans from across the globe.

The event will feature elected tracks from the Anthology played on our world class audiophile sound system.

Included in the ticket price will be a handmade Tuna or Vegan sushi roll. Please email contact@classicalbumsundays.com which you choice.

All this month, Donald Macleod takes a fresh look at this much loved composer as part of Radio 3’s ‘Vaughan Williams Today’ season, celebrating the 150th anniversary of his birth. He’ll unpack Vaughan Williams’ life story in fascinating detail over the course of four weeks and leading authorities on the composer will join him to share their new perspectives. They’ll be exploring some of the overlooked aspects of his life and music, as well as the qualities that have left such an enduring imprint on British cultural life. This week Donald chronicles Vaughan Williams’ life through the years 1914 to 1930.

When War was declared, although he was 42 Vaughan Williams immediately joined up. He was accepted as an ambulance orderly with the rank of private. Throughout the War, wherever he was posted throughout Europe, he made music with anyone and everyone. He spent much of his spare time starting up a singing class, training a choir, getting together whoever was available, whenever they had a break in their duties. Even though he didn’t “compose” during the war years, his own music did stir. He said of his 3rd Symphony, “a great deal of it incubated when I used to go up night after night with the ambulance wagon at Ecoivres and we went up a steep hill and there was a wonderful Corot-like landscape in the sunset – it’s not really lambkins frisking at all, as most people take for granted.”

A Cotswold Romance (The Men of Cotsall)
Lord Thou Hast Been Our Refuge
Symphony No 3 “Pastoral Symphony” – IV. Lento
Motion and Stillness (4 Poems by Fredegond Shove)
‘Four Nights’ and ‘The New Ghost’ (4 Poems by Fredegond Shove)
The Lark Ascending
O Clap Your Hands
Concerto Accademico
Piano Suite in G Major (excerpt)
Mass in G minor
In Windsor Forest (Falstaff And The Fairies)
The Pilgrim’s Progress – Act IV Scene 2 “The Shepherds of the Delectable Mountains’ (excerpt)
The Pilgrim’s Progress – Act III Scene 1 “I buy the truth!” (excerpt)
Riders to the Sea (Where is she?)
Riders to the Sea (They are all gone now)
Job – A Masque for Dancing (excerpt)
Valliant for Truth
Old King Cole
Sancta Civitas
Merciless Beauty, Three Rondels by Geoffrey Chaucer
Flos Campi
O vos omnes
Job – A Masque for Dancing
3 Poems by Walt Whitman (Nocturne)
3 Choral Hymns
Sir John in Love (excerpt)

For full track listings, including artist and recording details, and to listen to the pieces featured in full (for 30 days after broadcast) head to the series page https://ift.tt/fZYJD42

And you can delve into the A-Z of all the composers we’ve featured on Composer of the Week here: https://ift.tt/w7RpCET

from Composer of the Week https://ift.tt/zIJPopT
via IFTTT