Daniel Miller’s Mute Records has been going for 35 years and is one of the few remaining indie labels that launched in the 70’s. Daniel inadvertently founded the label when he released his own production “T.V.O.D.” / “Warm Leatherette” under the name The Normal. Here he reveals why he loves Krautrock and his favourite five albums from the genre to Classic Album Sundays.

There are certain albums that I keep going back to. Some I have been listening to for nearly 50 years, others I’ve bought fairly recently. I don’t listen to music when I’m painting; I was the sort of kid who could never do his homework when the TV was on, so listening to music is a very discrete thing. Here goes … 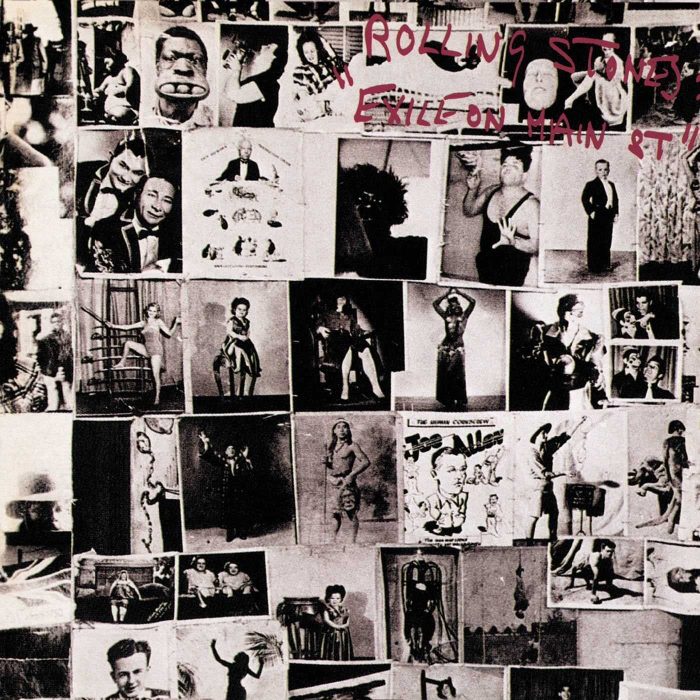 “I’ll admit the Marseilles Chateaux basement and the accompanying apocryphal hedonistic stories seduce me, but this album rocks like a motherfucker. Side 4 ‘All down the line’ makes me feel 21 again, every time!” 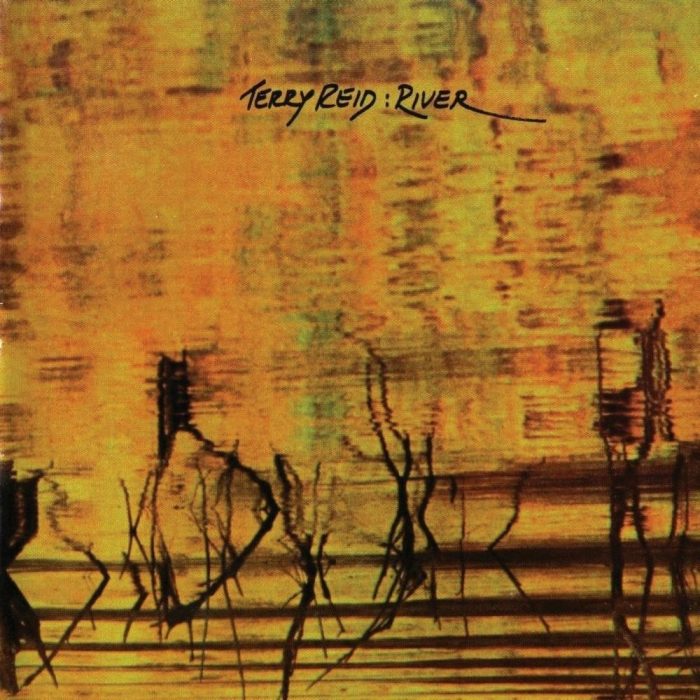 “I first heard this in 1974, the year it was released, at our college band’s drummer’s mate’s house in Southampton. I was transfixed. I generally only listen to the first side, mainly because it has Conrad Isidore on drums, Lee Miles on bass, and especially David Lindley on guitar. Together with Reid’s soaring, soulful, and totally incomprehensible vocals it is the funkiest thing ever.” 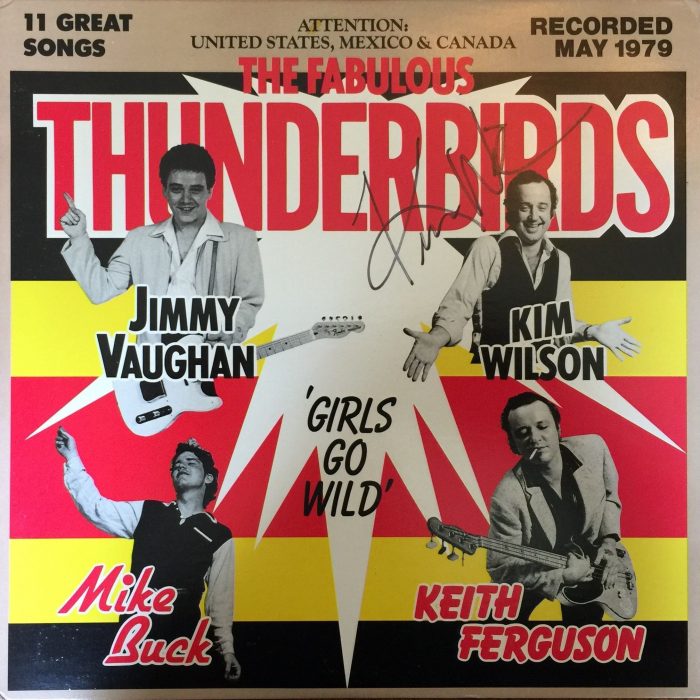 “Here in the UK, this release is known as ‘the first Fabulous Thunderbirds’ album, but it is in fact a compilation of their first two US releases on the Tacoma label. I love the Fabulous Thunderbirds, especially this early incarnation. The whole vibe is one of total rhythm. Jimmy Vaughan is, to my mind, second only to Billy Gibbons (ZZ Top) for guitar tone. The drums and bass groove effortlessly along and harp player / vocalist, Kim Wilson, makes it sound easy. I play some of these songs in my four-piece Blues band, Blues2Go, and make believe we are the Fabulous Thunderbirds!” 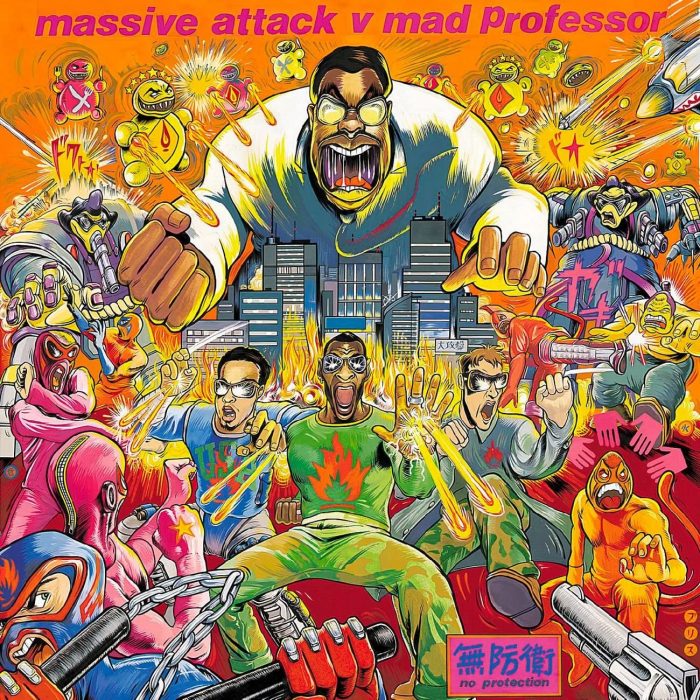 “I had never heard a Massive Attack record but I was aware of The Mad Professor and his Ariwa record label. This album is a musical match made in heaven. The Bristol trip-hop trio’s material seems to have been created so The Prof could send it ever further into the left field.” 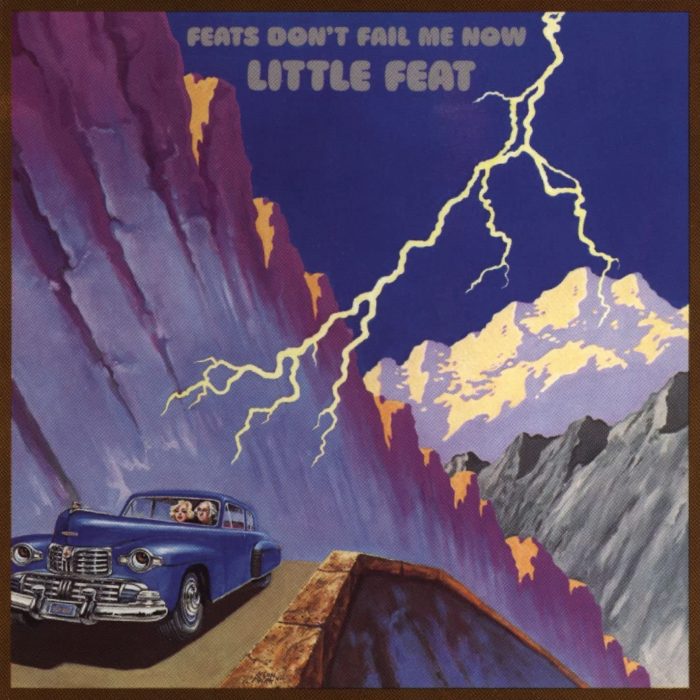 “Undoubtedly the best concert I have seen in my life was by Little Feat at the Birmingham Odeon 1976 (the second was either Sharon Jones & The Dap Kings in Barcelona in 2012 or Husker Du in Los Angeles in 1985). How six people could meld together and make such a joyous sound was both awe-inspiring and inspirational. This was the album they were promoting at the time and they played most of it. The album is nowhere near as good as I remember the concert being, but the syncopation is there, the funk is there, the rock’n’roll is there, and so is Lowell George’s slide guitar!”

As Cuban revolutions go, it was an entirely peaceable uprising – but Buena Vista Social Club’s impact could not have been more profound.

It was one of those rare records that transcended the vagaries of fad and fashion to sound timeless but utterly fresh. Once you heard it, you had to have a heart of stone not to be swept away by the music’s romantic impulses and uninhibited exuberance.

Listen: Gilles Peterson On His Favourite Lockdown Albums at Classic Albums at Home

Check out this playlist of music that inspired the album including Olga Guillot, Beny More, Celia Cruz and many more.

Spawning the solo careers of Lauryn Hill and Wyclef Jean, the impact the Fugees had on the 90s mainstream was immense. They were one of few groups to rap about what their life was really like, showing not every hip-hop artist is a gangster from the hood.

Check out this playlist of music inspired by the album featuring Mary J Blige, Pras, Nas, Erykah Badu, Goapele and many more.

Read: The Story of Fugees ‘The Score’

CAS The Avalanches ‘Since I Left You’ Musical Leadup Playlist

Since I Left You was created using more than 3500 samples and original music but it is no cloyed nostalgia trip. Pieced together humbly by Aussies who are probably telling you the truth when they say they listen “to a little bit of everything.”

Read more: The Story of The Avalanches ‘Since I Left You’

Listen: The Avalanches ‘Since I Left You’ Legacy Playlist

The post The Avalanches ‘Since I Left You’ Musical Leadup Playlist appeared first on Classic Album Sundays.

Our final event for National Album Day saw us joined by Sonic Youth founding member Thurston Moore celebrating 30 years since the release of Daydream Nation at The John Peel Archive in Stowmarket.

Sonic Youth have been praised for having “redefined what rock guitar could do” using a wide variety of unorthodox guitar tunings and preparing guitars with objects like drum sticks and screwdrivers to alter the instruments’ timbre. The band is considered to be a pivotal influence on the alternative and indie rock movements.

CAS Sister Sledge on ‘We Are Family’

Sister Sledge join Colleen ‘Cosmo’ Murphy at Kings Place as part of the ‘Venus Unwrapped’ series to discuss their iconic We Are Family album.

We Are Family is one of the most iconic dance albums of all time and is celebrating its 40th anniversary this year. Its title track is an enduring classic that has resounded at key life moments with people from all backgrounds. Debbie Sledge and Kim Sledge join Classic Album Sundays founder/broadcaster Colleen ‘Cosmo’ Murphy to look back to the creation of the album that also includes hits He’s the ‘Greatest Dancer’, ‘Lost in Music’, and ‘Thinking of You’ and to the greater cultural context of disco and it’s legacy. The session will also feature a vinyl replay of the Chic-produced album immersing fans in some of the most joyous sounds of the Seventies.

Watch: An Evening with Joey Negro at Classic Album Sundays

The post Sister Sledge on ‘We Are Family’ appeared first on Classic Album Sundays.

The two albums not only celebrate his self-acclaimed Afrobeat style but also marked two pivotal moments in his life and dedication to politics and social issues.

You can now hear the full show below!

KT Tunstall tells the story behind one of her favourite records, ‘Graceland’ by Paul Simon. As part of our ‘Classic Albums at Home’ programme of online events, KT discusses her own personal recollections of the album and how it influenced her own work.

After the album presentation, we encourage you all to play the entire album from beginning to end, without interruption, on any format available to you. We ask that you follow the Classic Album Sunday listening guidelines: turn off our phone, refrain from conversation and give yourself over to the music.

Watch: KT Tunstall on ‘Eye to the Telescope’ at Classic Album Sundays for National Album Day

We all need to look after ourselves during these challenging times and music can help. Listening to music can improve memory, aid healing, alleviate pain, decrease stress and more. With that in mind, we have created a weekly program of online events to ease anxiety, educate, connect and have fun!

Welcome to Classic Albums at Home.