Peter Watts The Damned reunited: “We make an explosive sound together” 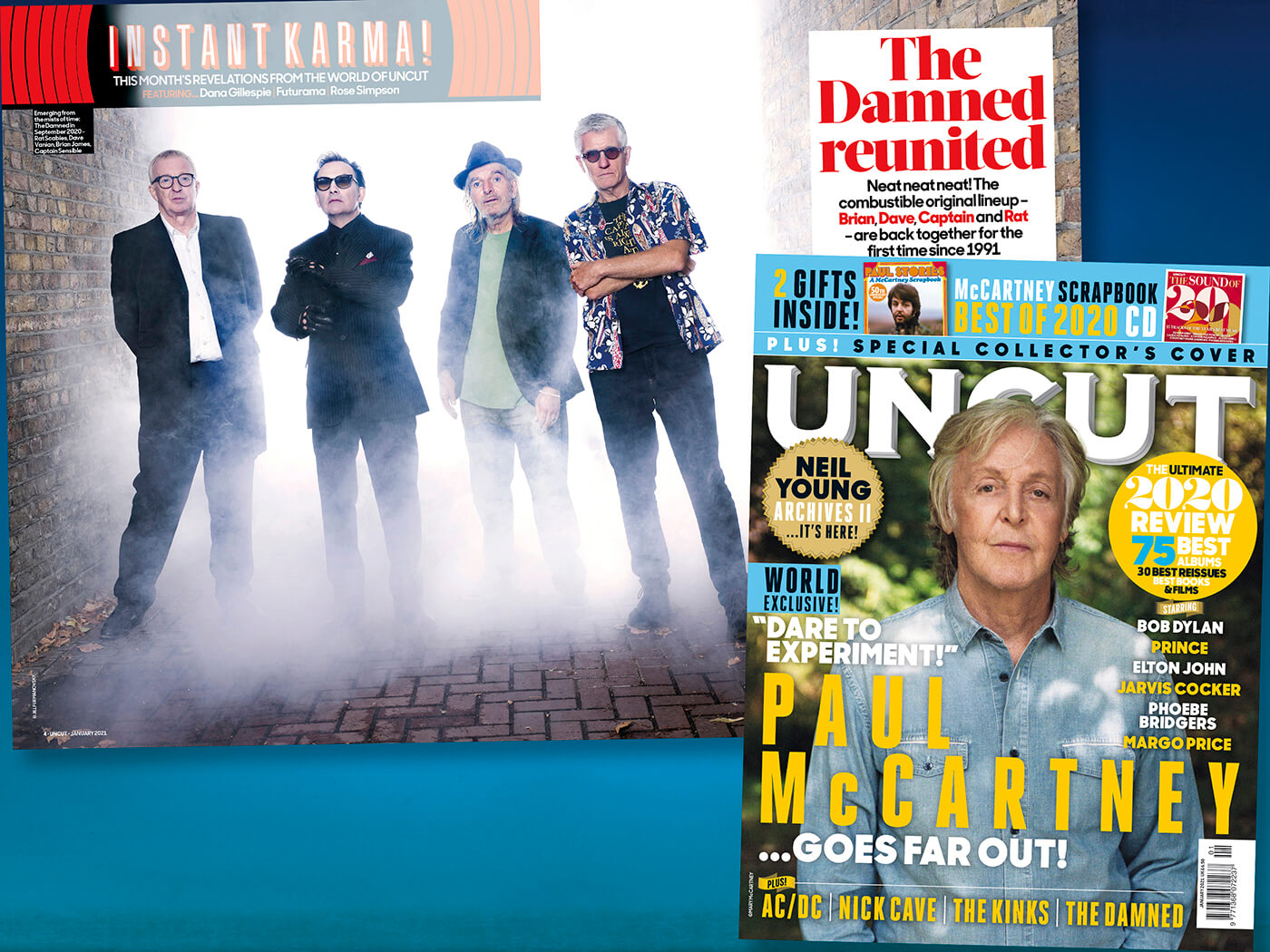 Last year, Dave Vanian admitted to Uncut that a reformation of the classic Damned line-up was unlikely, describing the relationship between fellow original members Captain Sensible and Rat Scabies as a “powder keg”. But it seems that the fuse has been re-lit, with the foursome announcing a reunion tour for July next year. In the latest issue of Uncut – in shops now, or available to buy online by clicking here – all four original Damned members tell Peter Watts why they decided the time was right to get back together.

“Everybody wants to do it and life is too damned short,” says Dave Vanian. “This band was always very exciting. It’s an incredible mix and one that works very well. It wasn’t just that I wanted us to play together, I thought we should play together. For the fans and because Brian James doesn’t get enough credit. He wrote a great album [1977 debut Damned Damned Damned] and we played on it. That combination made it what it was.”

Brian James still seems slightly shocked that the reunion is happening. He left The Damned in 1978 and rejoined a decade later for a couple of short tours, the second of which ended badly – he thinks his final performance with The Damned took place in Washington in 1991.

Then, early in 2020, he was called by The Damned’s manager, who said matters had been settled between Sensible and Scabies. In September, the four reunited for a photo shoot. “There may have been a slight frostiness in the air between Rat and Captain, but that soon seemed to disappear,” says James. “It always seemed silly to me for grudges to be held. I’m hoping the spark will still be there. It’s the spark that made me and Rat get together in the first place when we were in London SS. That spark still exists, it really does. Some people you play with, it’s like time stands still.”

Adds Captain Sensible: “We make an explosive sound together and I wanted to hear it again myself, to be quite honest.”

You can read the full interview with The Damned in the January 2021 issue of Uncut, out now with Paul McCartney on the cover.

The post The Damned reunited: “We make an explosive sound together” appeared first on UNCUT.

from UNCUT https://ift.tt/3mdkAvT
via IFTTT 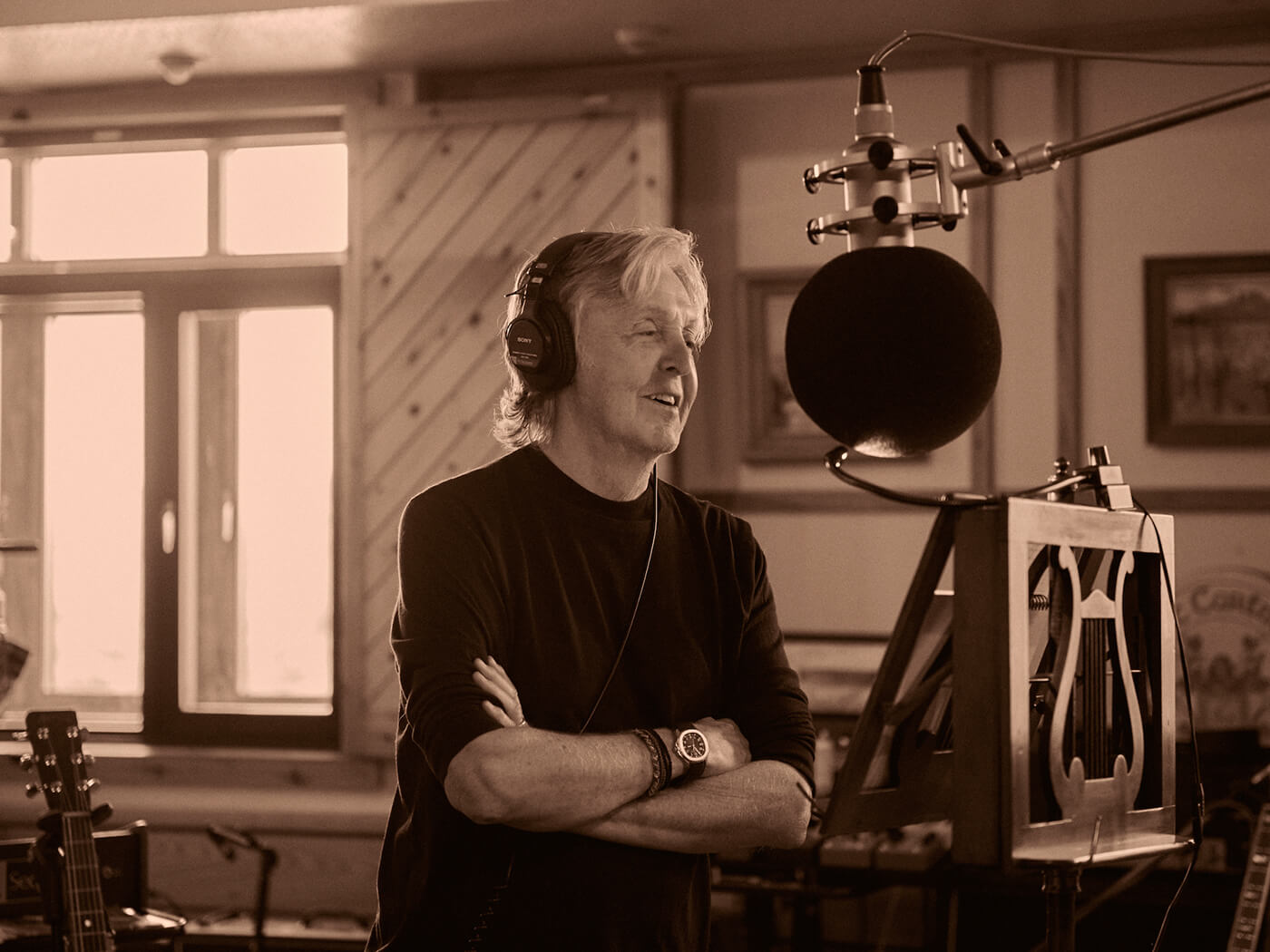 Paul McCartney has been forced to delay the release of his hugely anticipated new “all Paul” album McCartney III because of “unforeseeable production delays”.

The album will now be released on December 18. In the meantime, you can watch a new trailer for McCartney III below, featuring an excerpt of the album track “The Kiss Of Venus”.

McCartney III is available for pre-order in multiple formats here. You can also now pre-order the McCartney III songbook, featuring piano/vocal/guitar arrangements of all the songs from the album.

You can read much more about McCartney III in the current issue of Uncut, featuring an exclusive interview with Macca himself. Find it in UK shops now, or order a copy online by clicking here. 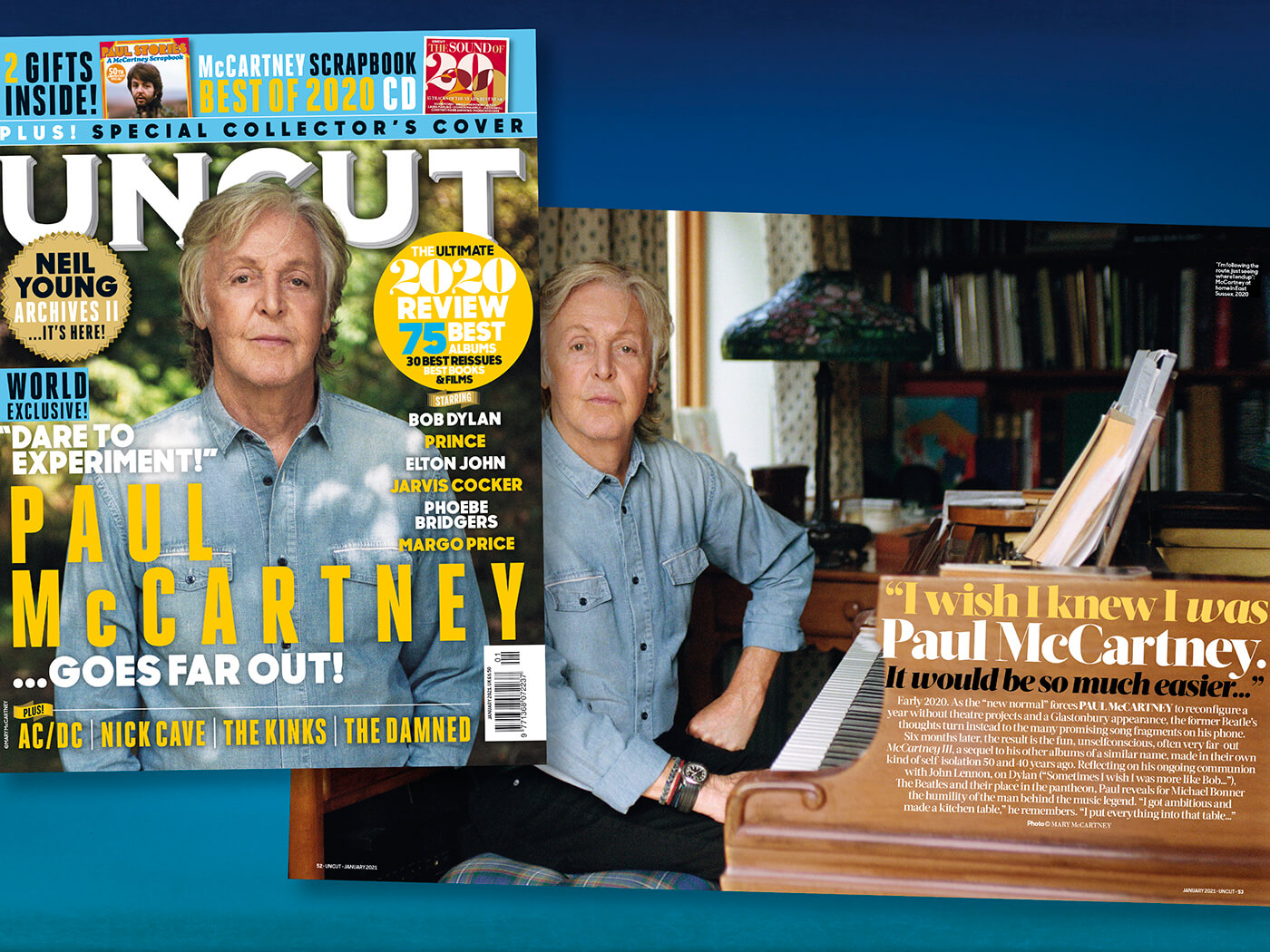 from UNCUT https://ift.tt/3q1Hh8E
via IFTTT 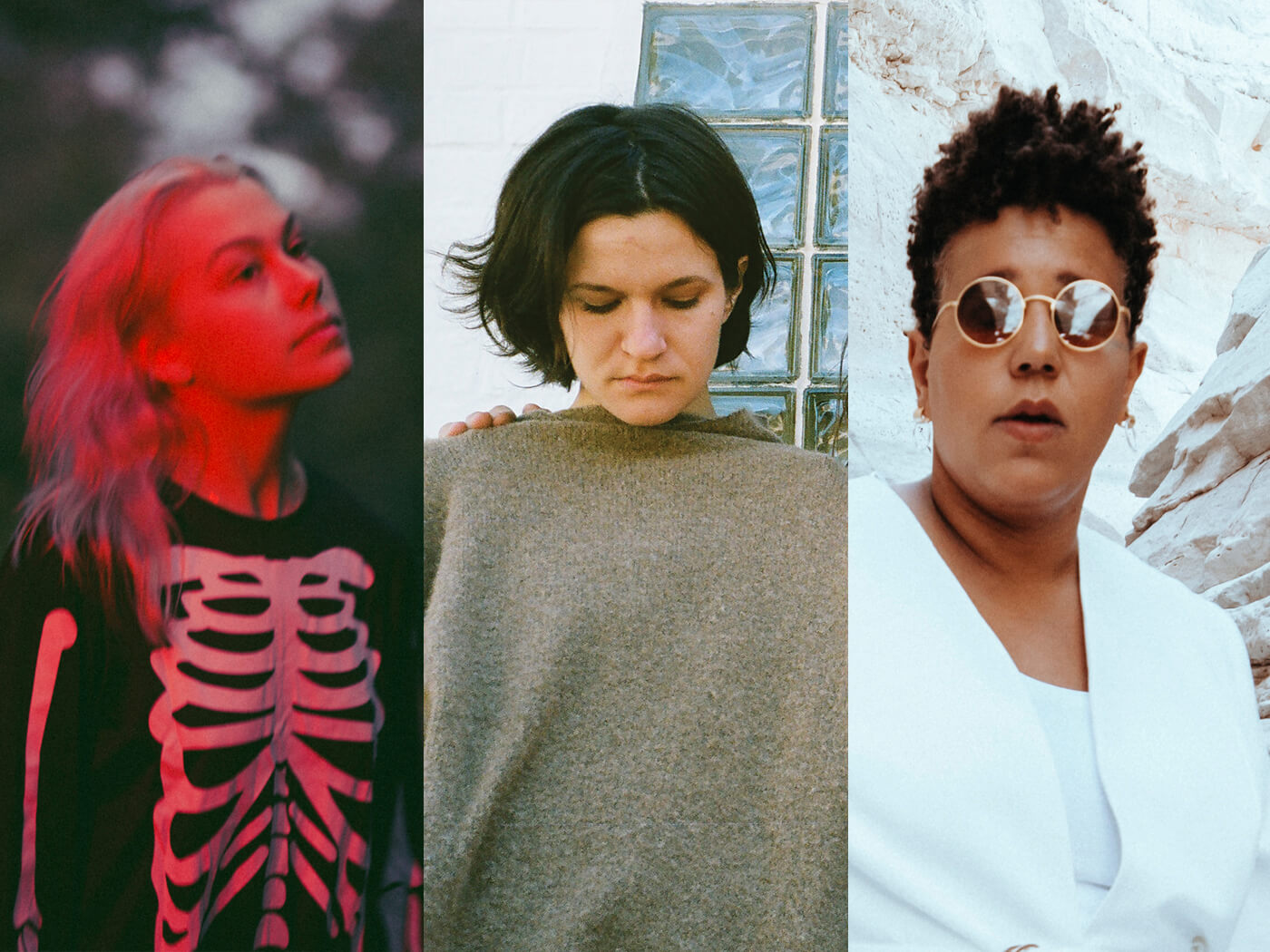 Brittany Howard, Big Thief and Phoebe Bridgers have been nominated in multiple categories for the 2021 Grammy Awards. The ceremony will take place on January 31, hosted by Trevor Noah.

Her other nomination is in the Best Rock Performance category, as part of an all-female (or female-fronted) shortlist that also includes Fiona Apple, Big Thief, Phoebe Bridgers, Haim and Grace Potter.

Fontaines DC’s A Hero’s Death has been nominated for Best Rock Album, alongside efforts by Michael Kiwanuka, Grace Potter, Sturgill Simpson and The Strokes. 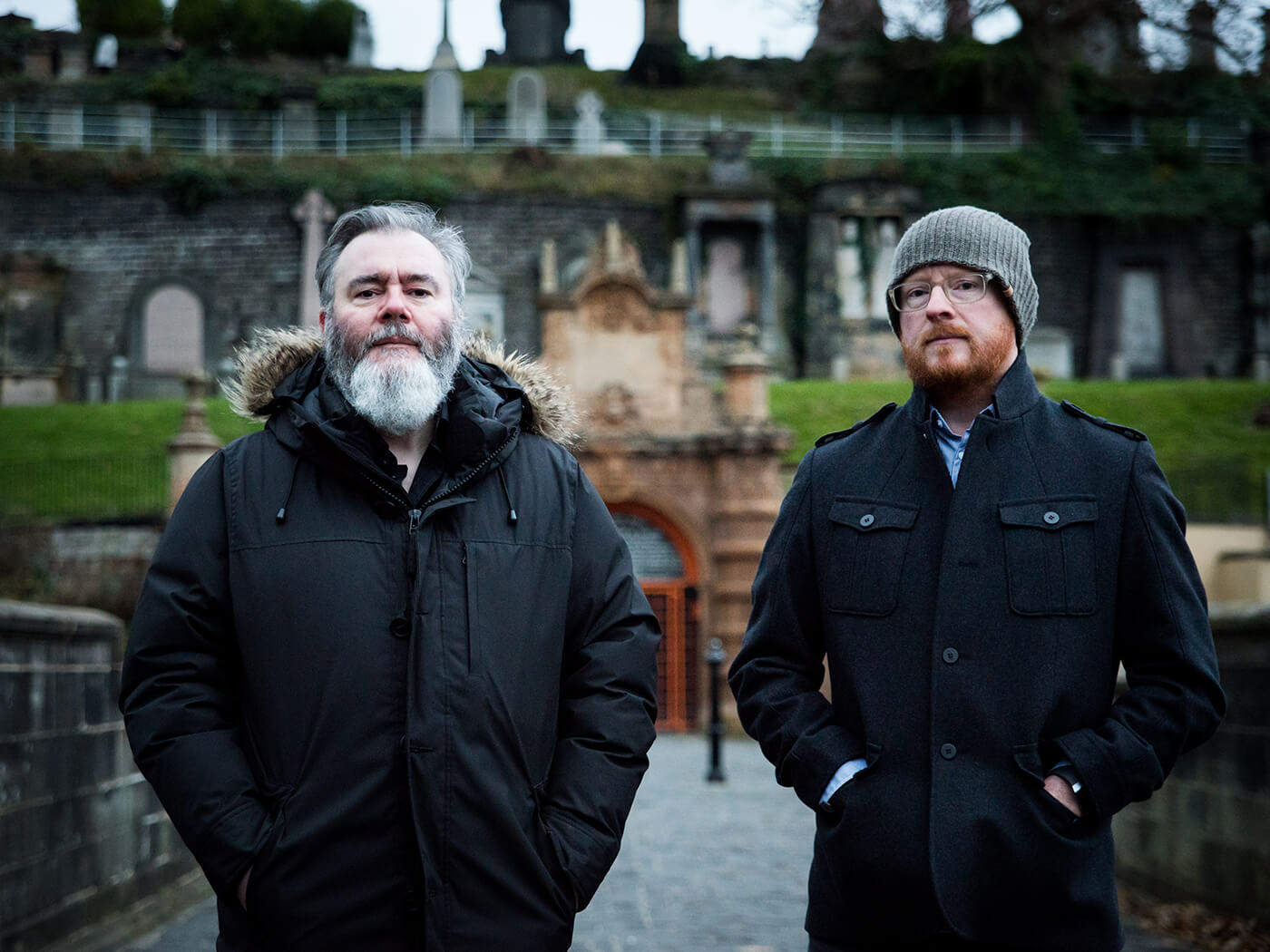 Following last year’s comeback single “The Turning Of Our Bones”, Arab Strap have announced their first album in 16 years.

As Days Get Dark will be released by Rock Action on March 5. Watch a video for new single “Compersion Pt.1” below:

“It’s about hopelessness and darkness,” says Aidan Moffat, of the new album. “But in a fun way. It’s definitely Arab Strap, but an older and wiser one, and quite probably a better one.”

“We’ve had enough distance from our earlier work to reappraise and dissect the good and bad elements of what we did,” adds Malcolm Middleton. “Not many bands get to do this, so it’s great to split up.”

Arab Strap have also announced a UK tour for September (dates below). Tickets go on sale on Friday from the band’s official site.

from UNCUT https://ift.tt/361KBIY
via IFTTT 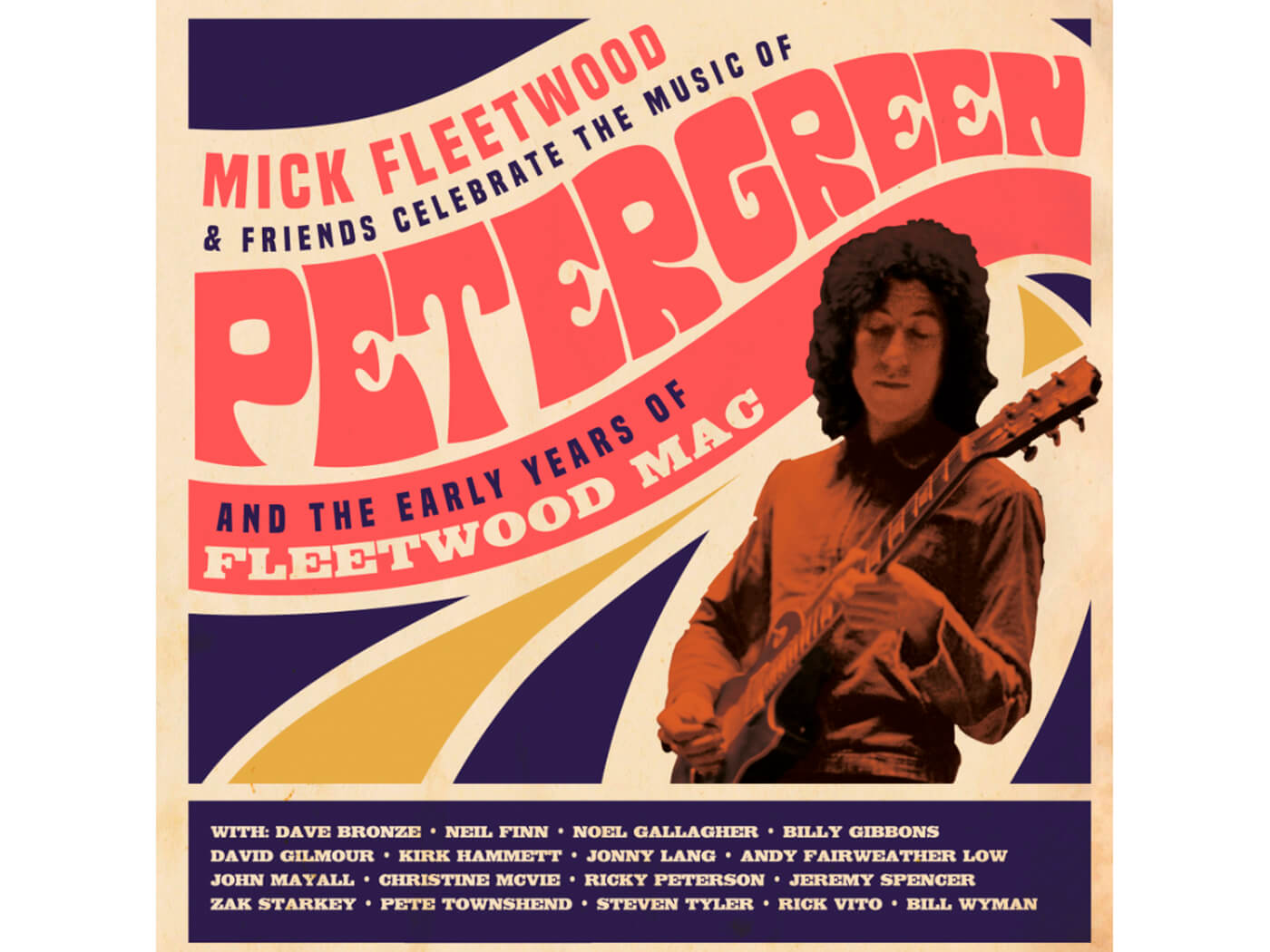 More details of the cinema release will be revealed in due course, but for now you can watch the official trailer below:

Mick Fleetwood & Friends Celebrate The Music Of Peter Green And The Early Years Of Fleetwood Mac will also be released on Blu-Ray+2xCD+4xLP, Blu-Ray+2xCD and 4xLP formats on April 30. You can pre-order those and peruse the full tracklisting here.

from UNCUT https://ift.tt/2HvaXJF
via IFTTT 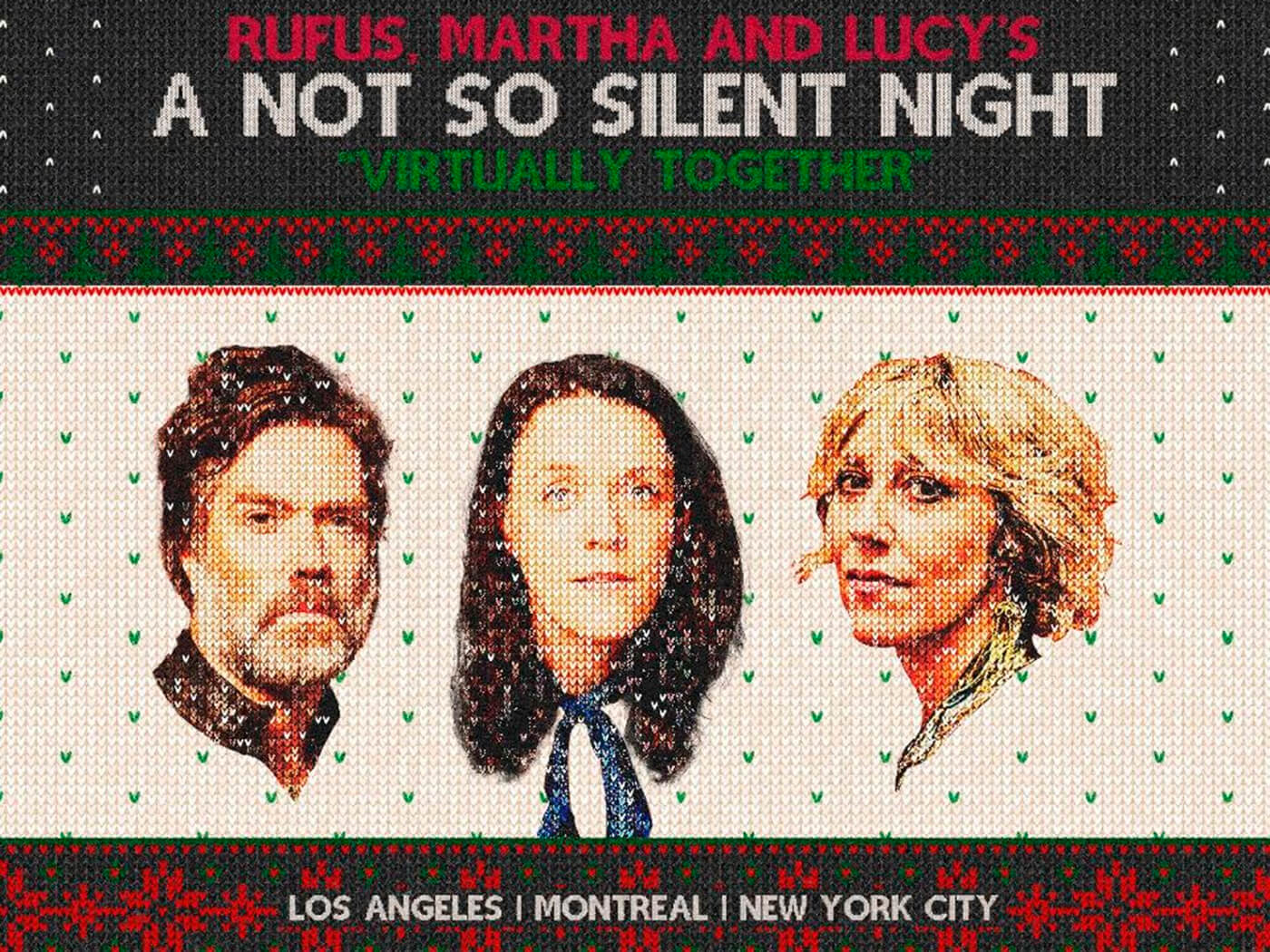 Rufus, Martha and Lucy Wainwright have announced details of their annual Christmas show, A Not So Silent Night.

Unsurprisingly, this year’s event will take the form of a livestream, with each Wainwright sibling performing virtually from LA, Montreal and New York respectively.

As usual, they will joined by many members of their extended family, including Loudon Wainwright III, Suzzy Roche and Jane and Anna McGarrigle.

A Not So Silent Night – Virtually Together will stream live on Veeps.com on December 20 at 12pm PST / 3pm EST / 8pm GMT, although it will be available for purchase and stream until January 6.

Tickets are on sale now here. The concerts will benefit the Kate McGarrigle Fund, a collaborative program from Stand Up To Cancer (SU2C) and the Kate McGarrigle Foundation that aims to provide music therapy resources to cancer patients with a passion for music, as well as much-needed funds for sarcoma research.

from UNCUT https://ift.tt/35XdMN8
via IFTTT 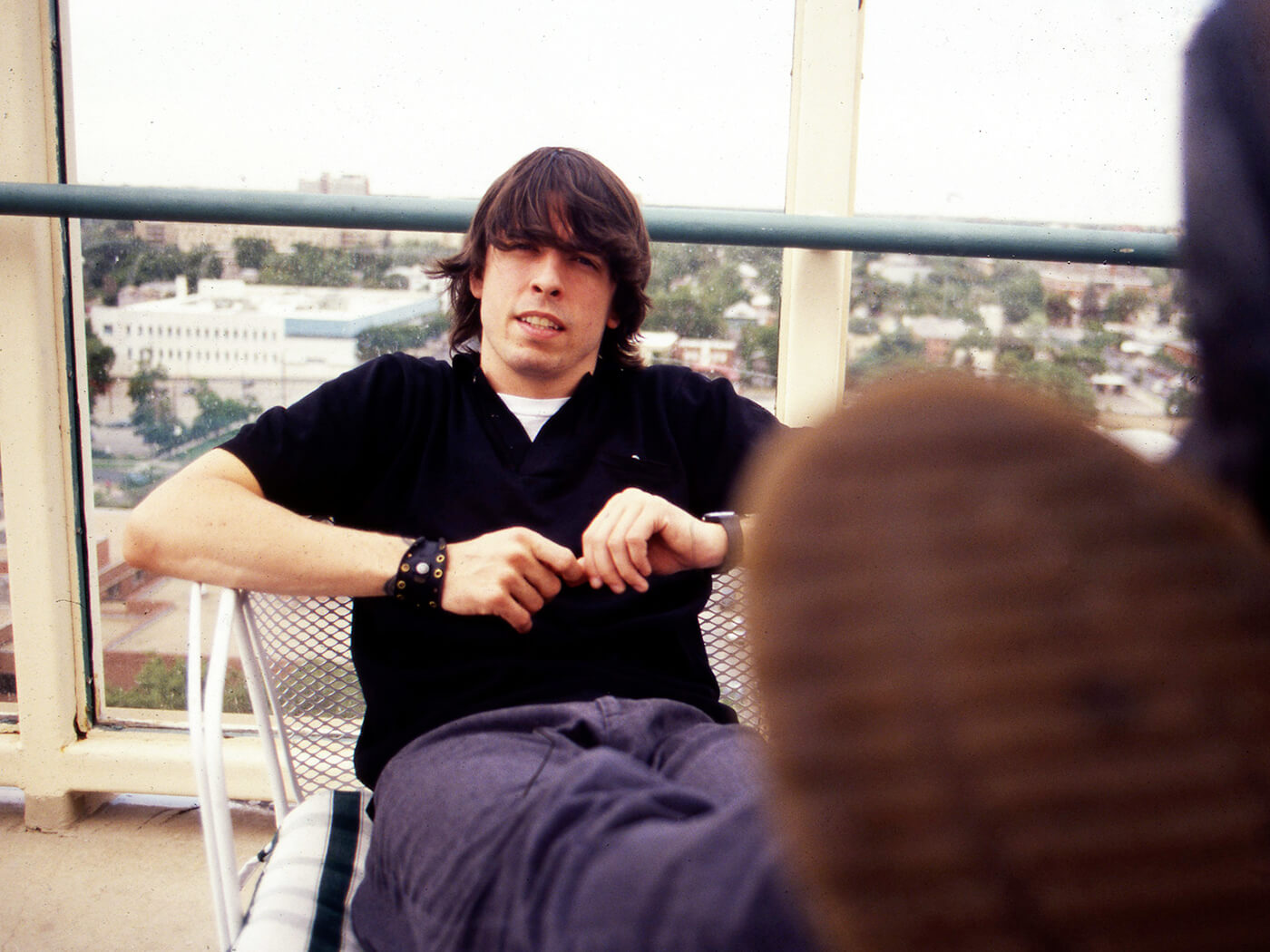 As previously reported in Uncut, Foo Fighters have a new album – Medicine At Midnight – coming on February 5.

But before that, they decided to mark their 25th anniversary by getting together and laughing at some old band photos. Marvel at Dave Grohl’s short hair, Taylor Hawkins’ Madness poses and various other Foos misadventures in the entertaining video below:

from UNCUT https://ift.tt/2HyG2MM
via IFTTT 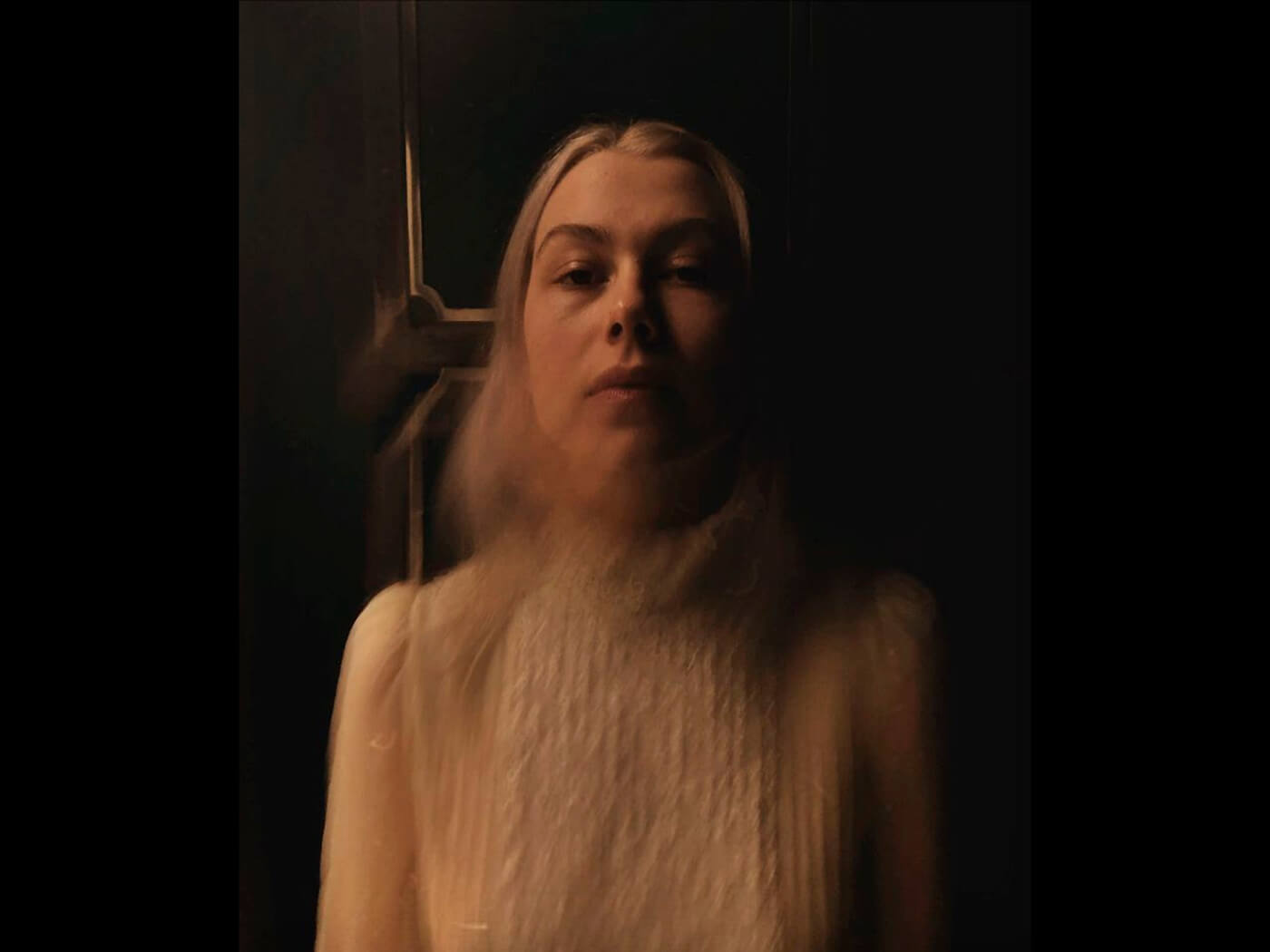 Phoebe Bridgers has released a cover version of Merle Haggard’s 1974 song “If We Make It Through December”.

All proceeds from sales and streams of “If We Make It Through December” will go directly to Downtown Women’s Center, an organisation in Los Angeles focused on serving and empowering women experiencing homelessness.

Pick up the latest issue of Uncut to find out where Phoebe Bridgers’ Punisher figures in our end-of-year charts, and to read a candid and highly entertaining interview with the singer-songwriter about her meteoric rise. It’s in shops now or you can order a copy online by clicking here.

The post Hear Phoebe Bridgers sing “If We Make It Through December” appeared first on UNCUT.

from UNCUT https://ift.tt/2UQIH7x
via IFTTT 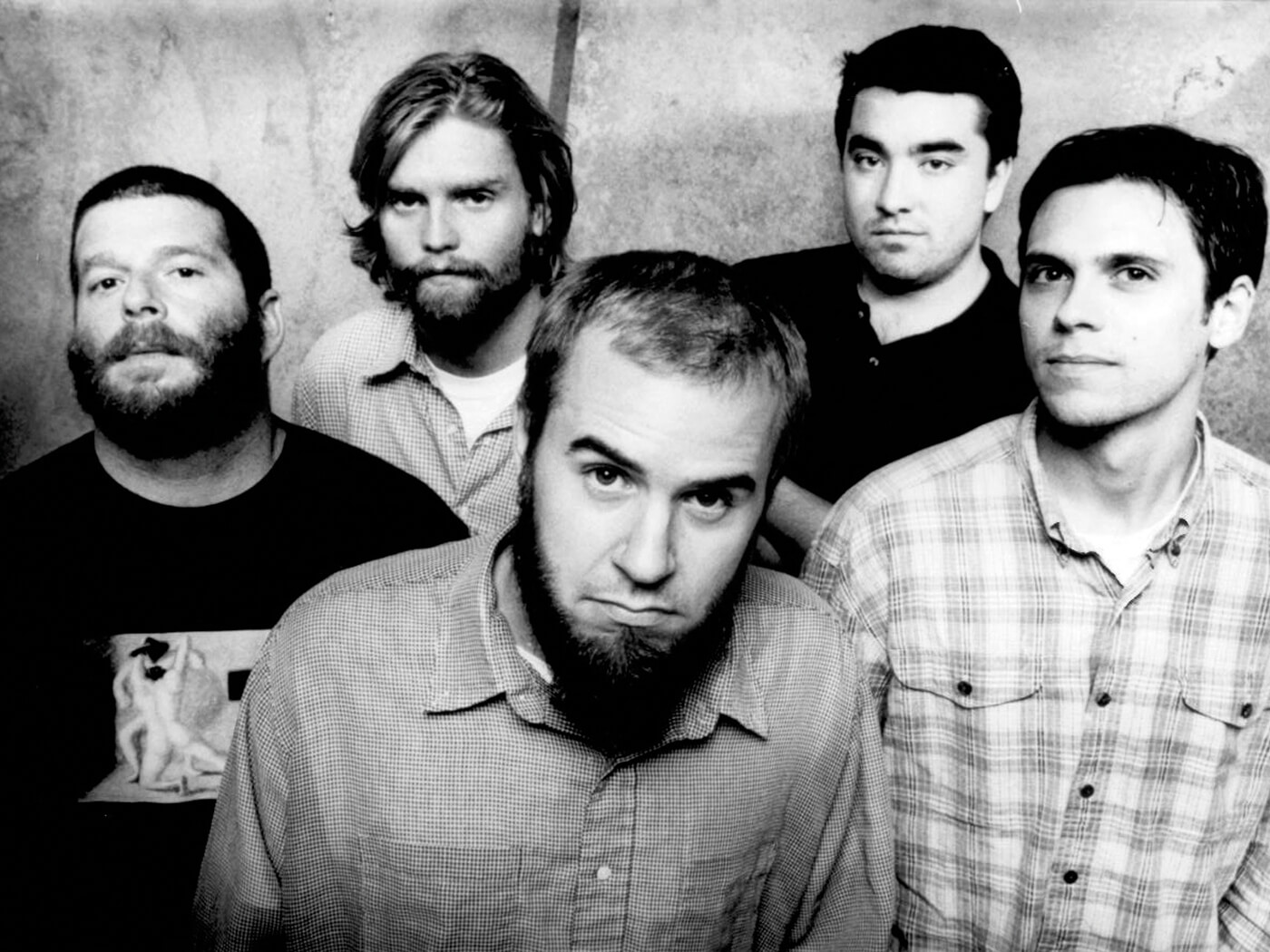 Jason Lytle has always been drawn to the wilderness, but civilisation seems to have a way of drawing him back again. After years in his hometown of Modesto, California, in 2006 he headed to Montana for the best part of a decade, before relocating to Portland, then Modesto again and now Los Angeles.

When Uncut speaks to the songwriter, he’s out in the wilds again, having left the smoke and traffic of Southern California for a camping trip in Idaho. “I’m in the mountains,” he says, “and I’m about to drive further into the mountains today.”

It’s this see-sawing impulse that’s driven the best of Grandaddy’s work, both in sound and in subject matter. In their finest songs, there’s a squabble between man and machine; the purity of the mountains and canyons is contrasted with the sterile disappointment of our urban sprawl, as pianos and guitars mix with synths. If any single Grandaddy record sums all that up it’s The Sophtware Slump, their second record and still their most complete.

If this is where everything came together, it’s fitting that the album’s receiving the vinyl boxset treatment – four LPs, comprising the original record, two discs of rarities and B-sides, and a new recording of the whole album on piano.

The original Slump remains a stunning piece of work, from the stately, warped piano ballads to the fuzzy garage rockers daubed with quivering synth arpeggios. Like many a classic album, it’s all about the feeling, in this case a melancholic and euphoric mood sustained throughout, from the nine-minute chamber-prog opener, “He’s Simple, He’s Dumb, He’s The Pilot”, in which protagonist 2000 Man returns to an Earth that only wants to crush his spirit, to the dystopian closers “Miner At The Dial-A-View” and “So You’ll Aim Towards The Sky”, with a different character uncertainly returning home after years on another planet.

Most of the rarities appeared on 2011’s deluxe CD reissue, but many feature on vinyl here for the first time. The real new draw is 1999’s “Signal To Snow Ratio” EP, which pointed the way to The Sophtware Slump from the grimier, awkward Under The Western Freeway. “Jeddy 3’s Poem” introduces the titular alcoholic robot, and even ends with a snatch of the melody from …Slump’s “Jed The Humanoid”, while “MGM Grand” exorcises the last of their weirder, slacker earlier work; most importantly, the wistful “Protected From The Rain” marks one of the first times Lytle steps back from sabotaging the beauty of his songs with ironic noise or lo-fi quirks, laying the groundwork for “He’s Simple…” or “Underneath The Weeping Willow”.

While the other B-sides and demos can be patchier, they’re still worth having, especially the woozy downer “Wonder Why In LA”, the unhinged math-garage of “N Blender”, and “XD-Data-II”, which is like Side Two of On The Beach drowning in synth malfunctions.

Perhaps the box’s most enticing element is …Slump… on a wooden piano, Lytle’s 2020 re-recording. In many ways it’s a minor revelation: this is no singer-songwriter alone at the keyboard; rather a complete reimagining of the album that reveals new depths. Around the piano, Lytle weaves synths, backing vocals, all manner of effects; he even replicates the snippet of “AM 180” from the original “He’s Simple…”, and uses the same dodgy delay unit for the echoed “dream” on “Miner At The Dial-A-View”. That song’s new incarnation, stripped back and weightless, tops the full-band original, while “E Knievel Interlude (The Perils Of Keeping It Real)” evolves from a gawky detour into a classy Chopin-esque miniature.

The simplicity of the newly streamlined “Jed The Humanoid” enhances its plaintive power – could anyone but Lytle make a song about the booze-assisted suicide of a neglected robot so deeply affecting? Elsewhere, “The Crystal Lake”, “Chartsengrafs” and “Jed’s Other Poem (Beautiful Ground)” each reveal new caverns of heartbreak that are only partially explored on the originals. Only Lytle’s deconstructed take on “Hewlett’s Daughter” fails to fully take off.

Though the homemade, sepia textures of The Sophtware Slump have always been crucial to its appeal, this piano version shows that Lytle’s underlying songwriting can more than stand up in a different setting. It might not improve on the original, but it does, by virtue of what it unlocks in these songs, actually improve the original as a listening experience. On release, The Sophtware Slump seemed like a future classic; in 2020, with some of the world’s cities shut down or ablaze, our wildernesses increasingly damaged and the technological Pandora’s box yawning wide, it sounds perfect.

from UNCUT https://ift.tt/391DpOL
via IFTTT