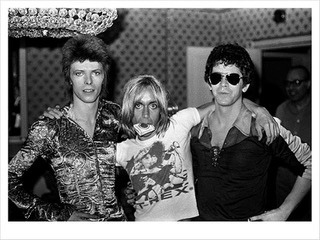 via The Real Mick Rock https://ift.tt/2x6JAAx 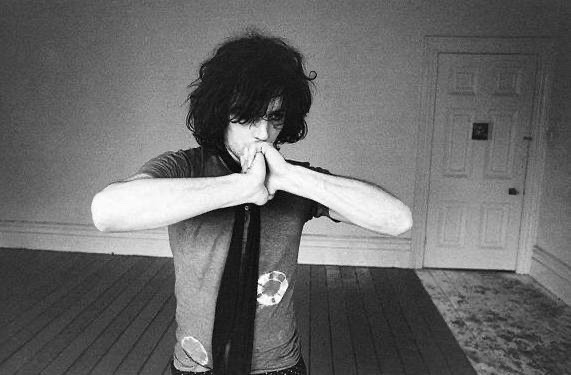 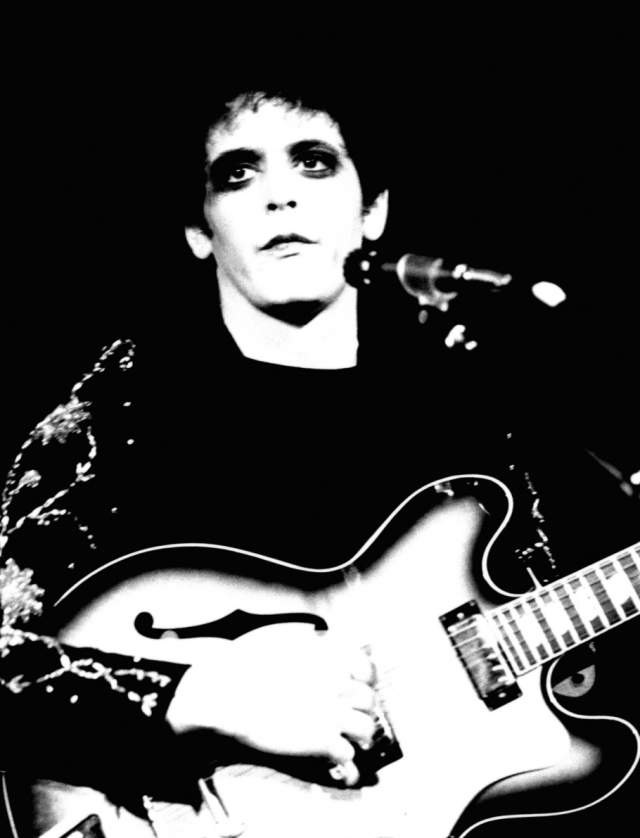 via The Real Mick Rock https://ift.tt/3aD7IJq

Tune into our live streams ‘Classic Albums at Home’ on our Facebook page to be in with a chance of winning a pair of Klipsch T5 True Wireless earphones .

Full info on the streams here. 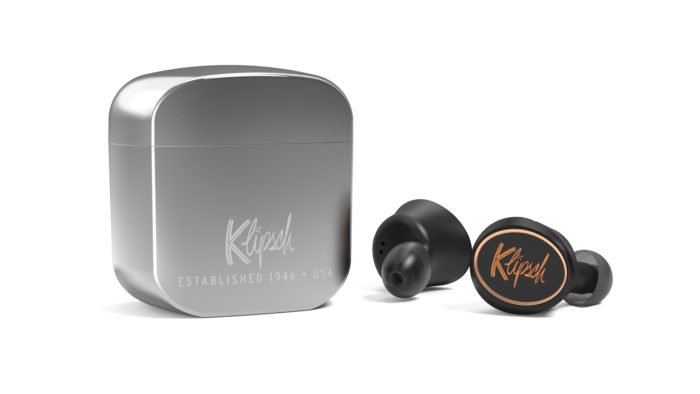 Our Musical-Lead Up playlists are designed to portray the musical environment at the time of our featured album’s creation. This playlist reflects the musical context that surrounded Grateful Dead when they were recording their 1970 album American Beauty which was released hot on the heels of Workingman’s Dead.

Read: The Story of the Grateful Dead American Beauty

On these two albums, the Dead embraced a country-folk-rock sound, in a similar vein to Bob Dylan, and took musical cues from their buddies Crosby Stills Nash & Young. The album also features guest musicians David Grisman from Earth Opera on mandolin, and organist Howard Wales who collaborated with Jerry Garcia on the album Hooteroll?. And Garcia was a very busy boy around this time as he also appeared on CSNY’s Deja-Vu, New Riders of the Purple Sage and Stephen Stills 2.

The Grateful Dead’s influence over contemporary music is far-reaching and sometimes surprising. For instance, Lee Ranaldo of Sonic Youth fame is a Deadhead. The Flaming Lips’ sprawling psychedelic jams certainly evoke the ‘space music’ side of Grateful Dead, whilst the Americana sound of groups like My Morning Jacket give a nod to the country-folk sound The Dead embraced with Workingman’s Dead and American Beauty. And of course, there is Phish!

The National put together the wonderful Dead tribute compilation Day of the Dead, and we have featured some of the covers from American Beauty (and a couple more!) on this playlist. After listening we hope you’ll agree that the Grateful Dead’s musical legacy crops up in astonishing places. Enjoy!

Mark Kimber The Story of the Grateful Dead ‘American Beauty’

At the beginning of the ‘70s the Grateful Dead were on a roll, and with this new found momentum the band were back in the studio within months to record a followup to the celebrated Workingman’s Dead – American Beauty, which would hit shelves on November 1st 1970. Efficiency was once again the focus but this time the Dead found themselves on relatively unfamiliar territory with new engineer Stephen Barncard, brought in to replace regular producer Bob Matthews who was then travelling with the Medicine Ball Caravan tour. The former’s emotional distance from the band contributed to the singular nature of their fifth studio album – as Barncard recalls: “I hadn’t heard Workingman’s Dead, and I wasn’t a Deadhead, really. What was unique about working on American Beauty, and what sets that apart from any of their others, is that all their support people, bless them, were off somewhere else. It was just me and the band. And I think that’s one thing that helped make it what it was.[…] Technically, there was one point of view — mine — not a conflagration of opinions.”

Despite their diminished entourage the Dead’s blossoming friendship with Crosby, Stills & Nash further cultivated their appreciation for Americana infused music on American Beauty. The latter were an overnight success following the release of their debut self-titled album which spawned two top forty singles and peaked at number 6 on the Billboard Top Pop Albums chart before being certified four times platinum. The album was a driving force behind the sea-change which occurred in the late ‘60s, shifting popular music away from loud electric blues and towards introspective folk rock.

The two bands were studio neighbours and consequently their circles overlapped – as drummer Bill Kreutzmann recalls: “The singers in our band really learned a lot about harmonizing [from] Crosby, Stills, Nash & Young, who had just released their seminal album Déjà Vu. Jerry played pedal steel on that record. Stephen Stills lived at Mickey’s ranch… and David Crosby enjoyed partying as much as we did.”

In a similar vein to Workingman’s Dead the band once again wrote with relative concision and not a single song on American Beauty overflows the seven-minute mark. But whereas the former took influence from the electrified country style known as the Bakersfield sound, the latter evinced the elegant major-key melodies and the folksy harmonies of forebears such as Bob Dylan. Despite enjoying a particularly fertile period in their collaboration, Garcia and Hunter decided to open up the songwriting process to allow other members of the band to put forward their own work, resulting in Lesh’s ‘Box of Rain’, Weir’s ‘Sugar Magnolia’, and Pigpen’s ‘Operator’ – his sole singer-songwriter contribution to a Grateful Dead album.

The band also welcomed David Grisman into the fold: a mandolinist who had played in the short-lived psych band Earth Opera and would appear prominently on album highlights such as ‘Friend of the Devil’ and ‘Ripple’. Session musician Howard Wales and jazz pianist Ned Lagin also visited Wally Heider Studios for supplementary support on songs such as ‘Candyman’, ‘Truckin’’ (the highest charting single the Dead had released thus far) and ‘Brokedown Palace.’

American Beauty contains some of the Dead’s most highly regarded material, its songs reflecting both the turmoil of the band’s professional life and the wider sense of confusion following the sharp decline of the ‘60s social revolution. Robert Hunter’s lyrics eloquently depict sentiments which would connect with so many of the Dead’s ardent followers. On the particularly poetic ‘Ripple’, written in London in the same afternoon as ‘Brokedown Palace’ and ‘To Lay Me Down’, he muses on the relationship between writer, performer and listener, underlining music’s ability to offer guidance and comfort in times of stress and loneliness. The meandering tone of the music, written by Garcia and featuring the tremulous swell of Grisman’s mandolin, evokes the timeless image of the open American highway, carrying its passengers from one state to another.

‘Friend of the Devil’ (originally written for the New Riders of the Purple Sage) plays with gothic outlaw iconography to express the idea that, try as you might, that same road won’t help you outrun your demons for long. And ‘Box of Rain’, written by Hunter in collaboration with Lesh, deals with the latter’s father’s losing battle with cancer. According to writer Dennis McNally as Lesh drove out each day to visit his dad at the nursing home, “he would sing ‘Box of Rain’ and cry the sweet tears that come when you truly cherish someone you must lose.” This song was the last to be played at the final Grateful Dead concert on July 9, 1995, at Soldier Field in Chicago.

Upon its release American Beauty was considered a resounding success both critically and commercially. In his review for Rolling Stone Andy Zwerling notes that “A complete contentment shines through the vocal work on this album. A full contentment. The instrumentation is rich with sound that moves through, under, and into the listener. Damn it all, the album is American beauty, of the best possible kind. The positivity of the Dead just can’t be kept down.”

Whilst not quite matching Workingman’s Dead’s position at number 27, the album peaked at 30 on the Billboard Pop Albums Chart just months after its predecessor, in January 1971. It kicked off a period of increasing financial fortune for the band which culminated in 1987 with the release of In The Dark: their twelfth studio album which hit its peak at number 6 – the Dead’s sole Top Ten LP release. Justifying the band’s new direction, Garcia quipped: “For me, it was one of those things where I didn’t want to spend the rest of my life making records that are too f–ing weird for anybody to listen to.”

American Beauty completed a two album set that capped off one of the finest periods in the band’s extensive discography. Today its remembered as one of their finest records and considered a cornerstone of their transition from an oblique live band to one of the songwriting powerhouses of the 1970s. The Dead would not stop seeking new ways to reinvent themselves but the solid foundations of their fifth studio offered a firm foothold no matter which way they jumped. As Garcia reflected: “It has some of the first things I’ve written, and that we’ve performed as a band, that in my opinion are genuinely beautiful.

The post The Story of the Grateful Dead ‘American Beauty’ appeared first on Classic Album Sundays. 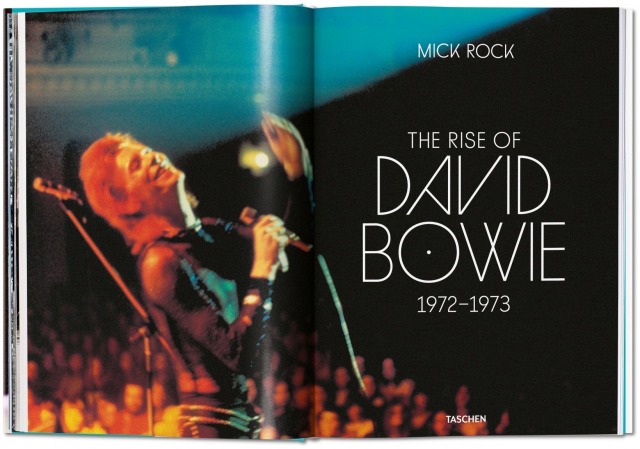 via The Real Mick Rock https://ift.tt/2V3HUjp 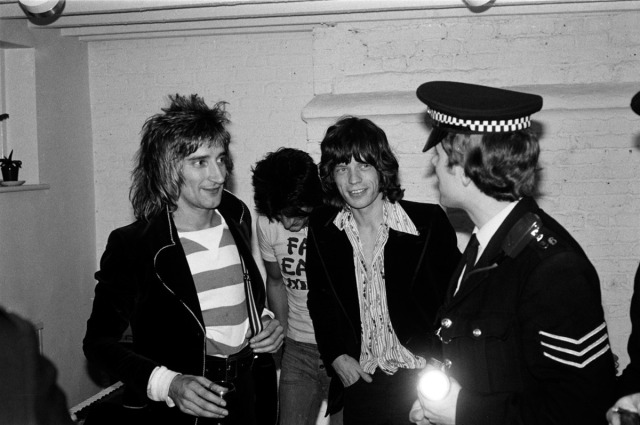 via The Real Mick Rock https://ift.tt/2UspGIV