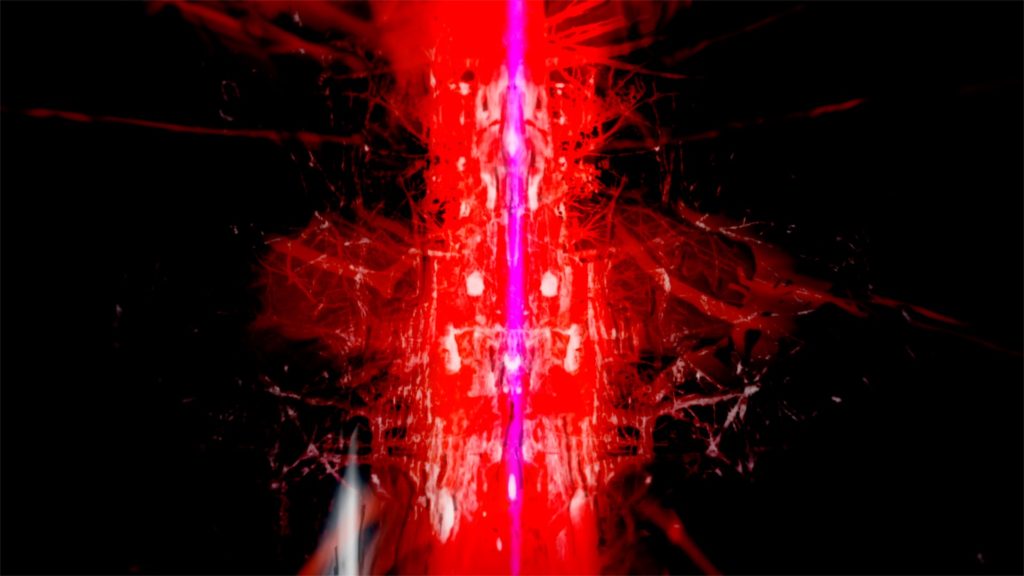 Mick Jagger and Andy Warhol having a chat at Windows On The World – NYC, 1978 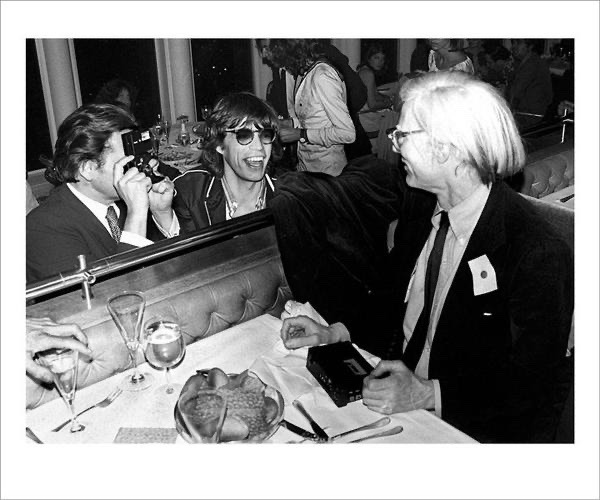 Mick Jagger and Andy Warhol having a chat at Windows On The World – NYC, 1978

This week, Donald Macleod looks at Satie as a trailblazer and humourist as well as his penchant for composing in threes, his copious, playful and highly idiosyncratic writings and his serious side.

For full track listings, including artist and recording details, and to listen to the pieces featured in full (for 30 days after broadcast) head to the series page for Erik Satie (1866-1925) https://ift.tt/3u5HCZy

from Composer of the Week https://ift.tt/3vxb4Yu
via IFTTT 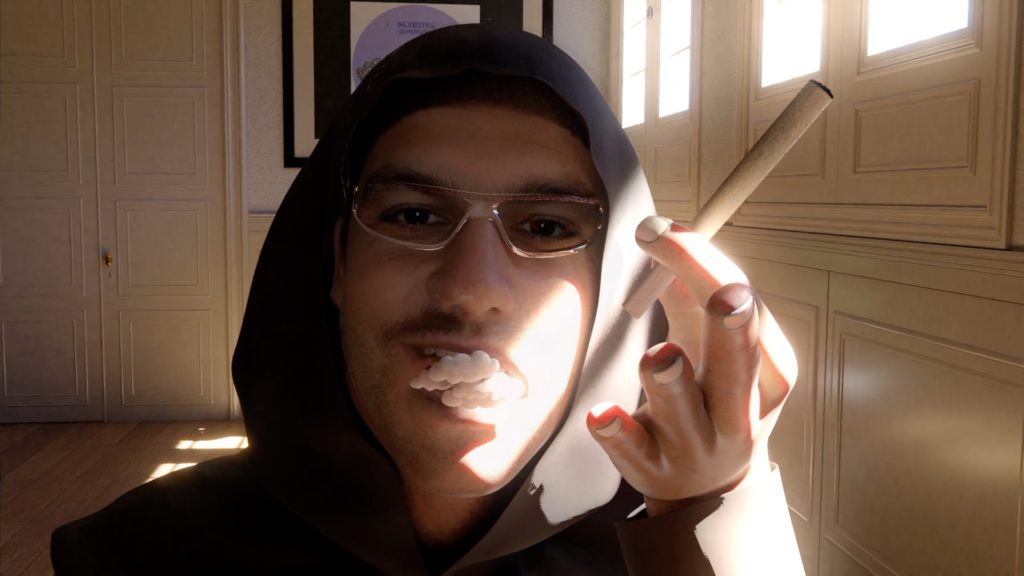 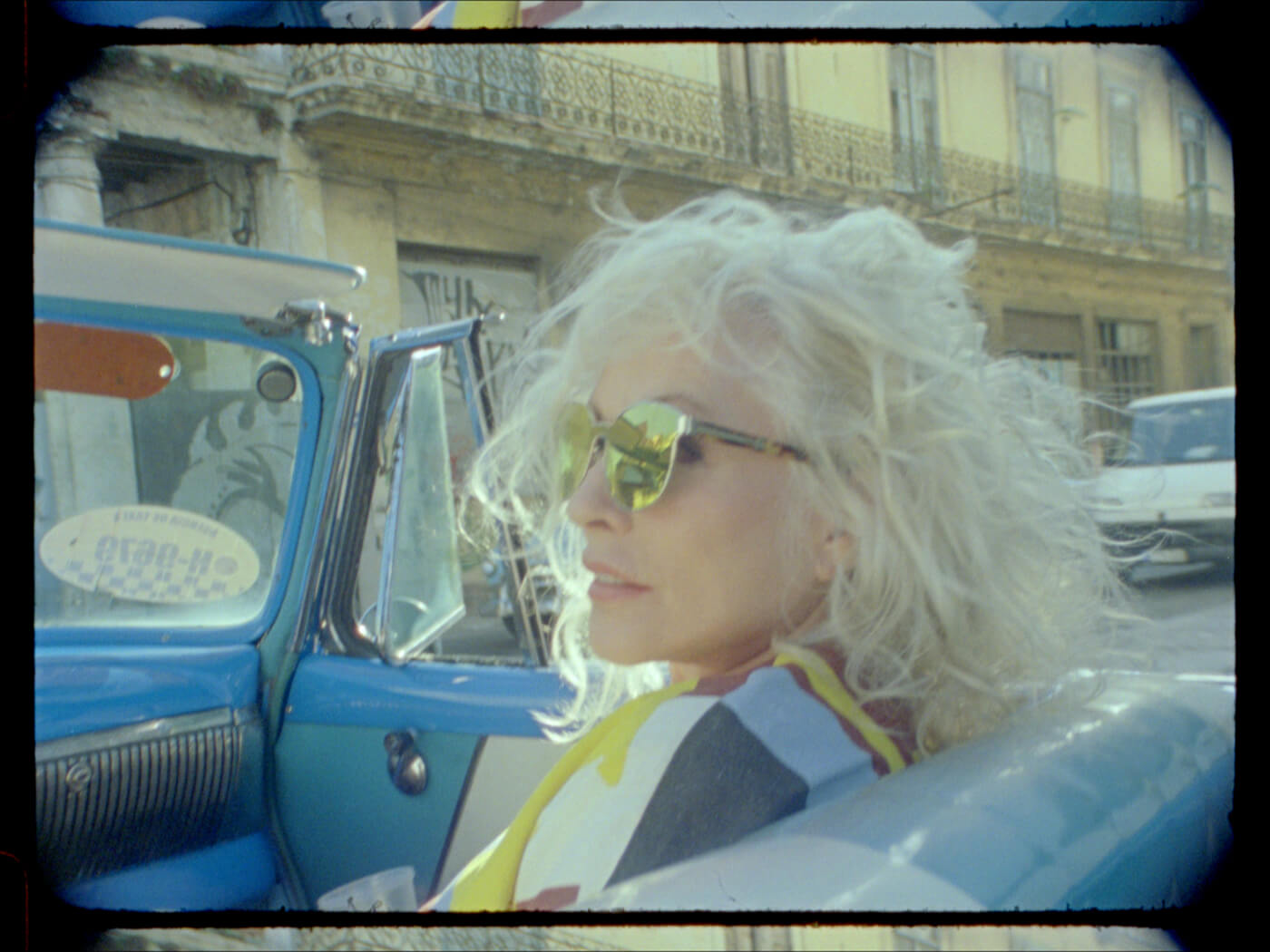 The seeds for Blondie’s Cuban trip were planted way back in 1976 on their very first album, with the song “Man Overboard” and its endearing attempts to punk up a Fania-style groove. “Latin music has always been part of the feel of New York, so it’s a part of our roots too,” insists Debbie Harry.

It’s an influence that has surfaced periodically over the years – think of “Maria” or “Sugar On The Side”, the 2011 collaboration with Colombian group Systema Solar – so the band jumped at the chance to play two shows at Havana’s beautiful art deco Teatro Mella in March 2019, supported by local artists Alain Perez, David Blanco and long-running jazz-fusion band Sintesis.

Naturally some of the Cuban musicians ended up on stage with Blondie, and the results are being released as a five-track EP this Spring, along with a short film documenting the band’s Cuban cultural exchange. “We had some percussionists come up and play with us and they just added this terrific level of excitement to the songs,” says Harry. “On ‘The Tide Is High’, some of the women sang with me and they did the original harmonies that John Holt had put on the song, and it was so beautiful. I was just moved by the whole thing. Music seems to cross boundaries, and thank God for that.”

Harry describes their visit to Havana as a “dream come true”, even if she regrets that Chris Stein – Blondie’s biggest Latin music champion – wasn’t able to make it for health reasons. “Cuban music and culture is so unique and inspiring. Chris and I always wanted to go, but for many years there was a travel ban. I’ve always felt there was a tragedy in [the USA’s] relationship with Cuba.”

Drummer Clem Burke confirms that in addition to the musical benefits, the exchange “also opened our eyes to the oppression of Cuba by the United States, which seems completely unnecessary. It’s such a friendly country, and it’s a joke to see it as any great communist threat. There’s so much appreciation for art and music and nature. The people have a joy for life, and it was great to see that first-hand.”

Sadly, soon after Blondie’s trip, Donald Trump reimposed travel restrictions, quashing Harry’s hopes of an immediate return to collaborate with the Cuban musicians in more depth: “I would really like to write music with them – you never know how far it can go. But I look forward to an ongoing musical exchange. It’s a door to the future.”

Blondie are currently working on the follow-up to 2017’s Pollinator, although that too has been put on hold owing to the pandemic. “We’re just assembling ideas at this point,” says Harry. “We have a nice list of tracks, although they’re not developed. I’m looking forward to doing what we did on the last album, which had more of a live feel to it. Once we’re cut loose from this quarantine situation, everyone’s going to be really energised.”

2021 will be a busy year for the band, who have also announced a UK tour for November off the back of a new archival boxset, Blondie 1974–1982: Against The Odds. “[The current situation] makes me want to look back a little bit and revitalise tracks that we don’t normally get to play,” says Harry. “I’d like to do a show that’s two-and-a-half, three hours long and play a lot of this music, just to celebrate it.”

Tom Pinnock Send us your questions for Tracey Thorn 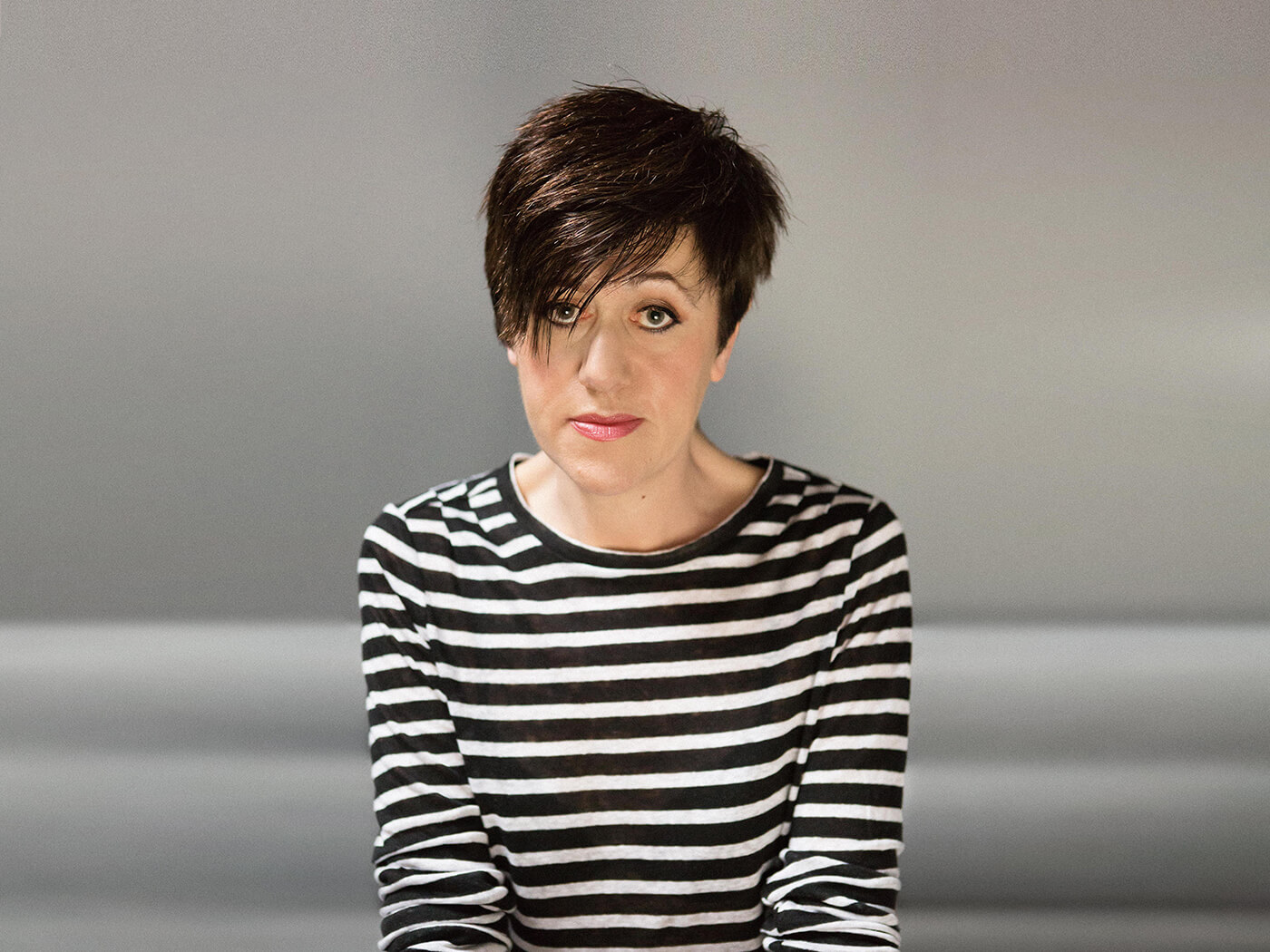 While she’s looking back at her life and work, we’ve asked her to answer your questions for Uncut’s next Audience With feature.

Over the course of four decades in music, Thorn has created a catalogue of stellar records with Everything But The Girl, Marine Girls and on her own, experiencing indie cult fame and then global pop success, and collaborated with Massive Attack, The Go-Betweens, Robert Wyatt and more. 2018’s Record, mixing danceable rhythms with messages of protest and empowerment, was the latest in a series of impressive solo albums. In the last decade she’s also carved out a career as a writer of sensitive, thoughtful and funny books, beginning with 2013’s Bedsit Disco Queen, and continuing with Naked At The Albert Hall, Another Planet: A Teenager In Suburbia and now My Rock’n’Roll Friend.

So what do you want to ask Tracey Thorn? Send your questions to audiencewith@uncut.co.uk by Monday (May 4), and Tracey will answer the best ones in a future issue of Uncut.

The post Send us your questions for Tracey Thorn appeared first on UNCUT.

from UNCUT https://ift.tt/3gPVNxP
via IFTTT 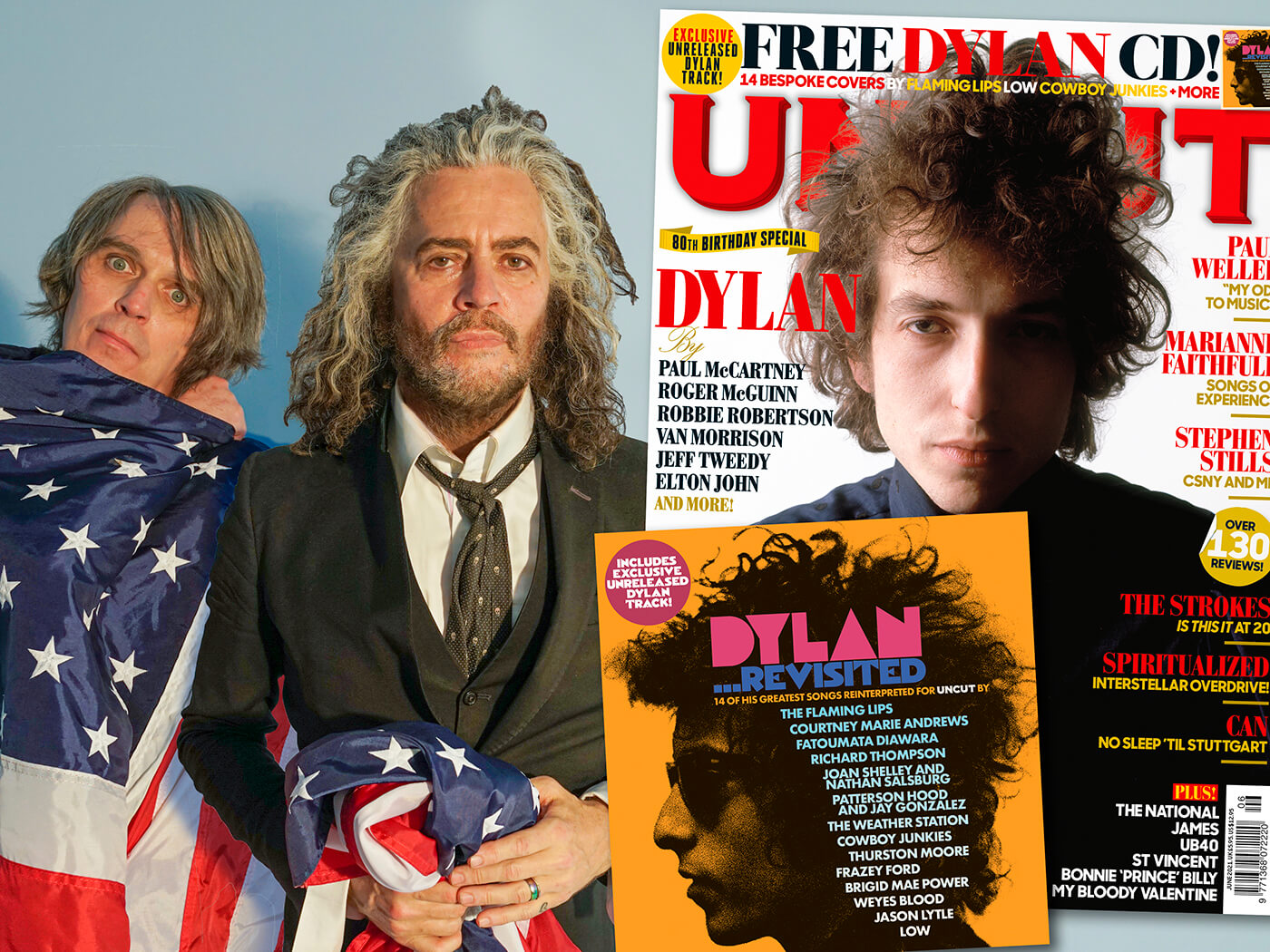 The June 2021 issue of Uncut comes with a free, 15-track CD, Dylan Revisited – a new compilation featuring exclusive covers of Bob Dylan songs by Low, Weyes Blood, The Weather Station, Cowboy Junkies, Richard Thompson and many others as well as a previously unreleased Dylan track.

In case you’ve not yet picked up an issue, let us tempt you with Flaming Lips’ cover of “Lay Lady Lay” below.

Dylan Revisited is only available, free, with the June 2021 issue of Uncut, which is currently on sale in UK shops.

Spanning six decades, from 1960 to 2020, these remarkable stories shed new light on rock’s most capricious and elusive genius, whose startling transformations from folk hero to electrified renegade and beyond continue to captivate us all. 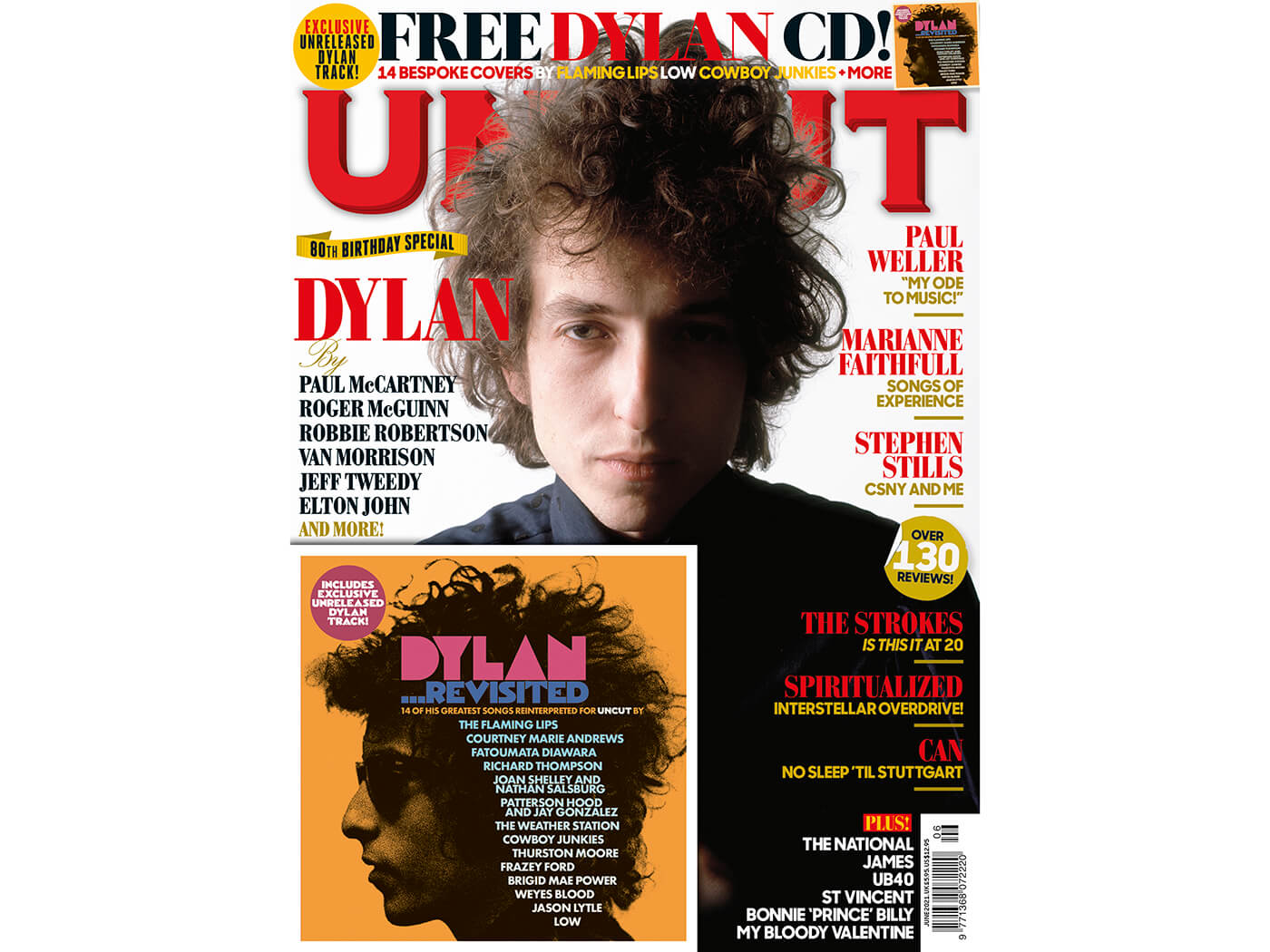 from UNCUT https://ift.tt/3t5ATxl
via IFTTT

This week’s episode features Down In The Valley based in Minneapolis. “Over the last 10 years with Record Store Day and records becoming more popular and more mainstream, you see a lot of younger people, more women shopping for records and it’s really cool.” – Steven Williams

Behind The Counter is a 12 part video series that tells the stories behind the wonderful world of independent record stores. Presented by Classic Album Sundays and Record Store Day in partnership with Bowers & Wilkins.

A new episode will drop every Thursday in the run up to #RSD21​ which will share the unique stories from around the US. Get to know your local shops!

The post Behind The Counter US 2021: Down In The Valley, Minneapolis (Episode 1 of 12) appeared first on Classic Album Sundays.