Fifty years later, remastered editions of The Beatles’ ‘White Album’ have been released by UMe/Apple/Capitol, and these editions include plenty of extras to get excited about. Here’s a look at the 3-CD anniversary set with the Esher demos included. ►

from Goldmine Magazine https://ift.tt/2rj8PZR
via IFTTT

dharmachine Discogs Spotlight: A Resource For Discovery And Awareness

Discogs Users may have noticed something new on their Dashboard lately. It’s a new visual feature we’re calling the Discogs Spotlight.

Discogs Spotlight is our featured visual communication unit that resides on the Discogs Users dashboard designed to give our Users a resource for discovery and awareness. Discogs Users will now have the opportunity to discover information from Discogs and Discogs Partners regarding exciting reissues and new releases from our Label Partners, new products launches like Near Mint, Discogs Exclusives, Payments and Shipping Policies for Discogs Sellers, and our popular reporting like our Most Expensive Top 30 Items Sold and Year-End Reporting, just to name a few plans.

The post Discogs Spotlight: A Resource For Discovery And Awareness appeared first on Discogs Blog.

from Discogs Blog https://ift.tt/2E1zn9r
via IFTTT 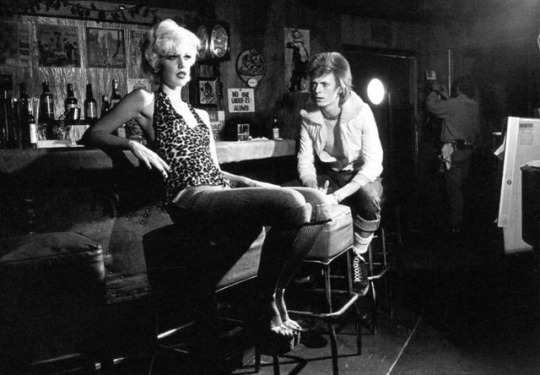 via The Real Mick Rock https://ift.tt/2G0cSV1

'The all-pervasive melancholy of Les Regrets'

This week's free download is Couperin's Les Regrets, taken from Ordre No. 3 of his works for harpsichord. It is performed by harpsichordist Bertrand Cuiller and recorded on the Harmonia Mundi label. The recording was awarded four stars for both performance and recording in the December issue of BBC Music Magazine.

#morninglistening to #childrenssongs op.152 by wonderful #Rheinberger on #ArsProduction
Amazon: http://a-fwd.to/6GoxQ6a
#Liederbuch für Kinder
Students of #ClemensMorgenthaler / Feldkirch, #Vorarlberg, perform these simple ditties about sparrows and whatnot. Very much charming, children-appropriate stuff, alas harmonically not what makes #JosefRheinberger so special. Of interest for german

from Ionarts https://ift.tt/2QBb6hc
via IFTTT

Freya Parr Six of the best musical scores for theatre

Sunday in the Park with George (1984) – Stephen Sondheim

Stephen Sondheim’s masterpiece throws light on some eerily resonant truths about the process of making art, and the effect that process has on the lives of those around the artist.

Its central character is George Seurat, the post-impressionist painter whose most celebrated work, A Sunday Afternoon on the Island of La Grande Jatte, is created out of a multitude of tiny multi-coloured dots.

Sondheim parallels that pointillism and colour in the harmonically adventurous score and orchestration in a most ingenious way. Probably its most famous song is 'Finishing The Hat', a soliloquy on the artist’s preoccupation with his work while the outside world – the rest of life – passes by his window.

Nowhere in Sondheim’s output does music feature so heavily, or arguably in such a central way to the drama, than in the score for Sweeney Todd.

Its epic scale, dramatic force and sheer scale of underscoring and sung material puts it more in the realm of an opera than a musical.

The plot for this 90s musical is simple enough: Floyd is a caver who gets his foot trapped deep underground. Yet the score is striking for its highly original (and unlikely) fusion of styles; one description of it might be 'Bartók meets country and bluegrass'.

There are delightful numbers everywhere in this score, including 'Lucky' in Act 1, and 'The Dream' in Act 2. But the emotional highlight for me is the moving final number, 'Where Glory Goes', in which the dying Floyd Collins wonders what he can expect in the afterlife.

It used a ‘verbatim' style, in which interviews with members of the community were recorded, transcribed and performed by the actors exactly as they were spoken, but the genius of Adam’s score was that this principle extended to having the music’s rhythmic patterns and pitch contours all following this scheme too. London Road was subsequently turned into a film, directed by Rufus Norris and starring Olivia Colman and Tom Hardy.


The trailer for London Road (film)

These days we take for granted that a musical should integrate its stage elements in a seamless believable way, with the songs and dances springing naturally from the dramatic demands of the characters and the text and advancing the plot.

But this wasn’t always the case; in the early days of American musical theatre, the focus was very much on superficial humour and show-stopping numbers and effects that interrupted the flow of what (little) story there was.

Rodgers and Hammerstein’s Oklahoma was one of the first important musicals to change this pattern. Alongside a story that features rounded and developing characters, the score is full of highly memorable tunes. The song 'Out Of My Dreams' and the ballet sequence based on it are utterly mesmerising.


The song 'Oklahoma!' from Oklahoma


The cast of Carousel perform 'Blow High, Blow Low' at the 2018 Tony Awards


The cast of Hair: The 50th Anniversary Production at West End Live


Prologue from West Side Story


The trailer for the Disney film adaptation of Into the Woods

Adrian's War Horse: The Story in Concert has been re-released on CD and vinyl by BMG, narrated by Michael Morpurgo and Joanna Lumley. For more information, visit warhorseinconcert.com.

Ace Frehley talks about his latest solo album, ‘Spaceman,’ and growing up a ‘Bronx Boy.’ ►

The post Ace Frehley returns as the ‘Spaceman’ appeared first on Goldmine Magazine.

from Goldmine Magazine https://ift.tt/2FYBQUZ
via IFTTT

Goldmine1 Where Are They Now? — Crack the Sky

Veteran band Crack the Sky are ‘still alive and still around’ and double down with two 2018 releases. ►

The post Where Are They Now? — Crack the Sky appeared first on Goldmine Magazine.

from Goldmine Magazine https://ift.tt/2FYBn5b
via IFTTT