jfl #morninglistening to #WilmaLipp who died two days ago. RIP. ♡…

from Ionarts http://bit.ly/2MA6dAL
via IFTTT 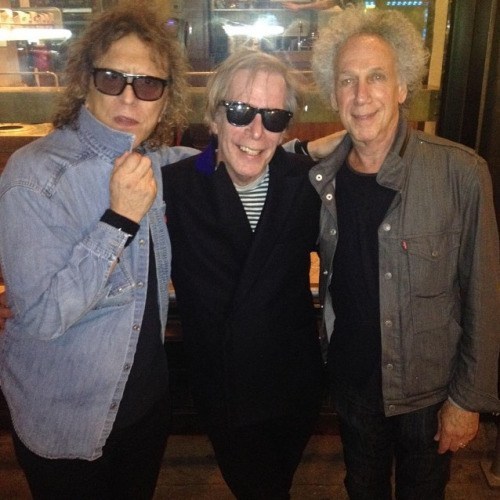 via The Real Mick Rock http://bit.ly/2TfgtRb

Part 1 of an interview with The Kinks about their classic album, ‘The Village Green Preservation Society,’ among other things. First part of the interview is with guitarist Dave Davies. ►

from Goldmine Magazine http://bit.ly/2WsR6h9
via IFTTT

from Ionarts http://bit.ly/2FSKq6J
via IFTTT

from Goldmine Magazine http://bit.ly/2ThucHq
via IFTTT

Goldmine1 The Flip Sides of Cher

The post The Flip Sides of Cher appeared first on Goldmine Magazine.

from Goldmine Magazine http://bit.ly/2UoEPs5
via IFTTT

Goldmine1 The Flip Sides of Cher

The post The Flip Sides of Cher appeared first on Goldmine Magazine.

from Goldmine Magazine http://bit.ly/2UoEPs5
via IFTTT

from Ionarts http://bit.ly/2HClnXn
via IFTTT

The prolific French film composer and pianist Michel Legrand was one of a select band – think fellow-pianist Dudley Moore, for example – whose prowess in parallel fields masks their relevance as a practicing jazz musician. Legrand, who died in Paris on 26 January aged 86, wrote over 200 film and TV scores, many jazz-tinged, and a host of songs that have endured, garnering him three Oscars and awards aplenty along the way. Legrand’s father Raymond was a noted conductor and his older sister Christian Legrand, who died in 2011, performed with the Double Six and the Swingle Singers and Legrand himself studied with Nadia Boulanger at the Paris Conservatoire, becoming a commercial arranger at the age of 20.

Having gained considerable success as a composer and songwriter, Legrand travelled to New York in June 1958 to record his brilliant recastings of familiar pieces issued as Legrand Jazz. Columbia paid for him to hire the best players of the day including Miles Davis, sublime on ‘’Round Midnight’, Phil Woods, John Coltrane, Bill Evans and Ben Webster (sensuous on ‘Nuages’), the results cited by many critics as of five-star quality. Ten years later, he recorded as a trio leader at Shelly’s Manne Hole in Los Angeles, his style owing much to Oscar Peterson, with bassist Ray Brown and Manne on drums. There were further collaborations with key US and French musicians, including albums written for Stan Getz and Sarah Vaughan; I recall a marvellous evening at the Petit Opportun club in Paris when he unleashed his (occasional) big band, packed with star French players, fronting but never dominating a glorious set of performances.

While press comments and his detailed obituaries will concentrate on his extraordinary success as a movie composer and writer of songs, these including ‘The Windmills of Your Mind’ from The Thomas Crowne Affair, his jazz credentials should not be understated. Seldom heard in Britain – there was a trio tour in 1979 with Pierre Michelot on bass – he had planned his ‘good final chapter’ to include a concert in London. Not anymore.